Conservatives like a certain genre of fables they believe illustrate the absurdity of liberal attempts to combat inequality. The best-known example is probably the affirmative action bake sale, a popular event where collegiate conservatives use an inequality-based pricing scale to demonstrate that whites are actually the ones discriminated against in college admissions.

The bake sale fable is a serviceable illustration of conservative myth-making. The story is typically a snappy scenario that drastically simplifies reality into a kernel of unassailable logic—logic that unfailingly illustrates that a privileged class is actually the one being victimized. This method is apparent through countless conservative bestsellers, from Dinesh D'Souza's The End of Racismto AEI president Arthur Brooks' The Battle, which describes an economic culture war where a small anti-capitalist cabal has stiff-armed its way to cultural power and brought America's free enterprise system under attack. Argued, incredibly, at a moment when the clout of industry and finance in Washington has never been more formidable, Brooks' book is a perfect example of what Marx would describe as capitalism buying the consent of its underlings. As capitalism's inevitable inequalities and exploitation become apparent, its tales of its own victimization must grow ever more shameless.

It's no surprise then, that an attack on the progressive income tax recently published in the Hoover Institution's Policy Review opens with a fable. Three brothers take different paths with their work and investment, and end up with drastically different amounts of wealth. When they decide to pool their money on a civic improvement project, the less wealthy brothers expect the very rich one to pay the most despite the fact that each has received the same benefit from the project. Though the author of the paper eventually concedes that his fundamental corner-cutting—having his characters all begin with identical levels of opportunity—"changes the picture significantly," the fable nicely encapsulates the thrust of his argument: that the rich have earned their wealth with their intelligence and hard work, and that asking them to pay a larger share of the tax burden is tantamount to punishing their success.

This is a common belief on the right, but it is based on a credulous faith in what the individual human work ethic is able to accomplish under our "free enterprise system." Even more credible conservative economists take as gospel that hard work leads to increased success or financial improvement. There are plenty of inspiring accounts of the hustling entrepreneur who turned abilities and passions into a profitable business. It's a path deeply woven into the American psyche, which is perhaps why it still inspires such populist reverence even after it has been shown to be the exception to the rule. All Americans, not just conservatives, like to believe they have a real opportunity of being rich at some point in the future. But an American born today has an infinitesimally small chance of substantially improving his or her social condition; in fact, the chances of that happening are smaller here than in almost any other developed nation in the world.

The Hoover analysis, an abridged paper by venture capitalist Kip Hagopian, argues that income levels are determined by "aptitude, work effort, and career choice." Even if we did accept this oversimplified breakdown, aptitude itself—"the capacity to produce, or to earn income"—is a serious blow to the idea of a primarily merit-based system. No one determines his or her own aptitude, as Hagopian admits; it is "distributed unequally." All the elbow grease in the world cannot make up for the lack of a beautiful face, giant feet and webbed fingers, or being born to white parents with post-graduate degrees. And besides the wide discrepancy in "aptitude," the reality is that an indefatigable work ethic matters much less than pure luck in determining a person's future income. Simply being the child of wealthy or educated parents statistically guarantees a level of social and financial success that most born in the lowest income brackets cannot achieve even with a much greater level of effort. Children of poor parents have a slim chance of going to college, which plunges them into a cycle of poverty as more low-level jobs demand advanced education. 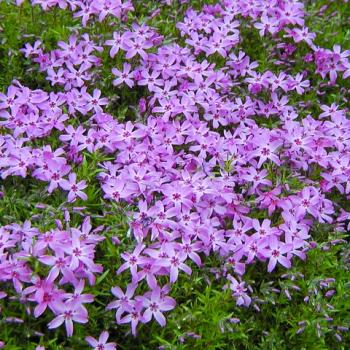 Practices From the Inside Out: The Sacred in the Everyday
Greg Richardson
2 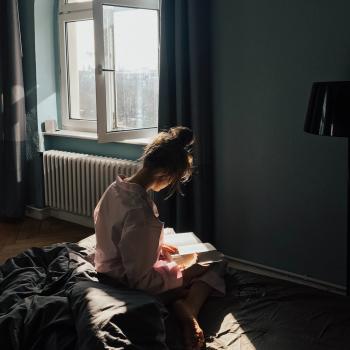 How to Understand Your Bible More Easily
Kelley Mathews
Get Patheos Newsletters
Get the latest from Patheos by signing up for our newsletters. Try our 3 most popular, or select from our huge collection of unique and thought-provoking newsletters.
From time to time you will also receive Special Offers from our partners that help us make this content free for you. You can opt out of these offers at any time.
see our full list of newsletters
Editor's picks See all columnists