Just unveiled, the President's Interfaith and Community Service Campus Challenge is an initiative that targets universities to bring together "people from different religious and non‐religious backgrounds tackling community challenges together." This is part of a growing trend of inclusivity in religiously organized charity efforts. Interfaith organizations do important work in serving their communities, but don't organizations with the word "faith" in their title inherently exclude one of the most rapidly growing demographics in the United States: the non-religious? As someone who helped run the Interfaith Alliance during the 1990s and maintains a strong interest in cooperation between progressives of different beliefs, I've given careful consideration to this question.

It's useful to look at this new development in the context of the history of interfaith initiatives. There continues to be a gradual shift toward inclusivity that began decades ago, when modern ecumenical movements were composed of Christian humanitarians who decided that they could put aside some of their theological differences in order to collaborate. Later, ecumenical groups extended their outreach not just to Christians, but also Jews, and sometimes even to Muslims. In the mid 1990s, since the word "ecumenical" became increasingly incoherent in the context of diverse religious cooperation, the Interfaith Alliance and local interfaith conferences started popularizing the use of the term "Interfaith." Today interfaith is everywhere, with groups like the Interfaith Youth Core, the Interfaith Drug Policy Initiative, the InterFaith Council and hundreds, if not thousands more.

As a humanist, it's been nice to watch the blossoming of interfaith cooperation and see all these faithy people getting along! And with the progressive nature of interfaith groups—the more conservative your religious beliefs are, the less likely you'll want mix with the hell bound—I find we're increasingly working with these groups to get shared goals accomplished. It is essential for humanist groups at least to cooperate with progressive people of faith in order to have a chance at achieving our common aims. But now, progressive faith groups have become so gosh darn inviting, that we nontheists are being asked more and more often to be equal players in interfaith efforts . . . well, sort of.

What does it mean to be an equal player in a group that's actually titled in such a way that you are automatically excluded? If the Service Men's Club allowed women to join, the women joining might understandably feel a little out of place. The same could be said for blacks joining a white-only country club. The ideal way for theists to welcome nontheists on equal ground would be to organize everyone under a banner whose common strand isn't faith. Just as Christianity in ecumenicalism had to be expanded to faith in order to accept diverse religions in interfaith, the concept of faith must now be expanded further if we wish to be woven together by our common thread of humanity. But finding universal principles like reason, compassion, and equality-based ethics would be taking the organizing mission awfully close to humanism, and religious circles probably aren't ready for that leap of faith—not yet.

So what are we humanists, atheists, and freethinkers to do with these invitations from well-meaning interfaith organizers? As uncomfortable as it may be, some might want to consider accepting these invites. After all, this progress toward viewing ourselves as one world and one people might have been seriously delayed if Christian denominations never got together under the banner of ecumenical, and if Jews and Muslims refused invitations to participate with Christian groups. We have to get to know each other if we want to get to the point where religious and nonreligious share equal respect.

Furthermore, if these invitations are rejected, nontheists would be passing up many opportunities to be involved in work that improves the lives of others. Humanists share a deep conviction that we must aspire to the greater good of humanity, and most are activists and contributors to many good causes. It would be a shame to relegate effective interfaith works just to the faithful. Our inclusion as the token atheists might seem demeaning (and in some cases, it certainly is) but the alternative is far worse: giving up our chance to be involved.

Then again, there are those who observe that we have plenty of opportunities to produce results from our do-gooding without the alienating label of "interfaith." There are some truly inspiring examples of our organizing amongst ourselves like Camp Quest, Humanist Charities, and the Humanist Institute. We can also participate in efforts that are unrelated to faith or unfaith, like Doctors Without Borders, Planned Parenthood, and Oxfam. And avoiding interfaith efforts also avoids involvement in programs where government comingles church and state. 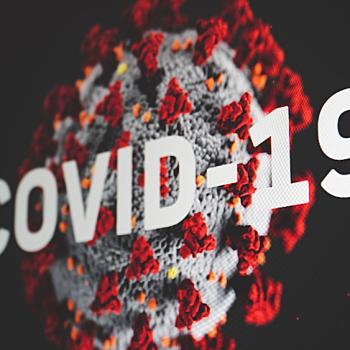 The Forced Birth Movement Hates Real Religious Liberty – How to Use That...
Gregory Paul
4