I am not a child of the internet generation. When I went to elementary school, there were no cell phones, laptops, or personal computers (not until I was in fifth or sixth grade for the latter anyway, and then they weren't particularly accessible). I learned to type on a manual typewriter and still ask for 'typing paper' rather than 'printer paper' when I go to Staples. I didn't learn how to use a computer until my early 20s. Moreover, I dislike the contemporary fad for always being connected or 'plugged in,' and I actually have a fairly long attention span. I find much of what seems to have come with the internet age frenetic and disjointed. Certainly, the idea that, outside of its potential for research and networking, the internet might be a place for the actual expression of one's devotion and spirituality was, until quite recently, utterly ludicrous to me.

Lately, however, I've had to seriously rethink the potential of technology as a spiritual tool. Over the past . . . oh, maybe two years . . . I've begun seeing a plethora of virtual shrines to various Deities cropping up. These aren't simply "fan" pages to a particular God or Goddess (though I think those are pretty interesting too), but actual shrines where one can make donations, leave virtual offerings, and/or light virtual candles. To my mind, this is the contemporary, online equivalent of the tiny little road-side chapel where one might stop during the course of one's daily meanderings to light a candle in offering to a Deity before continuing on throughout one's day. They are touchstones, easily accessible points of connection, ways of doing something spiritual, doing something for one's Gods however small, even while in the midst of a hectic workday. I like that. I like its simplicity. I like the way that this particular medium has been transformed into something that echoes a very old way of worship.

It's a fact that most of us spend an inordinate amount of time online, both for work and leisure. The internet is part of our world, part of the communities in which we live, move, and with which we interact. It makes sense that it would also become a venue for the expression of devotion.

A thousand years ago pilgrims journeyed across Europe to seek out holy places, a special shrine or statue, perhaps a saint's reliquary. They made longer pilgrimages to Jerusalem or Rome at a time when such travel was dangerous, dirty, and difficult, at a time when the average person never left his or her village. With the way our lives are today, it can be all but impossible sometimes to find more than a few minutes during the workday to connect. Sometimes all one can do is surreptitiously seek out a web shrine as a place of spiritual connection, comfort, and peace. If a tiny point of connection and grace can be made through the clicking of a mouse and the lighting of a virtual candle, I think that's a really good use of the internet! It's no different from physically going into a chapel and lighting a match; it just requires a radical alteration of our concept not only of 'place' but of 'holiness' as well.

Piety is hard for us moderns. It's not something—Pagan, Heathen, or not—that we cultivate easily. Being able to take two or three minutes out of the workday to give some thought to the Gods is not a bad thing at all. Lighting a candle is a matter of mindfulness and intent; what does it matter in the long run, whether that energy and focus takes form in flame, or in the energy released via the click of a mouse? The prayers are the same. As a friend of mine said, when he heard I was writing about virtual shrines: "Gods' place is everywhere you are."

I've even seen Facebook used in this manner. Quite recently a colleague created a month long 'event.' That event was the creation of a page, active for a solid month (and updated every month), where people could go to honor their ancestors. I found this a delightful idea and surprisingly powerful in practice. Like many of my co-religionists, I was dubious for a long time about the efficacy of virtual temples and shrines. Slowly but surely I've come around, to the point that I've even sponsored the construction of a couple myself. Far from rolling my eyes now or dismissing the idea of such virtual devotion, I've come to see it as a useful tool and to embrace it as a natural evolution of contemporary spiritual expression.

The biggest objection I've seen (and my own objection once upon a time) is the question of whether or not clicking on a virtual candle is the only thing a person is doing. I've come to realize that engaged spirituality means allowing the Gods to filter Themselves into every aspect of our lives and the internet is one of those aspects. I think that it's important to realize with these shrines that devotion doesn't stop here. As my colleague Elizabeth Vongvisith so powerfully put it: "I see the virtual shrines thing as 'in addition to' rather than 'instead of.'" Also, it provides isolated people a way to connect with others who honor their gods. I've had a few people thank me for putting up a small virtual shrine to Loki, since it helped them to see that others honor Him too. Faith is a hard thing for folks to carry alone in a culture which doesn't recognize our gods, and I feel honored that my small efforts have made a difference for some people as well as informing others about Loki and some of the ways His folk honor Him."

My response to the Harry and Meghan interview: Three biblical principles and a...
Jim Denison
2

What Is Soft Theism?
Bob Seidensticker
4 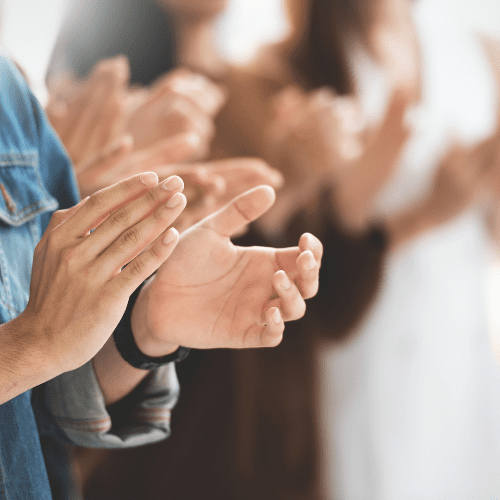 Under God's Influence
Billy Kangas
Get Patheos Newsletters
Get the latest from Patheos by signing up for our newsletters. Try our 3 most popular, or select from our huge collection of unique and thought-provoking newsletters.
From time to time you will also receive Special Offers from our partners that help us make this content free for you. You can opt out of these offers at any time.
see our full list of newsletters
Editor's picks See all columnists