What Is My Dharma?

In my late 20s, as a recovering existentialist in the midst of a life-crisis, I came across the Bhagavad Gita, and read for the first time Krishna's words on dharma. You probably remember the situation: the warrior-prince Arjuna, paralyzed by confusion at the prospect of having to kill his kinsmen in a war, begs his friend and teacher, Krishna, for help. Though Krishna's response touches on every essential aspect of the inner life, from how to meditate to what to expect when we die, the lines that struck me were these: "You are a warrior," Krishna tells his pupil, "your svadharma, your personal duty, is to fight. Therefore, stand up and do battle. Better your own dharma badly performed than the dharma of another done perfectly."

Is it possible to read that sentence without asking yourself the question "What is my dharma?" I felt that I'd suddenly found words for a question I'd been trying to formulate my whole life. I made my living as a writer—was that my dharma? I'd just begun serious spiritual practice—was that my dharma? I had a life-long aversion to the conventional rules of society—was that a sign that I was out of line with dharma, or simply that I followed a dharma that was uniquely mine? Was there really, as Krishna's words seemed to imply, a blueprint for right action, perhaps lodged in my DNA, that could provide my own personal path to truth? Was that the clue to the question that had confused me for most of my life, "What am I really supposed to be doing?"

Years of practice have convinced me that there is such a thing as personal dharma, and that unless we're in touch with it, we're out of touch with our real source of strength and guidance. When we are inside our dharma, spiritual growth seems to happen naturally. When we aren't, we feel stuck and stymied not just in our work and relationships, but in our inner life as well.

But what exactly does it mean to be in touch with our dharma? And how should we define dharma? My massage therapist is sure he knows; he often says, in impassioned tones, that his dharma is to convince people to eat a raw food diet. My friend Linda, on the other hand, is having what she calls a dharma crisis: she needs to go back to work, but thinks it would be undharmic to leave her 18-month-old baby in daycare. ('Undharmic' being yoga-speak for all manner of rule-breaking, from cutting in line at the movies to sleeping with your yoga teacher.) Buddhists, of course, use the word as a synonym for the inner journey, or for Buddhism itself, as in the title of Kalu Rinpoche's book The Dharma, or Jack Kerouac's The Dharma Bums.

If all these people are using the word correctly—and they are—then dharma has at least three meanings. Your dharma can be your personal life path, your calling. It can be a synonym for right action, the moral or ethical good in a situation. Or it can mean the spiritual path itself. If you look up "dharma" in a Sanskrit/English dictionary you'll find it translated as "religion," as "the path," as "natural law," as "righteousness," as "duty," as "truth," as "virtue," as "correct action." The word itself comes from a Sanskrit root (dhr, if you're interested) that means "to support or uphold," and also "to nourish." "Dharma is so called," says the Mahabharata, "because of its capacity for sustaining the world."

So one clue to discovering whether you're following your dharma might be to ask yourself whether you feel that the universe supports you in what you do, or whether your actions and way of life helps you feel connected to some sort of universal truth. Most traditional teachers agree that dharma is connected to the underlying order of the universe. I would add that to follow your dharma is to align yourself with the most evolved level of your own consciousness.

When one of the sages in the Mahabharata says, "When dharma is protected, it protects you," he meant that something in the very fabric of life will create some sort of order or pattern out of the natural chaos of existence. Whether you call it dharma or "truth" or "God's will" or even the "evolutionary imperative"—that force, like gravity, tends to move the world toward the state of harmony that the Greeks called the good. It may move crab-like, one step forward and two steps back, but somehow, at the end of every cycle, dharma prevails.

If dharma is the macro level of this force, swadharma, literally "own duty" or "own virtue" is the individual, micro patterning, the inner imperative that aligns our individual actions with the greater Consciousness as it evolves toward its highest possible expression. Swadharma is linked with the idea of "calling," or vocation, so to follow your swadharma is to follow the thread of guidance that "calls" you to express your being in unique ways. Since our calling is the instrument we play in the symphony of life, when we don't express it, we are actually depriving the universe of the very thing that we were meant to contribute. A 19th-century rabbi named Zusia once said, "God won't chastise me for not being Moses. He'll chastise me for not being Zusia." For each of us, the highest imperative, the core of svadharma is somehow bound up with your willingness to be yourself. 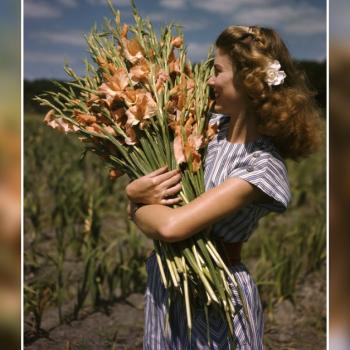 Who is a Traditional Woman?
Punky Mantilla
3 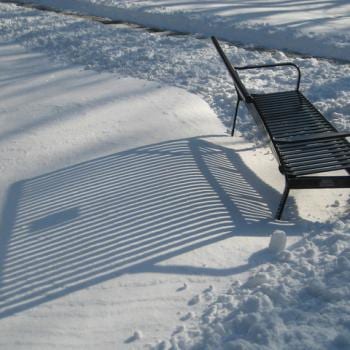 Listening to Sacred Stillness: Stillness Teaches Us Patience
Greg Richardson
Get Patheos Newsletters
Get the latest from Patheos by signing up for our newsletters. Try our 3 most popular, or select from our huge collection of unique and thought-provoking newsletters.
From time to time you will also receive Special Offers from our partners that help us make this content free for you. You can opt out of these offers at any time.
see our full list of newsletters
Editor's picks See all columnists