American Muslims Are My Fellow Americans

A 2010 Time magazine poll revealed that 62 percent of Americans said they have never met a Muslim. This news, plus the alarming incidents last year surrounding the proposed Park51 in downtown Manhattan, led a group of concerned citizens and filmmakers to launch "My Fellow American," an online film and social media project calling on Americans to pledge and share stories about how Muslims are part of the American fabric.

Patheos' Dilshad D. Ali spoke with Alex Kronemer, the executive producer of "My Fellow American," about the vilification of American Muslims and the chances for cultural change.

How was this film born?

In the last couple of years, there seems to have been an upsurge of harsh language about Islam and about Muslims, starting with the previous [presidential] election and first years of the Obama presidency. The idea of the project came to us a couple of years ago when I was driving and listening to a talk show host rant about Muslims and Islam. The whole discussion at that point had become so abstract. There was a complete absence of awareness that there are actual people who existed behind the shouting. [The talk show hosts didn't realize that] when the rants where going on about Islam this or Muslims that, they were talking about their fellow citizens.

People weren't connecting the fact that [Muslims are] doctors, lawyers, political figures, teachers, your neighbors—they are good citizens like yourself. It became particularly troublesome, as with the Peter King hearings, when the actual loyalty of Muslims was being called into question. We wanted to do a project that addressed that.

Most of the works we've done in the past have been big documentary films for broadcast. The timeline to produce such a thing is long. This is something that needed to be addressed now. We needed to put a face to the Muslims who were being stereotyped and for whom all the shouting had become quite abstract. We needed to show that people are actually being affected when these things are said.

For the last 10 years, Muslims have been trying to define themselves and speak for themselves. There have been a number of projects that have tried to do that, but there weren't many projects that spoke to the other side. This idea began to grow in our minds during the Ground Zero/Park51 controversy. We began doing a lot of outreach at that time. We did a dialogue at Park51 on September 12, 2010, and that dialogue brought 150-200 New Yorkers, most of them of the interfaith community—70 percent non-Muslims. It was quite a moving, powerful event.

What we realized was that there were not many opportunities being provided to [non-Muslims] to talk about how we are moving in this direction of [unfairly] singling out Muslims. There were people there I spoke to [at the Park51 dialogue] who were there for America, who felt America's principles needed defending, who felt liberty and justice for all really meant that—for all. We saw [the "My Fellow American" project] as a way to bring into this discussion the many people who are not Muslims who nevertheless feel it's time to get beyond the shouting, who have stories to share, who want to share them not only because they want to defend Muslims, but they also want to defend what America stands for.

Is this a civil rights movement for American Muslims?

It's growing in that direction. Part what every civil rights moment for every group is when you come to this point where you have people on one side arguing in one direction and people on the other side moving in the other direction. And then you have the vast middle—and when the vast middle take some action or respond in their heart to prejudicial statement—only when that group begins to move in the direction of a pro-civil rights change, then we see change. It takes that moment. We want to make sure that that middle moves, and that there is opportunity to do so.

Is it possible to convince most of America that American Muslims are part of the fabric of this country?

On the General Authorities' Endorsement of Global Communism
Dan Peterson
2 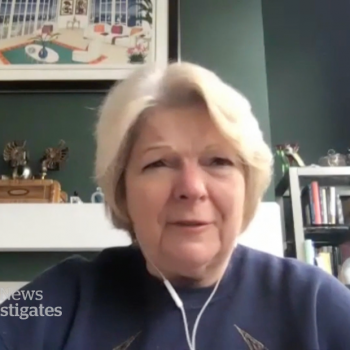 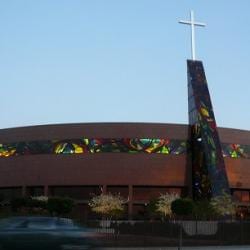 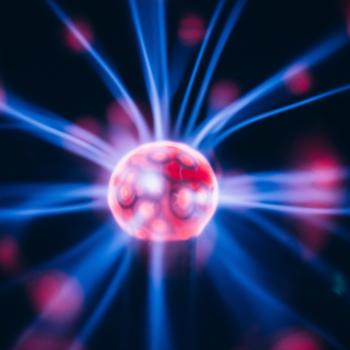 Of Light & Shadow: Learning to Appreciate the Chaos
Charlie Larson
Get Patheos Newsletters
Get the latest from Patheos by signing up for our newsletters. Try our 3 most popular, or select from our huge collection of unique and thought-provoking newsletters.
From time to time you will also receive Special Offers from our partners that help us make this content free for you. You can opt out of these offers at any time.
see our full list of newsletters
Editor's picks See all columnists