The Archbishop and the Prime Minister: Religion and Politics in Britain

The difference between our two situations is that over here the Church of England—of which Rowan Williams is the religious head—is the official and established church, and the ties between Church and State run deep. According to the official website of the monarchy, the Queen of England is titled the "defender of the Faith and Supreme Governor of the Church of England," and priests and bishops take an oath of allegiance directly to her. After the previous Archbishop of Canterbury has been given permission by the queen to step down, a new Archbishop of Canterbury is chosen in consultation with the prime minister and approved by the queen. Moreover, the Archbishop and twenty-five other Anglican bishops and archbishops sit in the House of Lords as the so-called "Lords Spiritual," and the Archbishop of Canterbury often speaks in the Lords on ethical and spiritual issues, as well he should; few people are better informed or more seriously engaged with such questions.

The connection between church and state in Britain is thus very different from that in the United States, where our First Amendment assured that "Congress shall make no law respecting an establishment of religion." From the outset, Americans resolved that we did not wish to have an established church, and while religious freedom was hardly uniform among the Colonies, the diverse religious traditions represented by our settlers mitigated against any single official expression of it. But did we lose anything in choosing not to have an established church?

The Church of England has provided a backbone of tradition and liturgy most apparent during the recent Royal Wedding when Rowan Williams and the Dean of Westminster Abbey presided at a fairy-tale confluence of Church and State. As the nation has grown more diverse and actual church attendance less and less a part of national life, many observers have noted that the parish church and the Anglican prayer book have continued to provide a core identity for even those Britons who feel no attraction to Christianity. As novelist Philip Pullman, an atheist, noted in an essay in the offending issue of the New Statesman, the Anglican way remains part of the "customs of his tribe":

We can't abandon those early memories, by which I mean both that it's impossible and that it would be wrong. It is those that have made us and not we ourselves. . . . I'm not a believer, but at the same time it is my business: because of those memories of mine and because the Church of England is the established church of this nation. It belongs to all of us. We're all entitled to hold opinions about it.

Tradition and common values are all very fine, however the Williams kerfuffle brings up the obvious negative of an established church where national politics are concerned: How does the government's church criticize the government? How can it serve as a countercultural force when it is an established part of the culture? How does it condemn Constantine when Constantine has given so much to the church and to those who make it run?

Although he is the religious leader of a national church, Rowan Williams is also the convener of one of the world's largest gatherings of Christians, the Anglican Communion. He is also a Christian theologian and ethicist of the first rank. Thus, whatever the political fallout, he simply cannot keep silent when he witnesses what he perceives to be inequity or injustice, even though his position in the Established Church may cause others to believe he should remain still. He is a Christian leader first, a British leader second, and where those roles come into tension, it is his identity as follower of Christ which must take precedence—and does.

Williams was criticized last summer for his supposed naiveté in opposing the Trident nuclear missile (which he also did in 2006 during the government of Prime Minister Tony Blair), and more recently for suggesting that the killing of Osama bin Laden, while a happy political outcome, was not an event to be celebrated. The Archbishop has actually, at one time or another, made those on the left and the right angry, and that is perhaps as it should be. As Nick Spencer wrote in The Guardian, offending all parties "underlines the idea that the gospel for which the archbishop is such a prominent ambassador cuts rudely across our narrow political mentalities." And British evangelical Krish Kandiah wrote that 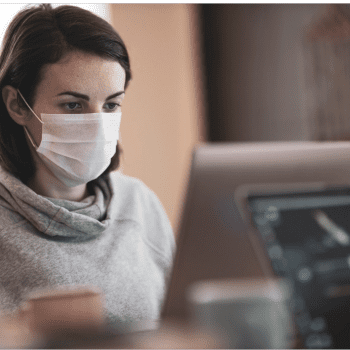 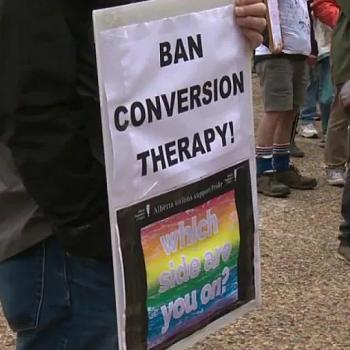 'Gay cure' ban brings Canada closer to 'criminalising Christianity'
Barry Duke
Get Patheos Newsletters
Get the latest from Patheos by signing up for our newsletters. Try our 3 most popular, or select from our huge collection of unique and thought-provoking newsletters.
From time to time you will also receive Special Offers from our partners that help us make this content free for you. You can opt out of these offers at any time.
see our full list of newsletters
Editor's picks See all columnists