With uprisings, major protests, and civil war spreading across the Middle East and Northern Africa, a number of governments are seeking ways to maintain their established power. But unlike neighboring countries that are focusing on a military response, Saudi Arabia is explicitly using more ancient motivators to keep the peace: money and religion. While Saudi's use of religion is just the latest example of history's political exploitation of prevailing faiths, it's one that may be a catalyst for change.

The New York Times reported that the Saudi kingdom was, in effect, paying its citizens to remain loyal by building housing projects and giving bonuses to government workers. And the cash outlay was also used to reward religious institutions with $200 million for urging the populace against revolt. In response, Sheikh Abdel Aziz al-Sheikh, the Grand Mufti of Saudi Arabia, issued a fatwa that interprets Islam for state interest, an edict that trickled down to the lower echelons of the religious establishment. The Times quotes local cleric Mohamed al-Areefy who paints the sources of unrest as enemies of moral values.

"They don't care about the security of the country, all they care about is the mingling of genders—they want girls to drive cars, they want to go the beaches to see girls in bathing suits!" he said.

What next, votes for women!? It's hard for the Western world to recognize this as morally charged language, but that's what it is. In the U.S., it would be like accusing a political opponent of distributing pornography outside public schools. By framing the issue as a matter for which one must turn to Allah, the focus is shifted away from what's most beneficial for them as individuals and allows the state to retain control.

From the god-king Pharaohs of Egypt to modern day despots, sacred authority has been invaluable for those who wish to direct the collective power of the masses. Medieval popes often used their power to direct the political process, once resulting in the posthumous trial and macabre puppet show called the Cadaver Synod. Europe's monarchs frequently invoked the divine right of kings to justify the oppression of their subjects. Since they were appointed by God, any law they imposed was righteous by default. The faces may change, but government's eagerness to use religion as a tool remains.

Even North Korea, whose state religion is atheism, controls its religious establishment. According to the 2010 Report on International Religious Freedom issued by the U.S. State Department, there are four state-sanctioned Christian Churches which regularly include political content in support of the government. The Democratic People's Republic of Korea discourages any religious activity that operates outside of its official organizations, punishing Bible ownership with prison sentences or death.

The unholy marriage between political power and religious influence can even be seen here in the states. The U.S. Presidential race has never been a stranger to the exploitation of religion in the public sphere. Michele Bachmann, for example, announced her bid for the White House after hearing God's calling. "She comes from us, not to us . . . She speaks our code," says one supporter. Meanwhile, Texas Governor Rick Perry, another possible presidential hopeful, went as far as calling for and organizing a day of prayer in response to a nation in crisis. By doing so, leaders blur the line between being political and religious.

Let's consider the perspective of a Muslim woman in Saudi Arabia. She may be pleased to submit to Allah in matters of faith, but she's also concerned about the state of her country. King Abdullah is using a portion of the money to build the infrastructure that is part of her grievances, but she strongly suspects his random acts of reform will only last as long as the fear of rebellion remains palpable. On top of those considerations, her spiritual leaders are telling her that God wants her to remain submissive to the government and that opposition would be sinful. It's almost enough to turn one's stomach.

The best medicine for such a malaise is the wisdom contained in a letter written two hundred years ago on the other side of the globe. In Thomas Jefferson's Letter to Danbury Baptists he wrote, "Believing with you that religion is a matter which lies solely between Man & his God, that he owes account to none other for his faith or his worship, that the legitimate powers of government reach actions only, & not opinions, I contemplate with sovereign reverence that act of the whole American people which declared that their legislature should 'make no law respecting an establishment of religion, or prohibiting the free exercise thereof,' thus building a wall of separation between Church & State."

Whether people identify with one religion or no religion at all, it's time to start recognizing the dangers of allowing political and religious authorities to mesh. A wall of separation between King Abdullah's government and Aziz al-Sheikh's religious framework might serve the people even more than a revolution; for without that wall any revolution would leave them stuck in political limbo. So long as political leaders can operate under the guise of divine authority, the government will remain unchallengeable. 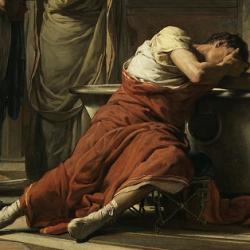 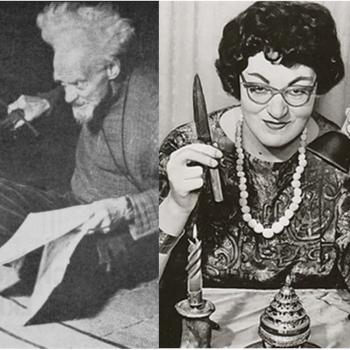 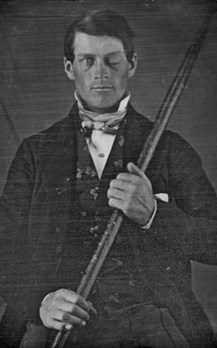 Thinking of Phineas Gage, His Personal Horror, and What it Means About our...
James Ford
Get Patheos Newsletters
Get the latest from Patheos by signing up for our newsletters. Try our 3 most popular, or select from our huge collection of unique and thought-provoking newsletters.
From time to time you will also receive Special Offers from our partners that help us make this content free for you. You can opt out of these offers at any time.
see our full list of newsletters
Editor's picks See all columnists