Norway, Terror, and Forgiveness: A Decade after 9/11

Editor's Note: In the weeks leading up to the tenth anniversary of 9/11, Greg Garrett will be reflecting on the event, the past decade, and possible ways forward.

So, it's happened again. We always knew it would.

A religious fundamentalist has masterminded a spectacular and deadly attack on one of the Western democracies, an attack designed to inspire terror and draw the eyes of the world. This act has imposed violence onto a place that never expected it, and has confronted us and its victims with the question of how to respond to the perpetrators. And how to live in its aftermath.

This time, of course, the twist is that (although the Wall Street Journal and other respectable news sources immediately jumped to radical Islam as the culprit), the mastermind behind this attack is a Christian, Anders Behring Breivik, and his fear is directed at Muslims, although—horribly, and without apparent logic—his victims were primarily young Norwegians, guilty only, apparently, of being future leaders in a culture that values multiculturalism, that oh-so-dangerous specter stalking both Europe and these United States.

And so it is that, like the radical imams who once hated disco and now hate Real Housewives of Wherever, this radical Christian also seems to have struck a blow at Western democracy, a blow against permissiveness, a blow in the name of true religion. Breivik wrote in his manifesto that "What most people still do not understand is that the ongoing Islamicisation of Europe cannot be stopped before one gets to grip with the political doctrine which makes it possible."

So democracy, apparently, and the idea of respect for every human being, can come to seem like the enemy, an enemy worth destroying.

It's dangerous to provide rational motives for an irrational act, and I'm also reminded of Rachel Maddow's thoughtful caution during the Osama bin Laden aftermath not to speculate too much about fast-moving news events. This man may indeed be part of a right-wing Muslim-hating Christian terror network, as he claims; he may be a lone gunman, a single mad individual whose box is short a substantial number of Fruit Loops. In any case, we don't know all the facts, and are not anywhere close to knowing them yet.

But this act prompts hard questions—and offers us a way into our own reflection on 9/11, a terrorist act perpetrated against the United States by other religious extremists.

Why did Breivik do it? He says he hates the growing Islamization of his culture, the loss of a historic monoculture. That might explain it. Norway has been an ally in the War on Terror—a war purportedly fought against radical Islam—so geopolitical arguments don't seem to hold water here. Norway is no foe to Christianity; Norway has a national church (Lutheran), and a Sunday morning memorial service held in the 17th-century cathedral in Oslo attracted a huge crowd, including the King and Queen of Norway. Crowds stood at the back and sides of the Cathedral, and out into the rain. The Cathedral has become the locus for mourning, as cathedrals should.

The sort of explanations offered by President Bush and various talking heads after 9/11 actually seem to make some sense here in Norway, where the terrorist attacked his fellow citizens instead of the enemy he feared most. In striking out against government offices and a camp for future leaders of the Labour Party in Norway, he was apparently making as symbolic a gesture as the 9/11 bombers who hit the World Trade Center towers and the Pentagon. He hated the freedoms his country granted to those with whom he disagreed. He hated Norway's tolerance of those he feared. He thought that liberals were too cozy with the Muslim enemy.

Maybe. Perhaps the book-length manifesto he has written will explain everything.

But if we can't explain away the attack, what can we learn from this horrible disaster?

Here we may be on safer ground. How are the various parties responding to this attack? Is, for example, the camp instituting radical new security procedures? Is it planning to screen each visitor, x-ray them search their bags for weapons, explosives, exotic poisons?

It is not planning to, as of this writing.

Is Norway planning to ramp up homeland security, trade away some rights for the possibility of a little more safety? Is it going to become less liberal (in the classic sense), more suspicious, less tolerant, more fearful?

Again, it's early in the race, but it doesn't appear so. As the BBC noted, "Norwegians seem determined not to let the attacks change their society," and Prime Minister Jens Stoltenberg spoke of how after these attacks the goal should still be "an open Norway, a democratic Norway and a Norway where we take care of each other."

Why Do We Still Argue About Worship Styles?
Chris Williams
2

Enough for Everyone (Part 2 of 3)
Herb Montgomery
3 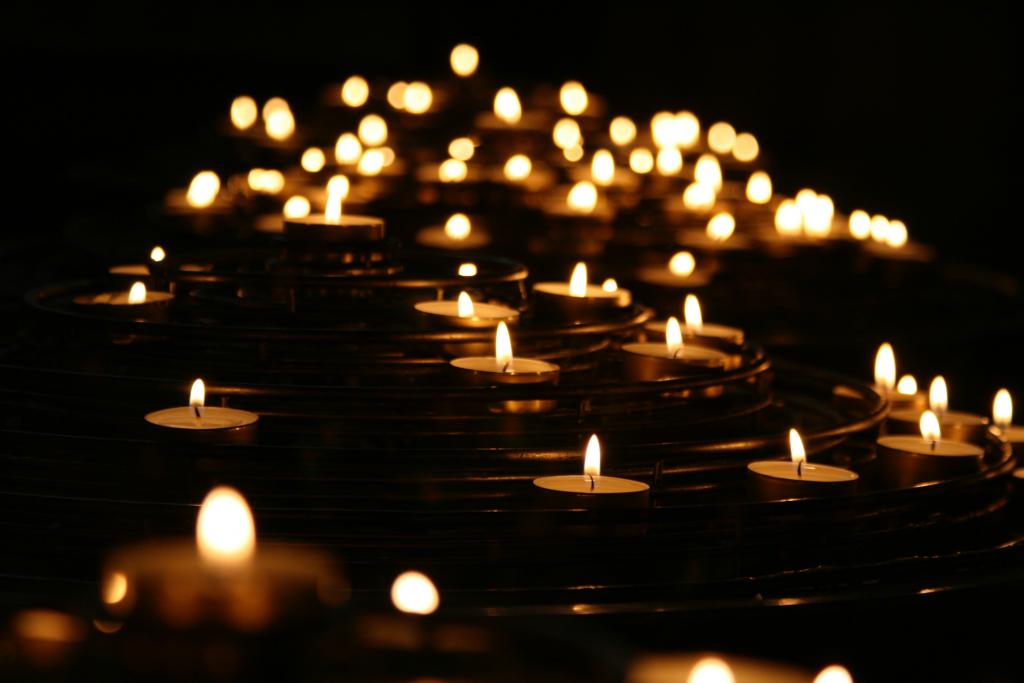 N.T. Wright's Galatians-- Part Twenty Four
Ben Witherington
Get Patheos Newsletters
Get the latest from Patheos by signing up for our newsletters. Try our 3 most popular, or select from our huge collection of unique and thought-provoking newsletters.
From time to time you will also receive Special Offers from our partners that help us make this content free for you. You can opt out of these offers at any time.
see our full list of newsletters
Editor's picks See all columnists