I got into the Dad Business through the side door: the woman I married had adopted a baby at birth a few months before our first date. I remember being warned, back around age 12 or so, against dating women who had children. "You wake up one morning and discover that you're their dad," I was told. "Yeah, sure," I thought. Then that morning came, and that which is done cannot be undone, not even by an acrimonious divorce. I always thought I would become a dad by biology, but not much in my life has gone according to The Standard Plan. Instead, I became a dad by realization: sudden, stunning, irrevocable.

Now let's jump forward about twenty years. My daughter's birth mother found her, via Facebook, no less. There was much rejoicing on all fronts, as my daughter is one of those adopted children who has always had a hole in her heart over her origins, all the love her mom and I could give her notwithstanding. And just this last weekend, her birth mother flew across the country to see her for the first time since she was a day old. The two of them came up the steps to dinner after a day together, both behaving like old friends who had known each other forever. It was a wonderful, amazing, unforgettable evening.

The faces coming up the steps were very similar. That's not surprising. But watching these two women sitting side-by-side at the table was downright spooky. The facial and vocal mannerisms and dramatic little hand gestures I've observed in my daughter her whole life were, not copied, but simply identical to those of her mother. Even their attitudes and approach to living are so much the same, you would think they had spent their lives together in some closed community instead of half a continent apart.

I had always hoped for this, and I thought I would probably already know this woman I had never met before when we finally did meet. I suspected that my daughter's mother had given her more than life. In my experience, most babies are damp, smelly, noisy little lumps that eventually become recognizable people, but when I first met my daughter at age six months, she already had a very distinct personality that has never really changed over the years. That personality had to come from somewhere, I thought, and her adoptive mother wasn't it. I was right.

Now let me tell you a different story.

A friend of mine, let's call her Sally, once remarked that she had always felt she had been dropped on the doorstep as a baby by some passing Martians or something. Of course, everyone knows someone who doesn't like her family, but she said it was more than that. She said she always knew she just didn't belong there. At an early age, she had asked her parents outright if they had adopted her. She had even checked the records. Sally is a maternity nurse, and claims to be able to recognize the cover-ups that used to be and perhaps still are common in adopted birth documents. As far as she can tell by every means she can bring to bear, which are considerable, they really are her family.

I passed this off as odd in several dimensions. Then I met her family. Afterward, I told Sally that it wasn't her, but her family that were the Martians. These people were, well, let's just say not pleasant to be around, but that's really not what I'm talking about here. There is no resemblance, either physically or in behavior, between her and her family. None. Neither is there very much love lost, which I found almost a relief.

The perennial squabble within Ásatrú/Heathenry is over the so-called Folkish Assertion, which claims that pantheons and peoples develop together and belong to each other exclusively. The strong version of the Folkish Assertion is that this belonging operates in people through their DNA. 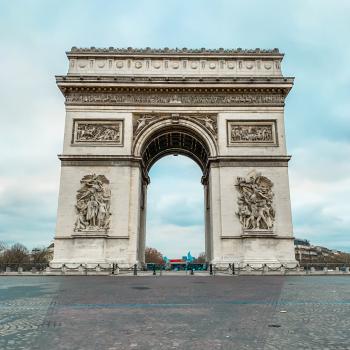 All The Time In The World
Anne Kennedy
3 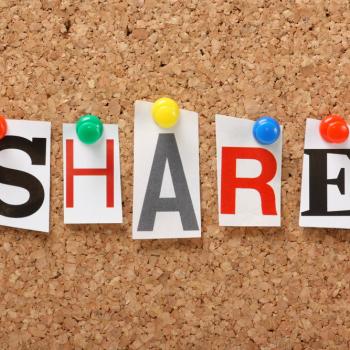 Walking the Line Between Secular and Sacred: An Interview with the Writer of...
Paul Asay
Get Patheos Newsletters
Get the latest from Patheos by signing up for our newsletters. Try our 3 most popular, or select from our huge collection of unique and thought-provoking newsletters.
From time to time you will also receive Special Offers from our partners that help us make this content free for you. You can opt out of these offers at any time.
see our full list of newsletters
Editor's picks See all columnists