The ACLU has filed suit against a Vermont inn over the decision of its Catholic proprietors not to host a lesbian wedding. The suit is filed under Vermont's Fair Housing and Public Accommodations Act, which predated the state legislature's approval of same-sex marriage in 2009. The issues in the suit are not as clear-cut as they might seem: the Fair Housing and Public Accommodations statute prohibits inns from denying goods or services based on sexual orientation. But does that mean that an inn must host events whose purpose or character the owners disagree with? With this suit, we may find out.

It is easy to sympathize with the anger and hurt felt by the lesbian couple when their proposed patronage was rejected. The inn in question was the first one they contacted in their search for a wedding venue; being met with rejection was undoubtedly discouraging and painful.

The position of the Wildflower Inn's owners is understandable as well. Proprietors do, in fact, have the right to deny service to potential customers for a variety of reasons. Restaurants, concert venues, hotels, all have declined to host groups and events for reasons relating to the nature or purpose of the groups. Indeed, such businesses come under pressure from others in the community to deny service, e.g., when there is a fear of rowdiness or destruction, or when political animosity is an issue. One of the better-known cases recently involved the "white nationalist" group American Renaissance, which has faced a steady string of hotel cancellations for its conferences in the last several years. (It is difficult to find non-partisan accounts of the group's hotel-booking difficulties, so in the interest of balance, I append one from each side, here and here.) In each case, the hotels succumbed to pressure applied by local activists who objected to American Renaissance receiving accommodations.

I feel no great regret that American Renaissance, in repeated attempts, has found no room at the inn. I imagine the group would have no case if it tried to sue and force a hotel to accept its custom. I certainly think inn owners should be able to host lesbian weddings if they want to. But I question the rush to litigate the matter and impose a "one or zero" solution. Few of us harbor the absolutist views of ideologues on these matters.

Why should all inn proprietors be required to host lesbian weddings? Many, probably most, are happy to do so. Presumably, their willingness expands their customer base and increases their potential earnings. What would be wrong with a natural evolution wrought by the market, in which hostelries advertised themselves as open—or not—to accommodating same-sex weddings?

How we approach this question boils down not to our views on "fairness" or "equality" but our views on individual rights, privacy, and the purpose of government. Americans once had the sense that decisions about the policies of a commercial enterprise belong mostly to the private owner. But that sense has eroded substantially over the last century. "Rights" legislation is only half the story: the increasing level of regulation in every aspect of commercial and private life has made it seem normal for government to set conditions—limitations and constraints—on virtually everything we do. The fear that decisions might not be made to our liking has driven us to take more and more of them out of the hands of private individuals.

We are now faced with the fruits of this labor. The owners of the Wildflower Inn in Vermont may find it impossible to remain in business if a condition of doing so is hosting events that violate their religious beliefs. Some observers may have no sympathy for them, but this kind of dilemma differs only in degree from the practice of forced religious conversions inflicted in earlier centuries by Christian and Muslim conquerors. Those conversions were forced more often by economic pressure than by direct threats to life. Making citizens choose between their religious beliefs and their livelihoods is a power we cannot with complacency hand over to the state.

Indeed, the state's relation to our religious freedom has become more and more uneasy as our concept of government has shifted. One of the lurking threats to freedom of religion is the modern inversion of our idea about tax-exempt status for religious organizations. The original purpose of tax exemption was to ensure the state could not use taxes to threaten a church's religious autonomy. John Marshall's famous dictum—"The power to tax involves the power to destroy"—is a peculiarly American formulation of the principle. 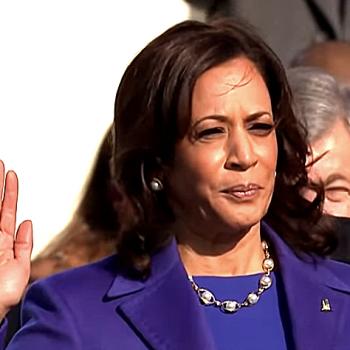 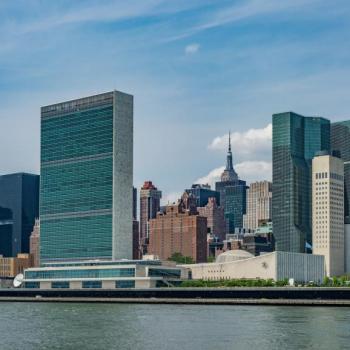 United Nations Committee Declares Creationism A Conspiracy Theory
Andrew Hall
Get Patheos Newsletters
Get the latest from Patheos by signing up for our newsletters. Try our 3 most popular, or select from our huge collection of unique and thought-provoking newsletters.
From time to time you will also receive Special Offers from our partners that help us make this content free for you. You can opt out of these offers at any time.
see our full list of newsletters
Editor's picks See all columnists