In my book The Parables for Today, I tell of the time I was teaching a Couples' Sunday school class on the parables in a local church. I began by saying, "The parables seem like ordinary stories from first-century Palestinian village life. They seem realistic. But then, as we get into them, there is something strange, something not true to life as we know it, something out of whack, off-kilter. Can you think of something in your experience that is realistic and yet strange?"

One of the women in the class raised her hand and said, "My name is Alma. This is my husband Ken. I am realistic, and Ken is strange" (McKenzie, 22-3). That got a laugh. But it's actually a pretty good analogy for Jesus' parables. Each one is an odd marriage of realistic scene and strange, incongruous, out-of-the-ordinary detail.

That's a long way of saying that there is something funky about each of the parables of Jesus. Biblical scholar C.H. Dodd's definition of a parable, dating back to 1935, is still the best attempt to list the properties of Jesus' parables. He defined a parable as "a metaphor or simile drawn from nature or common life, arresting the hearer by its vividness or strangeness, and leaving the mind in sufficient doubt about its precise application to tease it into active thought" (Dodd, 5).

Between Jesus' death around 30 CE and the writing of the four gospels from 70 (Mark) to 85-90 (Matthew) to 90-95 (John), Jesus' parables were told and retold by people with added details according to the context in which the parable was being recounted. First century interpreters of Jesus' parables used allegory to connect features of his parables with their own political, religious, and congregational contexts. Several of the parables seem to have allegorical explanations attached to them. Examples include the Parable of the Sower (Mark 4:3-8; Matthew 13:3b-8; Luke 8:5-8a) and the Parable of the Weeds among the wheat (Mt. 13:24-30; 36-43) (McKenzie, 19).

Today's lectionary text consists of four brief, rapid-fire parables from the 13th chapter of Matthew's gospel: mustard seed, yeast, treasure, and pearl. Some of the parables in Matthew are extended narratives (Unmerciful Servant; Vineyard Laborers). By contrast, these four are brief similes that compare a natural phenomenon with the kingdom of heaven.

A rule of thumb of parable interpretation is this: identify what is strange about the parable. It is your window into the kingdom of God (or the kingdom of heaven as Matthew prefers to call it).

So let's catch some glimpses of the kingdom of God by asking: "What's strange about this parable?"

The Mustard Seed
In both the mustard seed and the leaven, what is strange is the sharp contrast between the initial and the final stages of growth. The emphasis is on God's action in the world which is almost imperceptible, but which yields results that belie its unimpressive appearance. The mustard seed, though it is the tiniest of seeds, grows to host the birds of the air so that they find a home in its branches. The leaven, though hidden in the dough, is capable of leavening the whole loaf so that many are fed.

These two parables, according to Douglas Hare, are meant to inspire faith in God as active in the tiny movement initiated by Jesus. "The twin parables challenge the hearer to leave behind the pedestrian, pragmatic everyday world that treats God as irrelevant and enter into a new world in which God is the primary reality" (Hare, 156). Both parables underscore that God's action is real and will, in the fullness of time, come to full fruition.

The mustard seed is an unimpressive metaphor for the kingdom of God. The detail that the birds of the air will nest in its branches is an extravagant overstatement. That detail would better fit a large tree. And, in fact, in the Old Testament, nations with power and influence are described as huge trees in which birds take shelter. The phrase "the birds of the air can make nests in its shade (or branches)" is a clue that connects this parable with several Old Testament passages where trees are used as grand, dramatic metaphors. Israel is depicted as a noble cedar in Ezekiel 17:22-24. "In the shade of its branches will nest winged creatures of every kind." (17:23b). Assyria (Ezekiel 31:6) and Babylonia (Daniel 4:12) are both portrayed using the metaphor of a cedar tree, lofty and proud, in whose branches the birds of the air nested, but whose pride will lead to their downfall. The righteous person who trusts in God is compared to a flourishing tree in Psalms 1:3, 92:13-15, and Jeremiah 17:7-8. 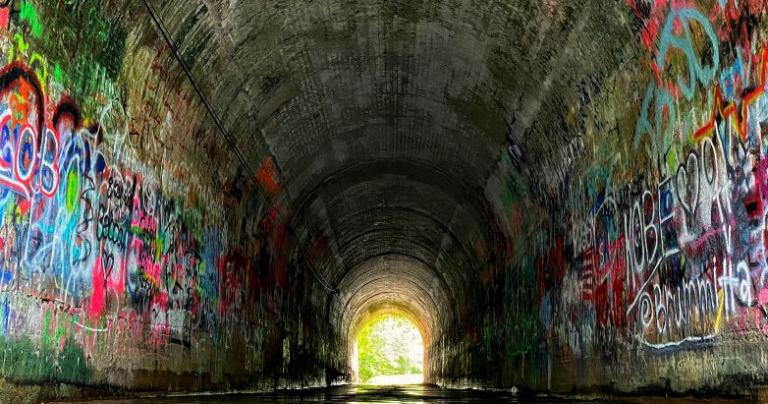 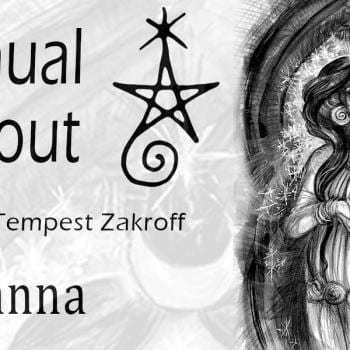 The Rites of Resolution: Janus & The Road to Self-Improvement
Devin Hunter
Get Patheos Newsletters
Get the latest from Patheos by signing up for our newsletters. Try our 3 most popular, or select from our huge collection of unique and thought-provoking newsletters.
From time to time you will also receive Special Offers from our partners that help us make this content free for you. You can opt out of these offers at any time.
see our full list of newsletters
Editor's picks See all columnists