The Three Giants Every Leader Must Face

History shows David's strong and undying loyalty to King Saul. However, after David garnered public acclaim for slaying Goliath, Saul became unduly suspicious and distrustful of him, fearing him a threat to his throne. Eventually, Saul's suspicions turned to full-out paranoia as he sought to kill his perceived rival—throwing a spear at him at a dinner table, running him out of town, and even hotly pursuing him in the desert.

The second test a leader faces is Someone Who Will Let You Down—in particular, a leader. The setting for this test is the workplace; the challenge is our profound disappointment. David found himself having to deal with a toxic leader. He was working under someone who did not have his best interests in mind.

Ultimately, David's responses to Saul's leadership were counterintuitive, yet exemplary. The narrative suggests that David's words of advice to anyone dealing with A Leader Who Will Let You Down would include: (1) Don't try to fix him; that's God's job. (2) Avoid the personal offenses that can infect your spirit; don't absorb them. If you do you may become another Saul. (3) When you finally have a chance to get him back for what he has done to you, make sure you don't! and (4) Before you leave that challenging workplace too quickly, remember God may be using that difficult environment to grow you and your own leadership.

The Third Giant Leaders Must Face
The third, and final, giant David faced was the one with whom he seemed the least familiar—HIMSELF! At the peak of his kingdom, after he had subdued lands and peoples and multiplied the size and wealth of the nation many times over, "at the time (of the year) when kings went off to war" (2 Sam. 11:1), David chose to stay home. Interestingly, he remained home along with all the women of the nation, including one particular married woman.

Bathsheba was the wife of another man. After all the other men left town, including her husband, David could see her bathing from his palace porch. Whereas on other occasions David had spent his evenings writing Psalms, meditating and thinking of God "in the watches of the night," this time, he had something altogether different on his mind. A giant called Moral Compromise was staring him down.

The king called for Bathsheba to be brought to his chamber and he slept with her. Soon after David found out she was pregnant. To protect himself, he had Bathsheba's husband pushed to the frontlines in battle so he would be killed, and so that he could add her to his personal harem of wives. This time the giant in David's life wasn't a nine-foot-tall enemy taunting him on a battlefield or a leader making his life miserable, but an enemy within keenly expert at the art of deception.

The third giant a leader faces is Someone Who Will Lie to You. David had escaped the maneuverings of a taunting giant and an overbearing leader, and finally found that the most dangerous of all forms of deceit is self-deceit. "The heart is deceitful and desperately wicked above all things (Jer. 17:9)." When every other test has been passed and every giant faced down, the most clever and convincing liar of all turns out to be you ... if you're are not careful and wise.

Missing Giants?
Pressured seasons, such as the one our president now faces, and perhaps the one you face, as well, can rush our decision-making and cloud our thinking. We cannot afford to believe all of the good things people may be saying about us, nor all of the bad. We need grounded hearts and level heads to lead well. When we start to believe the lies we will tell ourselves, it is the beginning of the end, or at least of an end. And there are no lies like the lies we will tell ourselves.

In all fairness, David also had some missing giants in his life, didn't he? Sadly, at points in his developing life as a leader when he truly needed an exemplary "giant" or hero to look up to, they were nowhere to be found. As a young boy on the Battlefield, he waited for a courageous soldier to rise to Israel's defense. None did. In the workplace, he hoped for a leader worthy of his allegiance. They never showed up. And, in the mirror, amidst his most critical personal test he failed to be honest with himself and with God. Ultimately, he let himself down, as well.

In Washington D.C. and in your backyard, there are pressing issues to frame and conflicts to engage every day. Every leader must face them and frequently. And, there are giants, at least three of them. The only way to grow our leadership muscle is to face these tests and challenges, to absorb the insights of exemplary elders, to learn from history, and, most of all, to ask God for wisdom (James 1:5).

In fact, if we will listen carefully, then not only will President Obama, but also you and I will hear King David's advice appealing to us from the Biblical narratives and saying: "Deal with your enemies ... CONFIDENTLY. Deal with your leaders ... RESPECTFULLY. But, most of all, deal with yourself ... HONESTLY."

President Obama, you're not alone. 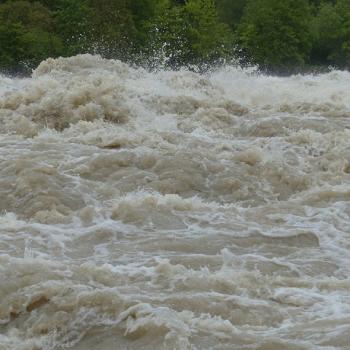 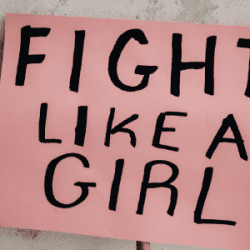 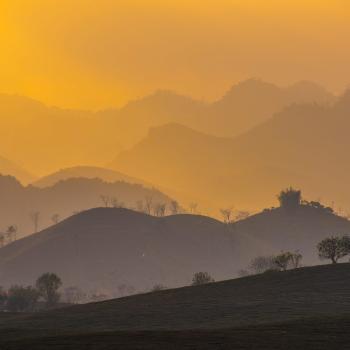 Why Is God Not More Visible?
Richard Simmons
4

While Congratulating The Winner Of Course
Anne Kennedy