A Toyota Built for American Excess

Its creator calls it "the truck that's changing it all."

"All," so far as I can tell, remains undefined.

Over the last few months, I've seen this Truck-to-End-all-Trucks, the two-thousand and something Toyota Tundra, featured in a ridiculous commercial. You can find it here. In case you cannot watch, I will attempt to accurately portray how this thing goes down.

The ad opens in the Mojave Desert with an image of an 80-foot, oval-shaped steel tower. The tower bears a famished, abandoned look and is circumscribed by a metallic path that corkscrews its way to the top. One-hundred and seventy feet of this path is caged in by what appear to be steel, horseshoe-shaped rods. These rods, as spectators soon find out, blow out fire. According to one website devoted to Tundra evangelizing, Toyota wanted the "specially constructed flame oven in order to prove a point about just how durable the Tundra is."

The tower and the zig-zagging lane with the Gehenna flair took about four months to complete.

The commercial itself runs thirty seconds.

Truckers know towing 10,000 pounds up a steep grading ain't good for your tranny. And when the heat's on, failure ain't an option.

No it ain't. Cue, then, failure's enemy—the Tundra, which appears onscreen already well up the twisting ramp and hauling 10,000 pounds. In case the viewer is insufficiently inspired, the Toyota ringmasters then light the gas coursing through the steel to create a tunnel of fire through which the 5.7-liter Sir Edmund Hillary—which boasts a "big ol' dedicated fluid cooler"—edges triumphantly to the summit, where men on cranes with big hoses greet it like it has just won the Super Bowl. The water might as well be Gatorade.

During the recent NBA playoffs, I saw this production probably four or five times. My first thought was, This contraption reminds me of a Kobe Bryant tattoo.

My second was, Dante and Virgil could have used something like that.

And third, Are you freaking kidding me?

How, I wondered, does an American household decide they need that vehicle? How does that conversation go?

Wife: Honey, with a baby on the way, I think we'll need more room, and a bigger car.

Husband: I agree. What do you have in mind?

Wife: I found a good deal on a used Suburban, as well as on a Ford Explorer. Both give us extra space and the protection of an SUV. However, I'm a little unsure about the Suburban; it's very big, and we may not need the extra seats.

Husband: Hm. Good points, dear. I appreciate your interest in the Suburban and the Explorer, but did you consider their ability to tow five tons up an eight-story building through fire-breathing steel in the midst of a remote desert? Do we really want the lives of our children up to sheer chance?"

Wife: Darling, you're absolutely right. I should have known. The trip to the school . . . My God, what if?

Husband: I know. What if.

Unless you're fighting forest fires or re-entering the earth's atmosphere, you do not need this truck.

Of course, Toyota knows that. Toyota knows the vast majority of prospective Tundra owners will not require its means of transportation to survive Armageddon. But it isn't selling the truck based upon showroom feedback.

So what, exactly, is Toyota selling? 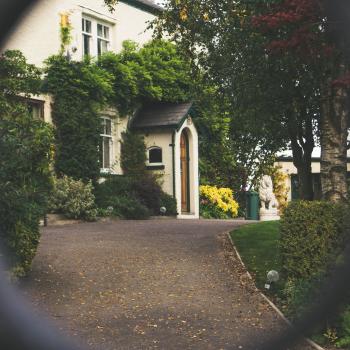 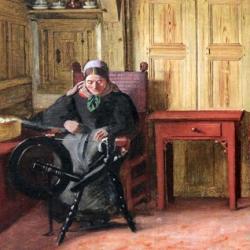 Anyway
Frank Viola
Get Patheos Newsletters
Get the latest from Patheos by signing up for our newsletters. Try our 3 most popular, or select from our huge collection of unique and thought-provoking newsletters.
From time to time you will also receive Special Offers from our partners that help us make this content free for you. You can opt out of these offers at any time.
see our full list of newsletters
Editor's picks See all columnists