Editor's Note: In the weeks leading up to the tenth anniversary of 9/11, Greg Garrett will be reflecting on the event, the past decade, and possible ways forward.

Sources and Resources
I used to teach Freshman Composition, and I still teach undergraduates, graduate students, and future priests and preachers about finding, assessing, and using sources. In the old days, I had to encourage students not to rely too much on encyclopedias; later it was telling them to carefully assess information found on the web; then it was encouraging them not to rely on Wikipedia as a sole source. Even with bright students it was a challenge to get them to do good research, and only the rare and lovely writer, then or now, thought that thorough research was an important and worthy goal.

In some ways, America is like a big Freshman Comp class: it thinks it already knows what it wants to write about, it is mostly looking to find sources that confirm that knowledge, and it tends to avoid or ignore anything that might complicate what it thinks it knows. How else to account for the fact that two years after 9/11, seven out of ten Americans believed Saddam Hussein, a secular dictator, was directly involved in the Islamic extremist attacks on New York and Washington? As USA Today reported, a "majority of Democrats, Republicans and independents believe it's likely Saddam was involved. . . . The belief in the connection persists even though there has been no proof of a link between the two."

In June of 2007, despite the fact that it had been widely reported that there was no link between Saddam Hussein and 9/11, a Newsweek poll reported that over 40 percent of Americans still believed there was. And soldiers on the ground in Iraq believed it overwhelmingly! A Zogby poll in 2006 found that 85 percent of soldiers believed they were there to "to retaliate for Saddam's role in the 9-11 attacks."

In the present day, this continuing lack of information—or misinformation—is reflected in Americans who fear sharia law and Muslims themselves, although they may not know what sharia law is or know even a single Muslim. The recent events in Norway remind us that Islamophobia is not an American preserve, although certainly we have our share of it. Jon Stewart properly ridiculed presidential candidate Herman Cain the other day for his misunderstanding of both Islam and the U.S. Constitution, when Cain told Fox News that communities can absolutely ban mosques, since Islam is all about the mingling of church and state.

The days of what Stephen Colbert called "truthiness," acting as if something is true because you want it to be, clearly did not end with the Bush presidency. The country is still full of people who believe things that aren't true because they don't know any better—or don't want to know any better.

And as we approach the tenth anniversary of 9/11, so many issues are still in play—our relationship with Islam, our understandings of geopolitics, even our readings of our own Constitution!—that clearly it's worth having a talk about how to find out what's true and what's false, and to judge our news sources so that we can use them responsibly to be thoughtful and informed citizens.

Conversation and Contact
Sadly, our most basic way of learning things seems next to impossible these days. Human intelligence—the simple act of conversation and interaction—is, for most of us, limited to people who are mostly like ourselves. In a land of gated communities, we gate up our lives, surrounding ourselves, to the extent that this is possible, with people like ourselves in our schools, churches, and communities. And as is typical of walled communities, the walls are intended to create distance, to wall someone out. 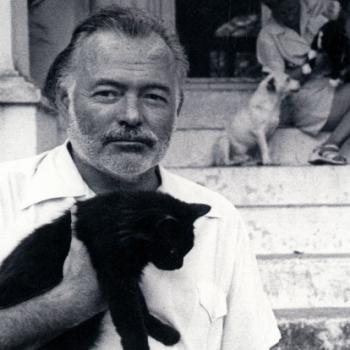 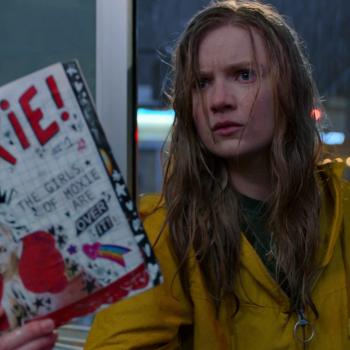 WATCH IT: Movies with Moxie in March 2021
Mark Wilson
3 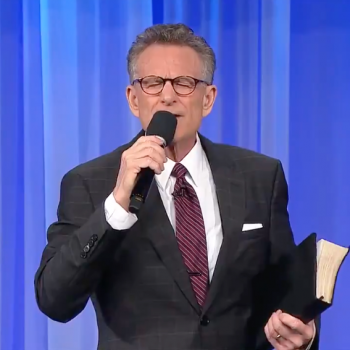 Televangelist: Anyone Watching This Video is "Free from Every Symptom of...
Hemant Mehta
Get Patheos Newsletters
Get the latest from Patheos by signing up for our newsletters. Try our 3 most popular, or select from our huge collection of unique and thought-provoking newsletters.
From time to time you will also receive Special Offers from our partners that help us make this content free for you. You can opt out of these offers at any time.
see our full list of newsletters
Editor's picks See all columnists