Do As I Say, Not As I Do: Lectionary Reflections on Matthew 23

Most parents have, at one time or another, jokingly said, "Do as I say, not as I do." But somehow, children never seem to listen. Why? Because apparently, actions speak louder than words.

The warning Matthew's Jesus (23:1-12) is issuing to those under the influence of the Pharisees of the time is "Do as they say (for, after all, they sit on Moses' seat), but not as they do."

This warning embodies the tension that runs all through Matthew's gospel: respect for the Pharisees' making a priority of the law and criticism of their way of living out that priority. Scholars have puzzled over Matthew's ambivalent relationship to Jewish tradition. On the one hand, Matthew is loyal to the Torah, but on the other hand he is sharply critical of its main teachers, the scribes and Pharisees. His gospel combines penetrating criticisms of their behavior (as here in chapter 23) alongside instructions to abide by the Torah, to obey the law even the last jot and tittle (5:17-19). There is the call to obey the instruction of the scribes and Pharisees, but also the caution to reject their lifestyle (23:2-3). Disciples are expected to keep the Sabbath, to fast, to bring their offerings in accordance with Jewish tradition (6:16ff; 24:20; 5:23f) and to pay the Temple tax (17:24f), but at the same time, Jesus is presented as the one who challenges traditional interpretations of Sabbath, ritual purity, and food laws.

So while Matthew is loyal to the Torah and to the spirit of Judaism's worship and devotional practices (Mt. 5:17-20), he is, at the same time, critical of its tendency, in some circles in his day, to focus on who is excluded rather than who is included and to be willing to settle for outward observances rather than inward devotion. For Matthew, as for Mark, discipleship involves a purity of heart and not just of hands washed clean before eating (Mk. 7:14-23; Mt. 15:10-20). Jesus emphasizes that the heart is the wellspring of good and evil actions alike. He criticizes acts of piety done with public pomp motivated by a desire for others' approval, rather than by devotion to God and neighbor (Mt. 6:1-18, 23:5-7).

Many scholars assert that the prolonged attack against "the scribes and Pharisees" in Matthew 23 may reflect more a conflict between Matthew and the rabbis of his own time close to the end of the first century than an actual contest between Jesus and the Jewish leaders of his day some 40-50 years earlier (Perrin, 71). On this theory, Matthew 23 reflects the tension between the Jewish synagogue and the new Christian community.

Good Intentions
Apparently, Matthew thought that some, not all, of the Pharisees started out with good intentions but became corrupted by self-interest. The Pharisees were a sect of Judaism that existed, alongside many others, in Palestinian Jewish society from about 200 B.C.E. to 100 C.E. They were probably educated bureaucrats who served the ruling class. They sought to preserve Israel's identity by strict adherence to purity and Sabbath laws. They were influential in Jewish society and were looked upon favorably by at least some of the population. This is why the parable of the Pharisee and the tax collector would have had such a shock value for original listeners. The listeners of Jesus' day would have expected the Pharisee to be a careful observer of the Law. They would not have expected the tax collector to go to the temple at all. The parable serves up two behaviors that are out of character: that the Pharisee prays in a self righteous manner and that the tax collector prays at all! (McKenzie, Parables for Today 58)

Before the destruction of the Second Temple in Jerusalem in 70 C.E. the Pharisaic way of life was practiced by a relatively modest group of men and women. It had no political power. It was favored by the people because it took Jewish tradition and the Torah seriously and tried to interpret and live them in ways that touched daily life. The Pharisees taught the people to regard the gathering around the household dinner table as a community of worship. The handling of food and dishes were religious activities (Parables for Today, 57).

Their goal was to "make a fence for the law"—in others words, to protect it from infringement by surrounding it with specific rules of interpretation and application to daily life. Their original purpose was admirable, to enhance inward faithfulness to the law in daily life. In practice they had a tendency to multiply rules to the point that keeping the law could become a burden rather than a celebratory response to God's goodness. For example, tailors were not allowed to go out carrying a needle late in the day before the Sabbath, in case they were caught with it still in their pocket when the Sabbath began. They could go for a walk on the Sabbath day—provided it was not farther than two thousand cubits, roughly two-thirds of a mile, a distance determined by reference to the space between the people of Israel and the Ark of the Covenant when they first entered Canaan (Drane, 396). 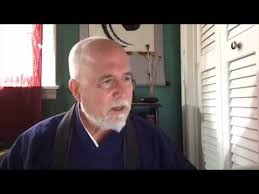 YOUR BEST SEASON: A Zen Meditation on Spring
James Ford
3

Stephen Hawking Answers the Big Question
Bert Bigelow
Get Patheos Newsletters
Get the latest from Patheos by signing up for our newsletters. Try our 3 most popular, or select from our huge collection of unique and thought-provoking newsletters.
From time to time you will also receive Special Offers from our partners that help us make this content free for you. You can opt out of these offers at any time.
see our full list of newsletters
Editor's picks See all columnists