Rick Perry, the Tea Party, and the Failure of Frontier Individualism

A couple of weeks ago, after working sixteen-hour days for fifteen years, a Texan I love lost her job.

Nothing new or unusual in that, I know—too many Texans have lost good jobs in the past few years, even competent and talented people like my friend.

But I'm telling her story because this particular person is a conservative Republican who has always looked down her nose at the needy, who has always said that all she needed were her own skills and talents to get by—and who now discovers herself in need of help.

It has been a sobering and saddening time for her and all of us who love her, but an experience, I hope, that gives her some understanding of the limits of rugged individualism, a philosophy very much in the public eye just now.

In his New York Times op-ed this week, Bill Keller linked Texas governor Rick Perry to the Tea Party movement in their mutual desire to reconstruct a primary American myth, that of frontier individualism. As students of American culture know, our books, art, and movies celebrate the American individual; on a continuum where individualism rests at one end of the scale and community at the other, our great novels, plays, etc., tend to slant heavily to the individual side. In fact, one of the seminal works of American cultural criticism, R. W. B. Lewis' The American Adam, examines Great American Novels and American history as a series of encounters with men as self-created as though they were each sui generis—new Adams in this Eden called America.

When I say that the primacy of the American individual is a myth, I mean to say that it is a story that gives life meaning, not a story that is false or "made up." Myths form the boundaries of our lives and give us a framework by which we understand the events of them. Whether we realize it or examine them closely, our American myths form the basis of who we are, what we believe, and what we do.

This particular myth continues to matter because we continue to believe it. Our heroes, whether cultural/literary heroes like Leatherstocking, Huck Finn, or Dirty Harry, or historical figures like Andrew Jackson, Ronald Reagan, or Rick Perry, have all been (or at least cast themselves) as iconoclasts, people who needed nobody else and were totally self-sufficient.

Supremely good with a gun, a word, or an idea, these American heroes embody the drive and determination that have made America great.

But they also symbolize the failure to extend the helping hand of compassion and community that characterizes our current American situation. Despite our newfound love for social networks, cultural critics have talked about how Americans have become less connected since Robert Putnam's Bowling Alone, and the Tea Party and Rick Perry are just another aspect of this disconnection, of the desire to live in gated communities in reality or in our hearts. In an essay from Texas Monthly that Bill Keller cited in his New York Times piece, Jake Silverstein argued that Gov. Perry embodies this American myth and takes it to its obvious extreme.

This is the basic idea of the frontier style: every man is more or less for himself, a good neighbor is one who needs no help, and efforts by the government to interfere are not to be trusted.

In Perry this line of thinking has found its natural vessel, more perfect even than Reagan (born in an apartment in Tampico, Illinois) and certainly Bush, whose "compassionate conservatism," from a frontier perspective, has one too many words.

Perry, born in 1950, is not a child of the frontier, of course, but he is a child of the mythology of the frontier, which may be even more powerful . . . . As governor, Perry has pursued, by and large, a frontier style. He has presided over more executions than any governor in U.S. history. He has shown a hunger for population increase—always welcome on the sparsely settled frontier—and a knack for attracting new industry that calls to mind the pioneer recruitments of Stephen F. Austin. He has shot a coyote with a pistol. He has threatened the federal government. And this past legislative session, the budget he wanted—and got—included massive cuts to education and health care that will overwhelmingly affect the poor and burdensome. 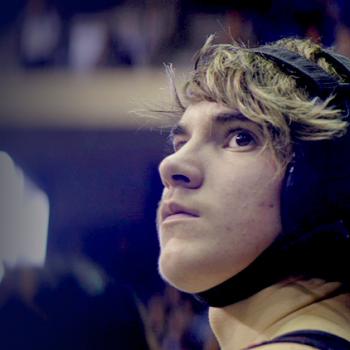 An Appalachian Angelus
Mary Pezzulo
Get Patheos Newsletters
Get the latest from Patheos by signing up for our newsletters. Try our 3 most popular, or select from our huge collection of unique and thought-provoking newsletters.
From time to time you will also receive Special Offers from our partners that help us make this content free for you. You can opt out of these offers at any time.
see our full list of newsletters
Editor's picks See all columnists