As discussed in previous articles, Kabbalah speaks of two states of awareness. The "higher" state is the state of seeing the full picture. In this state, it is clear to the individual that all is from God and for the best. Therefore, one who is in this state will undoubtedly be experiencing joy since all is for an ultimately meaningful and qualitatively good purpose. We will refer to this state as Expansive Consciousness.

The "lower" state is the state of seeing the keyhole perspective. Here only part of the picture is seen. In this state, the individual has not internalized the fact that all is from God and for the best. It is only when an individual is in this "lower" state that the experience of pain or difficulty can bring on sadness and depression since it is in this state that there is uncertainty and doubt that all is for an ultimately meaningful and qualitatively good purpose. We will refer to this state as Constricted Consciousness.

Breakdown of the Day

According to Kabbalah, the day breaks down into four time periods in which each time period brings with it a particular energy and reflects a particular state of consciousness and God-awareness as paralleled by the transition of light present in that time period.

We see that Period #2, the Morning, is the staple time of Expansive Consciousness. The Morning Period brings with it the clearest and most positive time for God-consciousness since it is daytime (and therefore has light, which reflects illumination and clarity) and is increasing in light from the beginning of the period until the end of the period.

On the contrary, Period #4, the Evening, is the staple time of Constrictive Consciousness. The Evening Period brings with it the least clarity and the most negative time for God-consciousness since it is night time (and therefore has darkness, which reflects ambiguity and confusion) and is decreasing in light from the beginning of the period until the end of the period.

(Of course, this does not mean we are supposed to stop working altogether. Rather the holy schizophrenia of the Kabbalah is to be involved in the physical because we do not rely on miracles, yet to know at the same time that one's success is not determined by the efforts one puts in, but on God alone.)

Author's Note: Rabbi Eli is is scheduling a lecture tour across North America for February/March 2012. If you would like to book Rabbi Eli for a lecture, seminar, or consultation, contact rey@lightuntoournation.com. 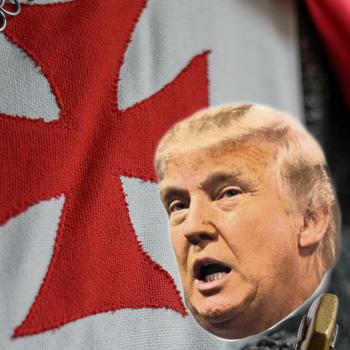 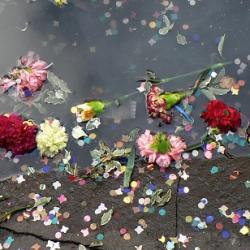 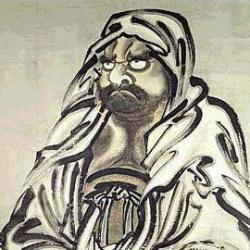 Bodhidharma's Vast Emptiness
Daniel Scharpenburg
Get Patheos Newsletters
Get the latest from Patheos by signing up for our newsletters. Try our 3 most popular, or select from our huge collection of unique and thought-provoking newsletters.
From time to time you will also receive Special Offers from our partners that help us make this content free for you. You can opt out of these offers at any time.
see our full list of newsletters
Editor's picks See all columnists