Between Christ and Capitalism

What happened to the notion that the people who benefitted from the dance ought to pay the cost for the band?

Dyson's "notion" is best understood as a variation on the themes of New Deal philosopher and 33rd vice president of the United States, Henry Agard Wallace. Shaped by the experience of life on an Iowan farm in the Great Depression, Wallace never forgot the agonies associated with the economic travail brought to daily life during the era of scarcity and uncertainty. When appointed to Franklin Delano Roosevelt's cabinet as Secretary of Agriculture, he framed his political philosophy in theological terms and intentionally sought to fuse the social aspects of Holy Scripture to the political ingredients of the New Deal.

Writing in The Christian Century in 1936, he stated "the uniqueness of Jesus lay in the fact that he enjoyed an unbroken awareness of life in all its vividness." His purposive portrayal of the incarnation of Jesus Christ as an endless search for joy that "proposed for the establishment of a lasting happiness among men" was a radical departure from orthodox Christian theology. For Wallace, the Kingdom of Heaven was to be realized on earth via evolutionary public policies that sought to eradicate the perils of life on planet Earth. As he stated in a speech in Richmond Virginia on May 22, 1935, "the Sermon on the Mount has been regarded as a spiritual law, and I am now inclined to think that it is an economic law, too."

This new economic law, however, was grounded on a new system of biblical interpretation that sought an economics of abundance in contrast to an economic scarcity brought about by capitalism. The Wallace doctrine aimed for a virtuous economy where new social machinery would be supported by a "new and truly catholic religion." Mirroring much of the talk of the modern era, Wallace desired to return to the Early Church and shed the capitalistic corruptions inspired by the Reformation and Puritanism.

His 1934 book, Statesmanship and Religion, set forth a thoroughgoing reorientation of Christian doctrine so that human beings were no longer sinners in the sense of rebellious offenders against a sovereign and righteous God. Rather, they were sinners insofar as they robbed their fellow men of economic opportunity and prosperity. Wallace found intolerable the obviously unequal results achieved amidst the harsh and unforgiving forces of life. In a democracy where the power and leverage of government was available to redirect and determine economic activity, only the expansion of governmental powers, he believed, could prevent another Great Depression.

In like manner, Dyson articulates a modern version of Wallace's spiritual progressivism. An ordained Baptist minister educated at a Southern Baptist institution and later at Princeton University, he sees the modern expansion of government power as a theologically motivated requirement for economic recovery. Describing the current political climate in terms of "the politics of heartlessness and lack of compassion," he repeats the modern mantra of the perennial problem of how best to care for the poor. Post-New-Deal thought on the matter resounds with government intervention as the only viable policy for long-term relief.

The flourishing of the American economy, however, rests upon three pillars:  a robust trust in a free market where choice (not coercion) directs the course of the economy; a stubborn belief that individuals possess, in and of themselves, the seeds of innovation and industry to improve their lives and the lives of their families; and a government that supports the expansion and development of cultural institutions other than itself as the primary means of sustaining economic vitality in the midst of changes (both financial and cultural) that are often difficult to predict or control.

Over the last century, each of these pillars has been weakened by a subtle but sustained (and spreading) belief that economic prosperity and individual achievement are less than worthy goals of a genuinely moral and just nation. Individuals should not be regarded as distinct members of a larger community composed of voluntary associations and as unfettered as possible by government intrusion. To the contrary, their very identity as citizens is, in some ways, directly attached to their association to government control as it has extended its reach into the daily lives of its citizens through excessive taxation, entitlements, and unfair financial penalties on monetary profit. 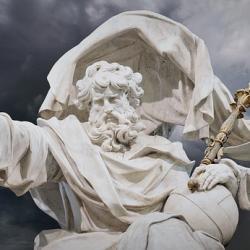 God Is Not An Abusive Father
Mary Pezzulo
2 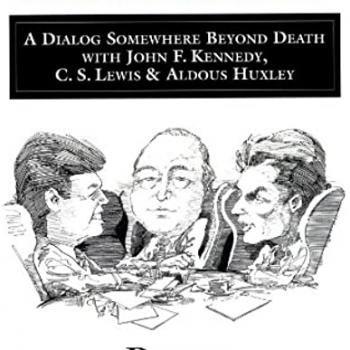