Illustrating Friendship with Jesus: An Interview with Ann Kissane Engelhart

December 19, 2011 by Elizabeth Scalia
"Like" the Patheos Catholic Page on Facebook to receive today's best commentary on Catholic issues. 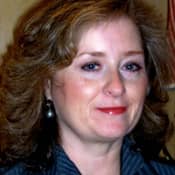 A talented artist observed the joy Pope Benedict XVI took in relating his First Holy Communion experiences to young Catholics, and had an idea. While the well-respected writer Amy Welborn edited the Holy Father's own words to create a lively and insightful text, Ann Kissane Engelhart produced gorgeously inviting illustrations for what has become Friendship with Jesus: Pope Benedict XVI Talks to Children on Their First Holy Communion. Here Engelhart describes the inspiration and process that led to the book, and her meeting with Pope Benedict, in Rome.

Ann, I purchased this book for my niece's recent First Holy Communion and she loved it and has spent many pleasurable hours simply exploring your illustrations. How did you develop an interest in art?

I wanted to be an artist for as long as I can remember. As a child, I sometimes got into a bit of trouble drawing on things that were not intended for that purpose! My parents encouraged me to pursue my interest in art since my mother was an extraordinarily creative person and my father had a genuine appreciation for art and culture and for the talents of other people. Our home was a creative, boisterous environment and each of my eight siblings reflected this in different ways.

What inspired you to use your artistic talents to develop Pope Benedict XVI's answers into a book for children?

As one who frankly, never had an interest in theology, I had become fascinated with Pope Benedict's writing and preaching since I heard his beautiful homily at the Mass of his inauguration. When I read that he would be meeting children who had recently received their First Holy Communion, I was intrigued at the thought of a scholar and professor relating to such a young audience. After I watched the Holy Father's interaction with them, I recognized that this was a very special conversation that had to be made known to a wider audience. It literally popped into my head when I was unable to sleep one evening that I should turn it into a children's picture book! I knew that if I was so deeply affected, others could also benefit from being exposed to the pope's brilliant teaching.

What was the creative process like for you and Amy Welborn, who edited the book?

Though I felt confident that I could do the illustrations, I knew that I would require help to edit the pope's words and to frame it in the context of a book for children. Since it was my first book, I needed guidance in publishing as well. I immediately thought of Amy since I was familiar with her wonderful writing for children and adults, and I knew that Pope Benedict's messages had deeply resonated with her. I took a chance in sending her my idea and a few of the preliminary illustrations. I was delighted that she agreed to work with me on the project. It was a wonderful collaboration that led to an important friendship.

How does Pope Benedict XVI relate to children in this book?

He seemed genuinely delighted to be with them, laughing with them, embracing them. The children asked him questions about the meaning of the sacrament, and about his own First Communion, about the Mass, confession, etc. Pope Benedict spontaneously responded to the children's questions, which were the kinds of questions all children and many adults have—including me! He gave simple, yet profound answers right on their level, with the encouragement and affection of a pastor who really cares about them.

How does the pope explain the Real Presence of Jesus in the Eucharist to the children?

This was one of my favorite interactions. A child named Andrea says, "My catechist told me that Jesus is present in the Eucharist, but how? I can't see him!" The pope laughed, and pointing to his microphone, went on to use a metaphor of electricity. He explains that "we don't always see the very deepest things . . . but we can see and feel their effects." "We do not see the electric current, but we the light." He said, "People change, they improve—therefore, we don't see the Lord himself but we see the effects of the Lord: so we can understand that Jesus is present." He continued to respond to the questions using these kinds of metaphors that children can relate to. He said that going to confession is like cleaning our rooms to prevent the dirt from building up, and to get a fresh start.