Three Things My Kids Should Know 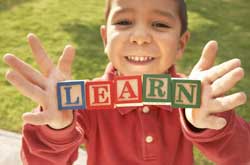 So, I have three simple rules that I want to teach them before I send them out to wreak havoc on . . . I mean, explore . . . the world around them.

On a recent trip to Barnes and Noble, I saw the book titles, 1001 Places to See Before You Die, 500 Things To do With Your Children Before They Grow Up, and Top 100 Foods for Happy Kids. These sorts of books make me twitch. I am a busy woman. I have sinks to unclog, tardy children to chauffer to school, and my 7,903rd batch of macaroni and cheese to make. I have a narrow window of time in which to cram stuff into their heads before they leave for college and I need simple outlines. So I've designed my own list:

1. The first is a love of God and Islam. I want my children not only to understand and practice their religion, but to appreciate the beauty of having God as the anchor, the axis of their transient lives on this Earth. The Islamic school they attended gave them a solid foundation; all three completed the Qu'ran for the first time by the age of seven, read about their Islamic history, memorized supplications and short chapters in the Qu'ran, and learned the basic concepts and observances of their faith. But I want them to implement Islamic values in everyday life.

There is a nasheed, or religious song, by singer/songwriter Dawud Wharsby Ali, who asks, "What did you do today? Were you kind to your mother, did you smile at your brother? What did you do today?" I want my children to reflect on their actions and ask themselves before drifting off to sleep each night, "Did I make the world I live in a better place today?" And by that I don't mean did they donate six hours of their time to Habitat for Humanity, but did they help their sibling with the dishes or offer to carry a friend's heavy backpack. During their waking hours, I want my kids to remain vigilant of their words and actions and cognizant of the angels recording their every deed for the Day of Judgment. If they can behave in a kind and compassionate way, half the battle to live an Islamic life has already been conquered.

2. The second is an appreciation of what is appropriate. This includes: a traditional Pakistani shirt and pajama for all on Eid, dress shoes, ties and formal jackets for the boys when the occasion demands them, napkins on laps, and a dessert for a friend who invited you to his/her home for dinner. My list of "appropriate" is long, rigid and non-negotiable. Rules make the world go 'round and, contrary to what my sons believe, an understanding of etiquette never killed anyone. Asking to be excused from the dinner table or looking someone in the eye when speaking to him/her are simple gestures that have to be taught. These are not habits that children formulate on their own. While everyone may not agree that a man rising to greet a woman is relevant, I don't care. The world is rough and harsh and a beautifully written thank you note for a gift can bring some much needed softness and grace to this prickly planet.

3. The third is a sense of the world around them. This broad rule encompasses anything from choosing a college major that will lead to a stable, income-generating career to being aware of the refugee camps in Sudan sheltering millions of the country's impoverished. Today's children are more pampered, privileged and materialistic that any generation before them. I want my children to understand how politics works and how money and power run the world. I want them to be street smart, as well as book smart. Before they leave their bedroom for their dorm room they should be able to change a car tire, wash white clothing so it remains white, and know the difference between Mark Zuckerberg and Mark Twain.

Will I be able to cram all this information in? Kids are sponges, and I grab every teaching opportunity available, short of hypnosis or subliminal messages while they sleep. Meanwhile, my kids know not to burp the alphabet at the dinner table, but rather to say a prayer of gratitude to God after the meal, and so my Craigslist ad writing skills are saved for the rocking chair in the attic.