Where Do We Spend Our Money?

The upcoming holiday of Hanuka celebrates the triumph a Jewish people, small in number and in power, forcing the Greek army, the strongest army of its time, out of Jerusalem.

But Hanuka is much more than that.

The word for Greek in Hebrew, Yavan, is spelled yud, vav, end-nun. If you take a look at this word in Hebrew (יון), you see that the word starts from the smallest letter, the yud, and seems to be getting stretched out and pulled downward.

Being that the letter yud is the smallest of all the letters and likened to a mere dot, it expresses spiritual existence since, when written, it exists there on the page but is not drawn out to contain physical properties, as if to demonstrate existence beyond the physical.

Thus, the letters of the Hebrew word "Yavan" hint to the "spiritual" yud being stretched out and, not only brought down into the physical, but dragged down and entrenched into the physical, as the end-nun can be seen to be implying. This is what Greece is all about—turning the spiritual into physical.

People think the fight against "Greekism" (called Hellenism) ended in those times and that the war was won by the Jews. However, it seems that the Hanuka story was merely one battle in the ongoing struggle against the Hellenization ("Greekization") of society. After all, the philosophy, ideals, and culture of Greece were spread further by the Roman Empire, which (combined with Christianity) serves as the underpinnings of the Western society in which we presently find ourselves.

Jewish Pastime
Before entering university, I spent a year at a yeshiva in Israel in which I investigated the underpinnings of Judaism and immersed myself in its teachings and values. Upon returning to the U.S., a few Yankees tickets found their way to a friend of mine who invited me to come along, so I figured I'd take him up on it.

It was a close game.

With two outs in the bottom of the 8th inning and a couple of runners on base, one of the Yankees got a hit and the ball rolled all the way back to the wall. One runner came in to tie the game. The crowd was cheering. Another runner was rounding third. The crowd got on its feet. Here comes the play at the plate . . . At that moment, I looked around and I found myself just sitting there watching this whole scene, thinking to myself, "This has got to be the saddest excuse for something meaningful that has ever been invented."

After all, what are they cheering about at the end of the day?

If you've ever listened to people talk about "their" team winning a championship:

Really? You won? I haven't seen your championship ring.

For a person to have an appreciation for the game and for the game to have entertainment value is one thing, but the passion and sense of personal and societal identity that many fans (short for 'fanatics') associate with "their" team is something quite different.

This sense of identity and meaningfulness extends to such a fanatical point that a few years ago a lifelong Steelers fan was brought in an urn to experience a game for the first time "in person" (if you can call it that).

And, just in case you think that is one extreme, isolated incident, they have now come out with a line of colorful caskets and urns available for purchase for people looking to fulfill their mantra of dying for their team.

Said the spokeswoman for Major League Baseball, "Passionate fans express their love of their team in a number of different ways."

The Greek-influenced cultures such as Rome, and by extension the entire Western World, has taken the soul-power for growth and meaningful living and turned the goal and the definition of true beauty into sports and Olympics—i.e., the physical and external.

In a society in which money defines success, such as the Western world, which declares that "It's all about the Benjamin," in order to see what they value, all you have to look at is what they spend their money on. 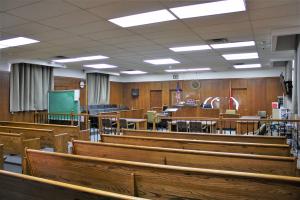 The Emptiness of a Lie The Peripatetic Preacher (3rd Sunday in Lent March 7,...
John C Holbert
2

Reciprocity: Building a Relationship with the Gods
Tony Mierzwicki
3

"A Prophet Like Moses," and "The Journey of the Magi"
Dan Peterson
4 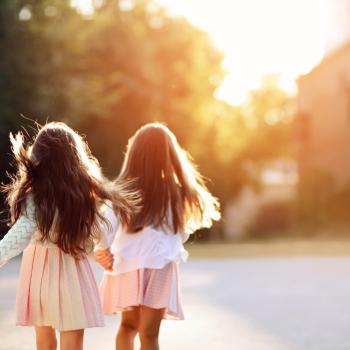 Podcast Ep. 359: A Christian School Expelled a Girl with a Same-Sex Crush
Hemant Mehta
Get Patheos Newsletters
Get the latest from Patheos by signing up for our newsletters. Try our 3 most popular, or select from our huge collection of unique and thought-provoking newsletters.
From time to time you will also receive Special Offers from our partners that help us make this content free for you. You can opt out of these offers at any time.
see our full list of newsletters
Editor's picks See all columnists