It is of course highly unlikely that a preacher would not choose one of the four gospel accounts of the resurrection of Jesus on which to base a sermon on this of all days (!), but a good case can be made for including this grand passage from Acts 10 as a significant part of the celebration. This is so for at least two reasons: 1) the Acts pericope is among the most important statements of Christian inclusivity in the New Testament, and 2) so many people will be in the sanctuary who are not regular church-goers that the preacher is well-advised to include in her sermon not only the announcement of the glad tidings of the resurrection but a clear and powerful statement of the amazing implications of that announcement. Peter and Cornelius can be our guides here as we all begin to explore just what God's victory over death in Jesus might mean for us 21st-century folk.

Luke, the apparent author of Acts, tells as usual a most dramatic story. Cornelius, a Roman centurion, that is a captain of at least a hundred soldiers of the army, stationed in Caesarea on the Israelite coast, was a "devout man who feared God with all his household; he gave alms generously to the people and prayed constantly to God" (Acts 10:2). In other words, Cornelius was a righteous Gentile, a supporter of the local Jewish community who was deeply attracted to the practices and beliefs of Judaism. He was then probably not a convert to Judaism (one could easily imagine how difficult and dangerous such a full conversion would be for a soldier, given the Roman discomfort with those who refused to recognize full Roman power, both political and religious, such as the Jews regularly did), but was generous and sympathetic toward the faith. Such persons were quite receptive to early Christian evangelism.

One day, during his regular prayers, Cornelius is visited by an angel who tells him that his gifts and prayers have been heard and accepted by God and that he is now to invite a man named Simon, but known as Peter, to visit his home; the angel says that this Peter is currently staying in Joppa. So Cornelius quickly sends two slaves, along with a soldier sympathetic to Judaism, to fetch the man. Meanwhile, Peter in Joppa has himself had a divine visitation, the content of which will change the life and purpose of his life and the life of Christianity forever.

In Peter's dream he sees "something like a large sheet coming down," and the sheet is filled with "four-footed creatures and snakes of the earth and birds of the air" (Acts 10:11). Then a voice clearly demands that Peter "get up and eat." But Peter, good and observant Jew that he has always been, flatly refuses. "Not at all, Lord, for I have never eaten anything common or unclean" (10:14). But the voice responds with a claim that is unprecedented in Judaism and serves finally to divide Jew from Jew in the earliest church. "The voice said to him again, a second time, 'What God has cleansed, you must stop making common.' This happened three times" (10:15-16). In all good stories when a thing happens three times, the reader can be convinced that the thing is true.

Yet, Peter is puzzled about "what the vision he had seen might mean." And well he might have been! He has just been told by a heavenly voice that one of the most important markers of his Jewish faith no longer holds any truth for him, and that he must now disregard it completely. While he is puzzling over this thunderbolt from on high, Cornelius' three men show up asking for him. The Spirit of God reveals to Peter that these men are in fact to be trusted and that Peter is to go with them back to Caesarea and Cornelius.

Upon arriving in Caesarea, Cornelius greets him with an act of worship, as if Peter himself were some sort of divine being, but Peter, no doubt embarrassed by the man, demands that he "stand up; I am only a mortal" (10:26). Cornelius invites Peter into his house where "many had assembled." So Peter speaks, and his sermon, for surely that is what it is, reflects his emerging understanding of what had been revealed to him back in Joppa.

"You do understand how it is forbidden a Jew to associate with or to visit a person of another race" (10:28). One might at this point imagine a good bit of perplexed muttering rippling through the crowd, a crowd made up of many Jews and at least some Gentiles. We can hardly know whether or not Cornelius himself has been consorting with Jews personally, and they with him, though it seems highly likely that he has done so. Peter has made it plain that such relationships are in fact forbidden to Jews. Yet, here he is!

And he continues, "But God has shown me not to call any person common or unclean" (10:28). And with that theological claim the separation of Jew and Gentile ends. Note what has happened. Peter's vision in Joppa was about much more than what he now can or cannot eat; the laws of kosher are not the only thing meant by the vision of the animals. For Peter, and for Christianity henceforth, no persons are ever to be excluded on the basis of race or human-devised distinctions. In that assembly in Caesarea we catch our first real glimpse of the rule of God on the earth as Peter and Cornelius and two slaves and another soldier and some members of the local Jewish community stand and listen together to a sermon from Peter that announces the end of human separation in Christ.

Here’s What Your Man Is Really Thinking
Shaunti Feldhahn
2 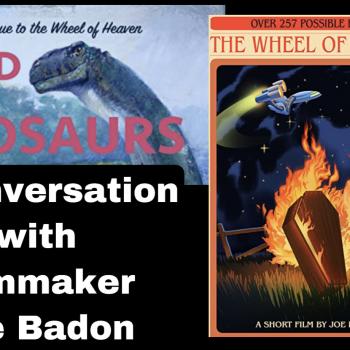 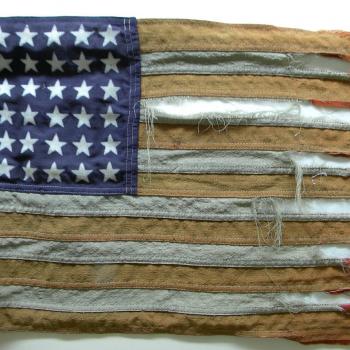 7 Aspects of Christ's Present-Day Ministry
Frank Viola
Get Patheos Newsletters
Get the latest from Patheos by signing up for our newsletters. Try our 3 most popular, or select from our huge collection of unique and thought-provoking newsletters.
From time to time you will also receive Special Offers from our partners that help us make this content free for you. You can opt out of these offers at any time.
see our full list of newsletters
Editor's picks See all columnists