The Next Step in Buddhist Equality Will Be More Challenging

It seems Western Buddhism has made great progress toward gender equality. Numerous barriers of the Asian patriarchal traditions have been left behind, and on the whole, Western Buddhist groups are far more egalitarian than their Jewish, Christian, or Islamic counterparts. I know, for example, of no Western Buddhist groups that categorically deny women access to the key position of institutional power as do such Western faiths as the Orthodox Christians, Catholics, and Orthodox Jews. Western traditions also often give strong religious support for the subordination of women to male authority in the family. The traditional Christian marriage ceremony instructs a wife to obey her husband, and, if anything, Islam gives males an even wider range of power and authority over women in family matters. To the extent that it says anything about gender relations in the family, Western Buddhism tends to reflect the liberal equalitarian values of its members. Moreover, women and men practice together as equals in virtually all western Dharma Centers, and women are commonly found in leadership positions as teachers and administrators.

How do Buddhist practitioners themselves feel? My survey of the members of Western Buddhist groups published in 2001 gives us some concrete data. When asked how they felt about the statement "I feel that discrimination against women is a serious problems in American Buddhism," over two-thirds of those answering disagreed or strongly disagreed. On the other hand, their views were even more positive about their own Buddhist group. Eighty-five percent of the respondents agreed or strongly agreed with the statement that "I think women have an equal chance to attain a leadership position in this organization." Interestingly, there was no statistically significant difference between the male and female respondents on either question.

Yet with that said, we are still faced with the fact that, while the majority of active Buddhists are female, the majority of the leaders are male. I took a very informal look at advertisements for retreats in the current issues of the three major American Buddhist magazines, Tricycle, Shambala Sun, and Buddhadharma. Of the teachers whose gender I could identify, males outnumbered the females by well more than two to one.

So what's going on here? I think the answer is that, while the obvious institutional and doctrinal barriers to full gender equality have largely been removed, Western Buddhist groups are still profoundly influenced by the patriarchal culture in which they are embedded. Although I believe that most of the Western men who are Buddhist practitioners sincerely believe in gender equality, they often are unaware of how much their behavior and attitudes are shaped by the aggressive ethos of male socialization, while their female counterparts' interactions are based on a more egalitarian and cooperative set of assumptions. While men almost automatically receive honor and respect when they gain leadership positions, women hesitate for fear they will be seen as pushy and aggressive.

Although it is important that more women learn to "lean in" and be more assertive in assuming positions of control and leadership, in my view much of the responsibility for change rests on the men who currently hold such positions. It is not enough that the overt barriers to gender equality have been removed; talented women must be nurtured and encouraged to overcome any hesitation they may have to assume positions of power and authority. Many male leaders probably support such proposals, but the next logical step is much more challenging. In order for them to really live up to their ideals of equalitarianism, at least some of them would have to relinquish their top positions of power and work under the authority of female leadership that is not necessarily going to do things in the same way they would.

Finally, something needs to be said about the special circumstances of western Vajrayana. Because of the history of Chinese repression and the resulting Tibetan diaspora, Vajrayana Buddhism is unique in that so many of its top leadership positions are still held by Asian males. Because of the tulku system in which a child is identified as a reincarnation of previous lama and trained for leadership from an early age, those positions are by in large closed to Westerners. Given the traditionalism of Tibetan culture, it seems unlikely that large numbers of females will be selected as the successors to the current high lamas, but the situation could be different in the West. There are now a significant number of highly realized Western women teaching in the Vajrayana tradition, and it would seem possible, in fact highly desirable, if they were to make arrangements to select talented young girls to be trained as their successors from an early age, so they can gain the full confidence and authority that comes from a life-long processes of training. 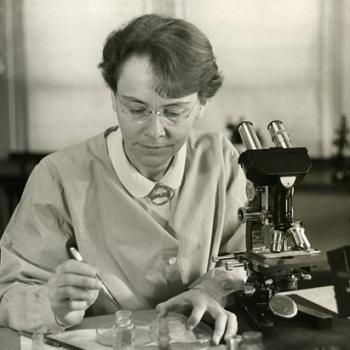 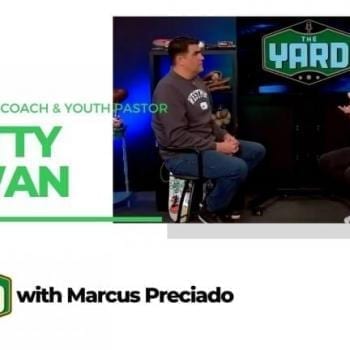 The Yard - Where Faith and Sports Collide: San Pasqual Wide Receivers Coach...
Christian Podcast Central Christian Podcast Central
Get Patheos Newsletters
Get the latest from Patheos by signing up for our newsletters. Try our 3 most popular, or select from our huge collection of unique and thought-provoking newsletters.
From time to time you will also receive Special Offers from our partners that help us make this content free for you. You can opt out of these offers at any time.
see our full list of newsletters
Editor's picks See all columnists