The election of Narendra Modi as the 15th Prime Minister of India has raised the international profile of the country’s controversial Bharata Janata Party. While Mr. Modi's victory is largely seen as positive for the Indian economy, there are widespread concerns about the future of the complex religious and cultural tapestry of the subcontinent. Are such concerns justified? Will the defeat of the Congress Party and the rise of the BJP lead to a rise in sectarianism and the marginalization of non-Hindus? What does this new political atmosphere mean for the Hindu American community?

Hindus Have Choices: Identity, PM Modi, and American...
It is misleading and mischievous to label Modi singularly... 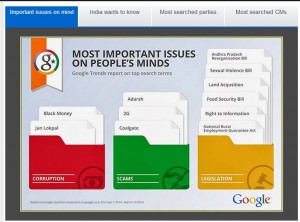 Hindu Activism in America: Moving beyond bias, with...
Editors' Note: This article is part of the Public Square...

Tribalism and Practical Politics
In an intensely complex India, if Modi and the BJP...

Shri Narendra Modi, Hinduism, and Resurgent India
Let us support Narendra Modi in his endeavors and not look...

What Does the Election of Indian PM Narendra Modi Mean for...
If Modi gets to be Prime Minister for two terms (ten...

American Hindus, Narendra Modi, and Diverse Reactions
Although he is a Hindu, Modi is also a politician,...

Civilizational Partners and Equals
We often forget today with all the concerns about the rise...
Patheos Archives