Here, the Rev. Dr. Andre Johnson responds. Andre E. Johnson is Senior Pastor of Gifts of Life Ministries in Memphis, Tennessee. He is also an Assistant Professor of Communication at the University of Memphis and the Founder and Managing Editor of the popular group blog, Rhetoric Race and Religion.

I am a pastor and professor. I see my work as a calling and see both of my roles as interacting with one another. My work as a professor informs my work as pastor and my role of pastor helps shapes my academic work. They both help shape and form who I am and help ground me to live as authentically as I can.

I am rereading the works of James Cone. I am reading his work for a class that I am teaching about the theology of Cone.

However, the more I read his work, the more I am fully convinced that Cone's theological method and approaches are helpful in discerning and reflecting on the crisis we face today. Cone's Black Theology speaks to the Black Lives Matter movement today and the reason for this is that Cone developed his theological paradigm in the context of the Black Power movement. And as many have noted, the Black Lives matter movement is our generation's Black Power Movement. I plan on doing some blog posts about Cone for the Rhetoric, Race and Religion blog, so I will not elaborate here. However, suffice it to say that the folks who started the hashtag #JamesConeWasRight were themselves right!

What do you feel is the most pressing challenge of the movement for the value of Black Lives/racial justice today?

To me, the most pressing challenge in the black liberation movement is the still blatant disregard of black humanity. This is why Black Lives matter is so important. It is saying that "we matter!" However, if one does not believe that black folks matter, black human bodies matter, black lives matter, black existence matters, then there is no way we can even begin to talk about challenges; if one denies my humanity, then they also will deny my testimony and my truth.

The human-made crisis in Flint provides just the latest example. Let's not start with the whole ideology that lead to the Emergency Manager Law and how the state has appropriated the law in majority black communities and why the Emergency Manager made the switch in the first place. Let's start with the fact the Flint residents told anybody who would listen that the water was bad over a year ago! If black truth and testimony mattered, maybe the state would have taken the complaints seriously. Instead as the released emails show, the state believed it was only a political ploy and the water was fine.

It's simple; no one believed them because no one cared about them. Moral persuasion simply does not work on people who do not believe your very existence matters.

I see hope in recognizing and realizing that maybe things will not get better in the short term. I think one of the most debilitating things to have is a false sense of hope shaped by a reconciliation narrative that many ask people of color to accept. The hope I think we need is what I call a prophetic pessimism — a hope grounded in the lament tradition of prophecy that calls out the ills and systematic oppression facing society. It's a hope deeply committed in the resistance tradition and not surprised by the contextual realities of one's existence.

For instance, as noted earlier, I serve both as a pastor and professor. In my role of pastor, I must accept the fact, as the latest Public Religion Survey poll demonstrated, that 70 percent of my white evangelical "sisters" and "brothers" do not believe there is a problem in the way police "serve" folks in black neighborhoods or how police target black bodies and disregard black truth and testimony. Therefore, how can we seriously have a conversation on race and matters of policing with those who fundamentally believe we are, at best "making things up," or at worse, "flat out lying." 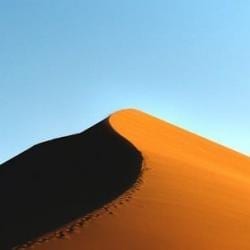 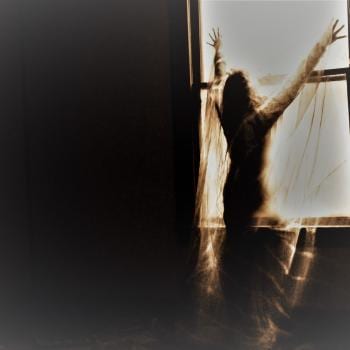 Magnificat: Mary and the Refusal to be Small for Insecure, Fearful Men
Leah D. Schade
3

Rock climber completes historic ascent and says, “We should be less afraid to...
Jim Denison
Get Patheos Newsletters
Get the latest from Patheos by signing up for our newsletters. Try our 3 most popular, or select from our huge collection of unique and thought-provoking newsletters.
From time to time you will also receive Special Offers from our partners that help us make this content free for you. You can opt out of these offers at any time.
see our full list of newsletters
Editor's picks See all columnists