Just Be Good for Goodness' Sake: Humanism and Charitable Giving

Last week Facebook founder Mark Zuckerberg and pediatrician Priscilla Chan celebrated the birth of their daughter by announcing that they would donate 99 percent of their Facebook shares to charity. In a letter to their daughter — which outlines a number of humanist principles, particularly that all lives have equal value — Chan and Zuckerberg describe how their generous charitable gift will make the world healthier and more connected. Notably absent from the letter is any mention of God or religion as their reason for giving. Chan and Zuckerberg simply want their child to "grow up in a world better than ours today…because we have a moral responsibility to all children in the next generation."

This is the essence of humanism. The most updated pronouncement on modern humanism, Humanism and Its Aspirations, describes how "humanism affirms our ability and responsibility to lead ethical lives of personal fulfillment that aspire to the greater good of humanity." The philosophy centers on empathy, as well as the compassion and a sense of egalitarianism that flow from it. Because we believe this is the one life we have, we must make the most of our brief lives on this planet not just for ourselves, but for future generations. Humanists give because we know a higher power won't save us; we have to save each other. It's about being good because it's the right thing to do, not to increase one's chances of getting into heaven.

Quite often, humanists and other nonbelievers are criticized for not being charitable enough, sometimes citing multiple studies confirming that religious people contribute more to charity. But those studies tend to confuse religiosity with community involvement. And the recipients of religious charitable giving are often churches, not programs designed to help people. As Roy Speckhardt, executive director of the American Humanist Association, points out in his book Creating Change Through Humanism: "America gives religions over $80 billion a year in charitable funds. But how much of that goes to the public good versus lining the pocket of the clergy? While it's difficult to find good data, even an evangelical research project found that 82 percent of average church income is spent on administration, building, and personnel." Should donating to the church count as charity if most of it isn't going to the church's secular services that actually do good, such as feeding the poor?

It's long overdue to end the myth that nonbelievers aren't generous. In fact, a 2012 study from the University of California-Berkeley suggests that atheists and agnostics are more generous because we "are driven by emotions, such as compassion, as opposed to religious people, who may be more influenced by 'doctrine, a communal identity, or reputational concerns.'" And most recently, a study determined that children brought up by atheist parents are more generous than children brought up in Christian or Muslim households. Though more research is needed that compares community-engaged atheists with church-going theists, it's clear that traditional religious belief isn't necessary to be kind and generous toward others.

As a fundraiser for the American Humanist Association (a nonprofit charity), I've met with hundreds of humanists who, for obvious reasons, don't give to churches or other houses of worship, but do give generously to a diverse number of secular organizations working to alleviate poverty, protect the environment, and promote the arts and humanities. They're obviously not doing it to gain points with a god that they don't believe in, nor do they emphasize flashy publicity or public recognition of their gifts beyond a listing in our organization's newsletter. No doubt humanists would continue to give even if it didn't result in a tax break for them. They give because they deeply care about the cause, because they want to make the world a better place, and it makes them feel good to know they are making a difference.

Humanists have an obligation to make this life better for ourselves and society. Whether you're religious or secular, let's all be good for goodness' sake. 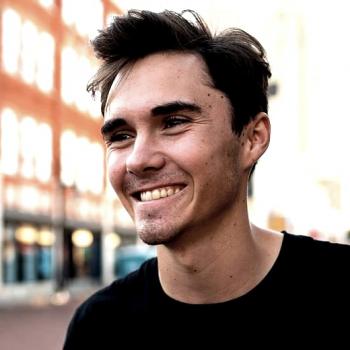 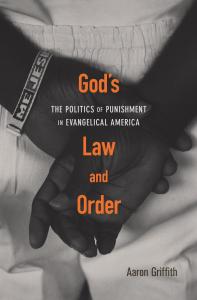 Donald Trump’s impeachment trial continues: The history-changing power of...
Jim Denison
Get Patheos Newsletters
Get the latest from Patheos by signing up for our newsletters. Try our 3 most popular, or select from our huge collection of unique and thought-provoking newsletters.
From time to time you will also receive Special Offers from our partners that help us make this content free for you. You can opt out of these offers at any time.
see our full list of newsletters
Editor's picks See all columnists