Consumerism: What Do People Really Want?

Perhaps the best response to wealth disparity in America today can be summarized in two words: Karla Nugent. 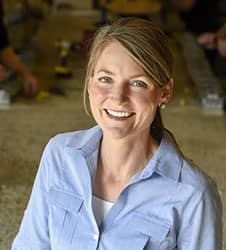 Karla is the Chief Business Development Officer at Weifield Group Electrical Contracting in Denver. In 2014, she won the Denver Business Journal's 2014 Corporate Citizen of the year award. Why? Denver's economy is booming, and as the economy has required more skilled laborers, Weifield has hired more electricians. In the building boom, Karla saw a chance to serve.

Behind Karla's leadership, Weifield opened up a philanthropic arm that donates to four communities: women and children, head of household, military, and "less fortunate." But they also brought the needs of the community right into their company. She created an apprentice program in partnership with the Denver Rescue Mission, Stout Street, and Peer One — local nonprofits that work with the homeless, formerly incarcerated, and other at-risk communities.

Weifield Group hires these at-risk men to work in a pre-fabrication process. If new trainees can complete the process, Weifield will pay for 100 percent of their education to become fully certified electricians. Thus far, 43 out of 45 apprentices have made it through the program. Many have gone from homelessness to making upward of $50,000 per year.

After an in-house graduation ceremony for new electricians, a mother approached Karla in tears and said, "Everybody had given up on my son. But you believed in him. You gave him a new life. Thank you."

Debates of wealth disparity in modern American life can generate a lot of fury.

There is fury over the 1 percent-ers. How can CEOs make so much money while the wages of lower and middle class Americans stagnate? Isn't capital bound to accumulate in the 21st century unless we levy steep taxes on the wealthy?

There is fury over wasteful consumption. How can we pay so much for new houses, cars, cable TV plans, and trips to Cancun — while racking up ever more debt? Doesn't our uncontrolled spending ignore the plight of the poor farmer in Nicaragua or the working single mother in Detroit, just looking for a chance to "make it"?

Much of this fury is understandable. I've felt it too. But is there a better way to heal the growing economic divide than partisan blame?

After observing people like Karla, I've come to ask a different question: What do my low-income brothers and sisters really want? When we actually ask the poor what they really need, the answer is resoundingly clear: "We want a good job."

Jim Clifton, the president of Gallup, says in The Coming Jobs War: "Of the 7 billion people in the world, there are 5 billion adults aged 15 and older. Of these 5 billion, 3 billion tell Gallup they desire a full-time job. Only 1.3 billion actually have a good job." (Gallup defines a good job as one with 30+ hours of work a week with a consistent paycheck from an employer.) Which means that 1.7 billion people are just looking for a good job to support their families.

But the Bible also places an emphasis on allowing the poor the dignity of working to provide for their own needs.

Take the Old Testament practice of gleaning (Lev. 19:9-10). First, land owners were to leave the margins of their field unharvested. Second, they were not to pick up whatever fell to the ground. And third, they were to harvest their fields only once. Why? To allow the poor and resident aliens (immigrants) the chance to provide for their families through working the field and collecting enough food for their families.