Religion: Divorced from the Hallmarks of Rationality

Millions of Americans are leaving their respective faiths and making it clear that they don't count on a god intervening in their lives by identifying with atheist, humanist, and agnostic labels. Some of this departure from traditional religion can be linked to the fallout from various scandals within religious institutions, such as the sex abuse scandal in the Catholic Church or the widespread fraud and embezzlement seen across much of the religious spectrum. For others, traditional religions have simply become outdated institutions, promoting irrationality in a modern age that's increasingly reliant on rational means of gathering information.

But is religion truly divorced from the hallmarks of rationality: reason, good judgment, and clear thinking? In most cases, yes. As I explain in Creating Change Through Humanism, a fundamental aspect of most religions is the concept of faith, which most often refers to either belief with no evidence or belief even despite contradictory evidence. Take, for example, the creation stories so central to monotheistic religions. When reviewed by cosmologists and biologists, it's clear that many religious tales and timelines are contradicted by scientific evidence. People who try to adhere to a religious creation story that conflicts with science can experience cognitive dissonance as they try to reconcile their faith with a learned scientific understanding of the universe, the dawn of our planet, and the life it sustains.

Faith's common sources of knowledge are ancient books and divine revelations, which are frequently contradictory, disproven, and simply far-fetched. One doesn't have to look far to find disagreements in the Bible about whether God promotes peace or war, wisdom or ignorance. Disproven scriptural concepts abound, like the geocentric universe, that animals that were created rather than evolved, and that there was ever an exodus of Israelites. Stories about rising from the dead, talking donkeys, and harboring all the world's animals on a wooden boat are just too much for modern people to accept. Fortunately, we've developed a much better source for determining knowledge rather than "for the Bible tells me so."

The scientific method for determining answers has been proven reliable by experience. Science is a process for obtaining information and determining the best courses of action, and any individual has a chance to change everyone's minds if they can prove their point; no faith required. As Neil DeGrasse Tyson simply says, "The good thing about science is: it's true whether or not you believe in it." Believing that knowledge of the world is derived through observation, experimentation, and rational analysis automatically rules out many faith-based conclusions.

And the scientific process can address meaning and morality as well, contrary to the assertions of those who would like to save religion from being disproven by tucking it away outside the boundaries of science. In truth, we can and do use the same scientifically-rigorous approaches of observation, analysis, trial and error, and conclusion when approaching questions of meaning, purpose, and right and wrong.

Still, different people have different understandings of faith. Some re-envision faith as a sort of confidence, such as those who suggest they have faith in humanity. Such a faith can be rational since there is evidence to support humanity's potential. For instance, a "faith" in humanity is bolstered by Steven Pinker's research for The Better Angels of Our Nature, in which he explains how we're progressing to a better and less violent global community. While "confidence" is probably the better, more universally understood term to refer to such convictions, some folks, like Ethical Culturists, are more comfortable with spiritual language. Such individuals may see the benefit of communicating what they understand as their faith or their religion. 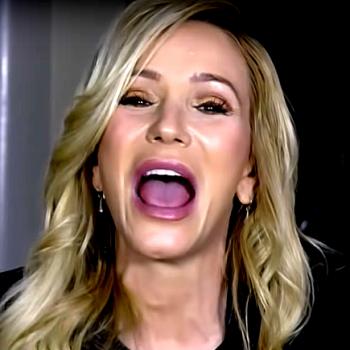