The Success of the American Muslim Experiment

Between 2010 and 2014, I served as a senior advisor for the U.S. State Department, and one of my duties was to engage with young Muslim populations around the world. Everywhere I went, I received earnest queries about the perceived difficulties facing Muslim life in America. "How can you stand the hostility you get from other Americans after 9/11?" was one angle, which was odd to hear from Muslims living in a much more intolerant Europe. "Do you even pray or know anything about your religion?" went another, asked more with concern or pity than derision. I suppose if all I depended on was what I read on the internet, I'd feel the same way.

Let's talk about that. Oddly, perceptions in America vis-à-vis Muslims were pretty stable in the years after 9/11, and only began tacking increasingly negative in the past few years. Even then, much of this hostility has kept itself confined to online spaces (thankfully, though recent small public protests around the country are a worrying spillover). The increased heat is due to various reasons, including an influx of foreign anti-Muslim provocateurs (e.g., Ayaan Hirsi Ali, Geert Wilders) and methodologies (e.g., anti-sharia legislation), the rise of ISIL/al-Qaida, etc., and their concordant crimes against humanity, as well as the convenience of having a new political whipping boy to bolster national security credentials come election time. Both distrust of Muslims and concern over their loyalty to America have risen over the past years as a result.

Paradoxically, however, the American Muslim community — with respect to the reality on the ground — is in better shape than it has ever been. By every available metric, Muslims in America have become wealthier, happier, better integrated into society, more educated, and more confident about their identity. One the eve of 9/11, we had just over 1,200 mosques in the U.S. (according to my mosque review website salatomatic.com); today that number exceeds 2,500. And this increase does not come as a result of immigration, but rather because American Muslims decided collectively to double down on their identity rather than flee from it. If you had told me in the weeks after 9/11 that only ten years later we would have two Muslim members of Congress, visible representation of Muslims on mainstream TV — from CNN's Fareed Zakaria to the Daily Show's Aasif Mandvi — a president with "Hussein" as his middle name, and increasingly nuanced and complex journalism covering Islam in America, I wouldn't have believed you. And all this progress came even as the U.S. fought two costly wars with Muslim-majority countries, tipping the perception scales here at home.

So why has the increasingly hostile tone toward American Muslims had little effect on their advancement? In order to answer this question, we need to understand what makes the American Muslim community unique among global Muslim communities, as any ability to deal with societal pressures and conditions depends upon these characteristics.

It is a community confident in its rights as Americans and willing to fight for them, one that sees itself as the heir to the community struggles of the 20th century — those of the Italians, Jews, Irish, and African-Americans. It is a community that both seeks to root itself in self-reliance (American Muslims, ranging from cab drivers and cooks to CEOs, are very entrepreneurial) but is also increasingly seeking to prove its value to America through public service, as can be seen in the nearly fifty Muslim-run free health clinics (the vast majority of whose clients are not Muslim) that have popped up in the past twenty years. At the same time, the American Muslim approach toward religion is taking the best of all the various Muslim traditions that found their way here and weaving them into a fabric that is uniquely American — asking hard questions about race and gender, challenging status quos that hold back socio-cultural progress, and merging a rich tradition of Islamic scholarship with the rigor of American higher education.

The Value and Necessity of Inter-Religious Dialogue
Guest Contributor
2 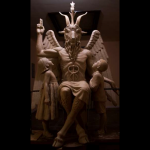 Satanists Launch "Devil's Advocate" Scholarship For People Who Hated School
Hemant Mehta
Get Patheos Newsletters
Get the latest from Patheos by signing up for our newsletters. Try our 3 most popular, or select from our huge collection of unique and thought-provoking newsletters.
From time to time you will also receive Special Offers from our partners that help us make this content free for you. You can opt out of these offers at any time.
see our full list of newsletters
Editor's picks See all columnists