Joseph Smith, the founding prophet of the Church of Jesus Christ of Latter-day Saints, experienced his first theophany in 1820. Thus Mormonism, as it is commonly known, will soon enter its third century. In my 2010 contribution to this Patheos project on the future of religion, I outlined the general theoretical perspective that informs my expectations about the developments in institutional Mormonism across time, and I updated my observations in the Winter 2011 issue of Dialogue: A Journal of Mormon Thought.

Between now and 2020 I expect the Church to continue seeking an optimum level of tension between its unique traditional truth-claims and the assimilative pressures from the surrounding secular culture. As an observant Latter-day Saint, I hope that the appropriate "course corrections" will continue to maintain this optimum tension indefinitely, thus maintaining the vitality of the Church during the coming century. On the other hand, as a social scientist, I see signs that the Church is following a familiar trajectory, though perhaps somewhat unevenly, which will lead eventually to fuller assimilation, perhaps in the mode of general American Protestantism or Judaism. To avoid, or even retard, such extensive assimilation, the Church will need a great deal of skill in managing its public image and in resisting the external influences that will constantly be pressing to "domesticate" the peculiar Mormons.

As specific sites of this tension, many developments in Mormon ecclesiastical life can be imagined during the next five years, some of which have already started to emerge:

1) We can expect to see a great expansion in both the reach and the resources of the Church's humanitarian mission in various parts of the world (not just among its own members), in accordance with its recent official addition of this commitment to the three spiritual missions it has always maintained.

2) Certain secular precepts currently in fashion around the concepts of race, class, and gender — inspired largely from the American political left — will increasingly require the Church both to defend and to modify some of its teachings and policies about gender, sexual expression, marriage, and family, as well as some of its traditional narratives about pioneers and white American triumphalism. I expect key LDS apostles themselves to take the lead in representing the Church's interests on such issues, backed, of course, by the experts in LDS Public Affairs.

3) The Church will continue to increase the nature and extent of female participation and leadership in important ecclesiastical roles but will stop short of actual priesthood ordination for women in the foreseeable future. Member advocacy for ordination, when it takes the form of mobilizing political or civic pressure on the leadership, will continue to be met with official resistance, including church discipline.

4) The trend toward open archives, along with greater transparency and expansiveness in explaining the Church's own history and doctrines, will continue, as will the official rapprochement with scholars of good will and reputation, Mormon and non-Mormon. This policy will continue to yield the most constructive responses to the rapidly proliferating information (positive and negative) about Mormons and Mormonism on the internet.

5) Theology as a formal discipline in Mormonism will become an increasing preoccupation of independent Mormon intellectuals during the coming years under the permissive gaze of the ecclesiastical leadership itself, which has neither the disposition nor the training to engage in systematic theology.

6) The Church leadership will continue to promulgate doctrines (as contrasted with theology) in the form primarily of a few basic truth-claims emphasizing both the Christian and the peculiarly LDS nature of those doctrines. Operationally the leaders will emphasize orthopraxis over orthodoxy, making room for considerable latitude in the individual's understanding and interpretation of doctrines as long as members are living their lives in accordance with the established behavioral standards of the Church.

7) Member identity and loyalty to the Church as an institution will become increasingly problematic as Mormons, like other Christians, sort themselves along the twin dimensions of belonging without believing and its opposite. On the one hand, the foreshortening of the formal conversion process has made baptism and nominal Church membership relatively easy to obtain. On the other hand, departure of the disaffected, whether formally or informally, has never been easier or less costly in social and emotional terms. The resulting "easy come, easy go" situation will lead to a continuing decline in the proportion of LDS membership that actually participates in, or even identifies with, the Church as an institution. 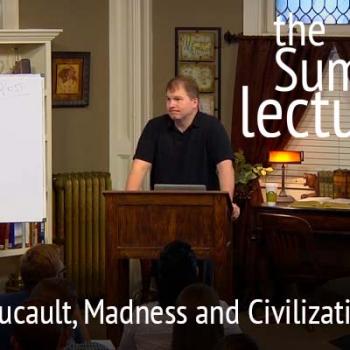 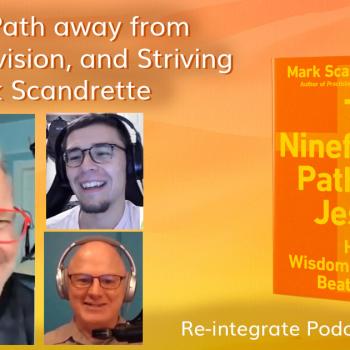 The Jesus Path away from Anxiety, Division, and Striving - with Mark...
Bob Robinson
3

The Adventurous Lectionary - All Saints - November 1 and 7, 2021
Bruce Epperly
4

Jesus, Patriarchy, and the Wellbeing of Women (Part 1 of 3)
Herb Montgomery
About
Get Patheos Newsletters
Get the latest from Patheos by signing up for our newsletters. Try our 3 most popular, or select from our huge collection of unique and thought-provoking newsletters.
From time to time you will also receive Special Offers from our partners that help us make this content free for you. You can opt out of these offers at any time.
see our full list of newsletters