The Future of Baha'i and the Unity of the Human Family

The rise of the "nones" — the religiously unaffiliated Americans who now comprise nearly a quarter of the adult U.S. population — may be understood as a reflection of certain cultural and social forces that have been at work in America and around the world for the past century. Understanding these forces can give us insight into the trends shaping religious life and propelling the appearance of new forms of collective religious expression in America.

One of the most powerful forces driving cultural change is the explosion in scientific knowledge and technical mastery that began in the mid-19th century. The rate at which knowledge is generated and innovations are diffused increased markedly in the mid 1800s and continues to accelerate. The collective awe invoked by this sudden shift in human affairs was captured by Samuel F. B. Morse when he launched the modern era of telecommunications by telegraphing the phrase "What hath God wrought?" from Washington, D.C. to Baltimore on May 24, 1844.

Throughout history, such periods of rapid scientific advancement have also seen profound cultural and social change — a transformation of the essential relationships that sustain society, including the very conception of the self and its relations with the community and the institutions of society. In our age, the reconceptualization of essential relationships has revolved around a core insight: a growing awareness of the oneness of humanity and an appreciation of the profound implications of this fundamental truth.

Despite the 20th century's horrific toll in war and genocide, its enduring legacy is a humanity coming to grips with itself as one people and the earth as a common homeland. (See "To the World's Religious Leaders: A Message from the Universal House of Justice" for more on the Baha'i perspective on the spiritual legacy of the 20th century.) The major drivers of conflicts that divide humanity — such as the oppression of women and prejudices of race, nation, or ethnicity — are gradually falling away, first at the level of collective agreement on principle, and then progressively at the level of practice and structural change. Despite enduring injustices based on gender, race, class, or ethnic prejudices, a threshold has been crossed from which there is no turning back. Notions of racial, national, or gender superiority have been relegated to the fringes of society and are increasingly unacceptable as a credible basis for policy.

One practical outcome of these trends has been a dramatic and persistent reduction in violence. In his 2011 book The Better Angels of our Nature, Steven Pinker exhaustively documents a marked decline in violent behavior at both micro and macro levels of society, and over both the short and long term, and concludes that we are now living in the most peaceful time in history. This can be hard to believe amidst the daily barrage of news of terrorism and police brutality. Nevertheless, movements like Black Lives Matter illustrate not an increase in the number of incidents of racially charged police brutality, but rather an increase in moral outrage over such incidents and an emerging collective consensus that such violence is unacceptable.

Sadly, there is one major driver of human identity and motivation that has resisted these trends, and this is the realm of religion. Religion remains a source of intransigent prejudices that divide human beings and stand in the way of social cohesion. It is not a coincidence that religious prejudices and divisions lie at the core of many of the world's most intractable conflicts. By and large, religious leadership has been unable to make the conceptual leap required to embrace the implications of the oneness of humanity. In its 2002 Message to the World's Religious Leaders, the Universal House of Justice expressed the moral responsibility of all religious leaders to reject claims of privileged access to truth and unequivocally urged "the renunciation of all those claims to exclusivity or finality that, in winding their roots around the life of the spirit, have been the greatest single factor in suffocating impulses to unity and in promoting hatred and violence."

The marked rise in religiously unaffiliated Americans may be seen as a symptom of this inability of religious institutions to embrace the implications of the oneness of humanity. A significant proportion of the "nones" say that spirituality is important to them, that they believe in God and pray regularly. Yet they reject the inherent divisiveness of religious affiliation — the claims of privileged access to truth that would set them apart from or in an inherently superior position to those who do not share the same belief system. It was not long ago that the purveyors of prejudice and oppression — based on race, nationality, or gender — sought justification and moral grounding for their beliefs in a narrow reading of selected scriptural passages. That such interpretations have been largely discredited lends hope that religions can likewise surrender their claims of exclusivity and begin to see their traditions as expressions of a universal human faculty. 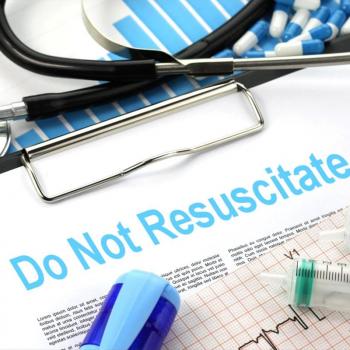 DNR Orders Forced on Those With Learning Disabilities
Matthew Schneider
2 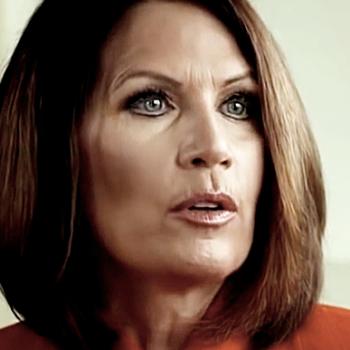 Biden is not President-elect: 'Americans aren't that dumb'
Barry Duke
3

Hymns of Faith and Hope: Brightest and Best of the Sons of the Morning
Jonathan Aigner
4

Do This Now So You Don't Miss Out
Frank Viola
Get Patheos Newsletters
Get the latest from Patheos by signing up for our newsletters. Try our 3 most popular, or select from our huge collection of unique and thought-provoking newsletters.
From time to time you will also receive Special Offers from our partners that help us make this content free for you. You can opt out of these offers at any time.
see our full list of newsletters
Editor's picks See all columnists