Environmentalism — encompassing sustainability, recycling, reducing carbon footprints, and zero liquid discharge — has gained worldwide momentum. Environmentalism is a word that evokes a broad, and often passionate, spectrum of opinions and emotions in people depending on their perspective on issues such as climate change, genetically modified organisms or crops (GMOs, GMCs), the Keystone XL Pipeline, and hydraulic fracturing (fracking). Must we choose between protecting the environment and vibrant economies?

When it comes to the environment, we need to consider the concept of "competing goods," namely, mitigating man-made climate change versus the beneficial use of fossil fuels for energy, eliminating the waste from manufacturing life-saving medical devices versus the benefits they offer, preventing pharmaceutical products from entering our water supplies versus curing diseases, habitat protection versus food production.

Life one hundred fifty years ago, prior to many of the environmental threats we experience today, was not the environmental Utopia many imagine and yearn to have back. In those days, city streets were filled with animal and human feces. Sewage went directly to rivers and groundwater. People frequently died from bad food and water. More than any medical breakthrough, human health in the early 20th century was advanced by filtering and adding a chemical — chlorine — to drinking water to eradicate typhus and other waterborne diseases. Many drinking water plants still use chlorine for disinfection of potable water, not a zero risk measure but a better option than epidemics of waterborne diseases. We could have the same debate about GMOs and GMCs that increase food production in places where starvation is rampant.

I won't spend much time talking about materialist environmentalism that considers human beings an "invasive species," no more important than birds and bugs and maybe less important — a perspective that's antagonistic to both Christianity and classical humanism.

I have firsthand experience with superficial and sensible environmental projects. At one extreme was a wastewater treatment plant designed to reduce zinc from 5 to 1 part per million. Removing a small amount of a relatively benign material – zinc — from a sewer that went to a large city's treatment plant rather than directly to the river cost $3 million, produced large quantities of landfill sludge, and increased the carbon footprint due to its energy usage. I also helped design a wastewater treatment plant in Mexico City that sent its water to a canal where people washed clothes and collected drinking water. This treatment plant made a big difference for local residents, as the treated water was much better than the canal water itself.

A sensible environmental perspective ought to consider more than technology, though technology is an important part of this complex equation. Advances in technology make possible and affordable what wasn't possible or affordable 10-20-30 years ago. Technology leaps — membranes, biotechnology, "toilet to tap" — have made many of the dire warnings we heard in past decades sound silly. Today, we can make 100-year-old leaky sewers and water mains like new without disruptive excavation and replacement. We're capable of doing things now that were unimaginable a generation ago, and there's no reason to believe that similar advances won't occur in the next several generations. We shouldn't be lured into the neo-Malthusian thinking that if we can't do it today, we won't be able to do it tomorrow.

Closely connected to the subject of technology is the data we use to make decisions. Data skeptics and science deniers aren't the same thing. On many occasions, scientists – experts — reached a consensus on things that were subsequently proven to be false. In fact, not a month goes by when some cherished scientific theory isn't challenged or overturned. We must rely on data to help us make decisions, but history informs us that what was settled science can be much different today. One consensus today that's false is that America's environment is deteriorating, when by almost every measure America's environment is cleaner than it's been in more than one hundred years: the safety and quality of our drinking water; many wastewater treatment plants discharging cleaner water than their receiving streams; cleaner lakes and rivers; habitat creation, even in industrial settings like the Detroit River; smog elimination and less air pollution; and no more open dumping or uncontrolled land disposal of wastes. 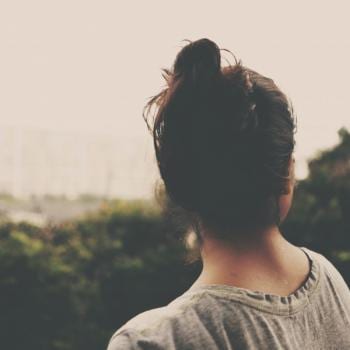 New Moon, New You? Reflecting on Past Workings
Irisanya Moon
2

Common Grace, 2.23
Coyle Neal
Get Patheos Newsletters
Get the latest from Patheos by signing up for our newsletters. Try our 3 most popular, or select from our huge collection of unique and thought-provoking newsletters.
From time to time you will also receive Special Offers from our partners that help us make this content free for you. You can opt out of these offers at any time.
see our full list of newsletters
Editor's picks See all columnists