Our God Is Marching On

To march is a simple act: it is to walk with others from one location to another. Marching does not cost much. Nor does it require a weapon or good technology. A pair of plain shoes, or even bare feet, suffices. Everyone can march as far as she can move, even with crutches, a wheelchair, or a cane.

A march, however, is more than a walk. It is not an aimless wandering; it is an intentional, purpose-driven, missional proceeding toward one's destination, often against obstacles and resistance. It is a walk driven by a high moral cause. People march to transform and to build. Although it is simple, plain, and common, it is one of the best tools of democratic social expression and protest.

A good march is a community building process. Something happens during a march when ordinary people walk, talk, sing, laugh, and cry together. A common spirit arises and collective agency is built as they share their common suffering, their pain, their hope. They build bonds.

March has a special meaning in the Scripture. The Exodus was about Moses' and the Israelites' march toward the Promised Land through wilderness. After crossing the Jordan, Joshua and the new generation of Israelites marched around the wall of Jericho for seven days, and the wall tumbled down. Reenacting Moses' march, Jesus also marched with thousands of people in the wilderness while teaching them about the kingdom of God. Every march is a journey, a movement toward the Promised Land. Ultimately Jesus marched alone with the cross from Jerusalem to Golgotha for the salvation of all.

Learning from Scripture and Mahatma Gandhi, march has a special place in Martin Luther King, Jr.'s theology. One of his sermons preached after the Selma March was "Our God Marches On," which says God is on a march — a march toward justice and love. King understood God not as static, immutable, transcendental, or remote, but as active, present, constantly moving on in history to achieve God's goal.

King's public life was characterized by marches. He used marching as a major tool of his movement. King learned from Gandhi that nonviolent resistance is a morally consistent and politically effective means of social transformation. During his student years, King read extensively how Gandhi brought the British Empire to its knees through nonviolent resistance, consummated in the Salt March.

King marched for civil rights, equal housing, jobs, peace in Vietnam, and economic rights of sanitation workers. King was preparing for another march on Washington D.C., the poor people's campaign, when he was killed. His march was planned to move the U.S. from the jungles of racism, poverty, and militarism to the beloved community of justice, brother-sisterhood, and love.

The Selma March was one of many. Marching the 54-mile distance from Selma to Montgomery, the state capital of Alabama, was intended to raise the social awareness of the obstacles that African American voters faced in the South, and of the need for a Voting Rights Act. King chose Selma because it was one of the bastions of segregation where suppression, intimidation, and violence were rampant against potential voters. Only 2 percent of eligible African American voters were allowed to vote there. King's strategy was to confront social injustice such as racism in its own territory with the goodness of nonviolence and truth. Yet the Selma march was more than a local political demonstration. The real objective was to put pressure on President Lyndon B. Johnson and Congress to initiate new national voting rights legislation to protect African American voters.

The march was resisted from the very beginning. White segregationists refused to allow the march; they tried it to block by all means. Under the command of Jim Clark and Major John Cloud, state troopers and local police forces brutalized peaceful marchers, including elderly women, with clubs and tear gas. The whites who resisted the march knew that it could empower African Americans, mobilize people of good will, and change the status quo of white supremacy. Like Pharaoh and the Egyptians in the Exodus story, they did not want to lose their political control, privileges, or power.

The infamous violence on the Edmund Pettus Bridge is now remembered as "Bloody Sunday." The nonviolent resistance on the Edmund Pettus Bridge by blacks and whites together was a public enactment of the Christian message of the crucifixion resolved by the marchers' willingness to suffer for the sake of justice and redemption of the nation. They responded to hatred with love, to violence with nonviolence, to cynicism and fatalism with hope and faith. 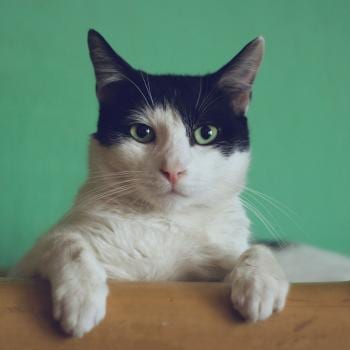 The Cost of Complementarianism: An Interview with a (former) Southern Baptist...
Beth Allison Barr
4 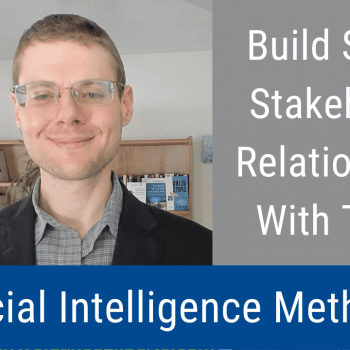 Build Strong Stakeholder Relationships Through These Three Social Intelligence...
Gleb Tsipursky
Get Patheos Newsletters
Get the latest from Patheos by signing up for our newsletters. Try our 3 most popular, or select from our huge collection of unique and thought-provoking newsletters.
From time to time you will also receive Special Offers from our partners that help us make this content free for you. You can opt out of these offers at any time.
see our full list of newsletters
Editor's picks See all columnists