"This shall be a burnt offering, a gift, of pleasing odor to the Lord" (Leviticus 1:1).

With these words the Bible's book of Leviticus begins. It is book that, on the whole, feels out of step with contemporary sensibilities.

Leviticus speaks of sacrifices. It details the sprinkling of blood on the altar. It is obsessed with blood. It worries about the categories of pure and impure. Its sentiments are not my own.

Does God truly require such sacrifices?

No. But perhaps we do. The not-so-secret purpose of these sacrifices was to create empathy. Here is how it was done. You had to pick the choicest animal from your flock. Whether it was a bull, sheep, or goat, you had to examine the animal to make sure it did not have any blemishes. You would then give the animal to the priest who would slaughter it on the altar and burn it up in the sacrificial fires.

The notion of sacrifice is to give something up. Moreover, that gift had to be prized. It had to be without blemish. In other words, a person must look closely at their flock and determine which of their animals is as close to perfect as possible. Somehow this ritual act of offering a prized animal on the altar created empathy.

Despite all of that disgusting blood and guts covering the altar, a connection is made between God and the person offering the sacrifice. The act of touching the animal, of carrying it to the Temple, of giving up something so valuable and so nearly perfect, creates that bond. You offer it to God. Sympathy is elicited. Empathy is fashioned. The path begins with giving up something that you would prefer to keep for yourself, something that you value and cherish.

While I do not wish to bring back sacrifices I find myself envious of this deep connection with God. Imagine how simple it might be. I offer a gift. God becomes pleased. A bond of caring is formed.

I recently read that there is a direct correlation between our increasing use of smartphones and the fact that people feel less and less connected to each other. Despite the fact that we live in a hyper-connected society we feel increasingly disconnected.

Studies of conversation both in the laboratory and in natural settings show that when two people are talking, the mere presence of a phone on a table between them or in the periphery of their vision changes both what they talk about and the degree of connection they feel. People keep the conversation on topics where they won't mind being interrupted. They don't feel as invested in each other. Even a silent phone disconnects us.

A University of Michigan study also reports a sharp decline in empathy among college students. Apparently in today's world people care less about others. We are most certainly able to reach each other with greater ease, and we speak with one another with greater frequency, although I suspect in abbreviated sound bites, but we also have come to care less about others.

The smartphone appears to get in the way of real caring and true concern. So how might we refashion empathy?

I am not one to advocate winding back the clock. I have no desire to return to the past (or for that matter give up my smartphone). I most certainly do not want people to start bringing me their animals to sacrifice on the altar! Then again perhaps our ancestors were on to something. All of Leviticus' details point to something profound. With all its bloody, primitive rituals our ancestors intuited something that remains even more elusive today.

If we want to care about others, then it has to involve sacrifice. It demands giving up something that the individual prizes. You can only truly grow to care for another when you give up a piece of the self. Empathy demands the sacrifice of the "I." The ancients understood the most important ingredient. I have to offer something that I value. For them it was as simple as giving up a prized animal. This was never viewed as a loss but a gain.

The path remains the same. The means must change.

Preacher Who Allegedly Tried to Pay Men for Sex Credits Angels with His...
Hemant Mehta
2 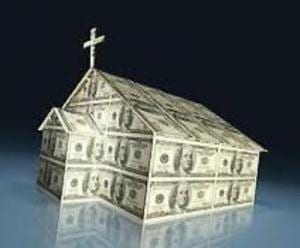 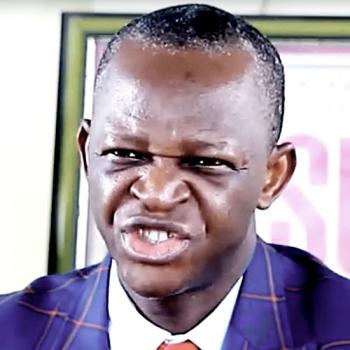 From banker to wanker: 'Bishop' tells Biden to marry a man
Barry Duke
4

If God Wasn't Good, How Would You Know? Skeptical Theism Revisited
Jonathan MS Pearce
Get Patheos Newsletters
Get the latest from Patheos by signing up for our newsletters. Try our 3 most popular, or select from our huge collection of unique and thought-provoking newsletters.
From time to time you will also receive Special Offers from our partners that help us make this content free for you. You can opt out of these offers at any time.
see our full list of newsletters
Editor's picks See all columnists