Along with millions of other people, I love the Star Wars mythology. But I have always wondered why Obi-wan Kenobi let Darth Vader kill him in the first movie. Why did he decide to drop his light saber and sacrifice his life to Vader's death strike? After a bit of thought I realized that Obi-wan must have understood that he would be able to serve Luke Skywalker better by dying than he could by living. He knew that as a posthumous spirit, he would lead Luke in the struggle to become a Jedi and eventually induce Darth Vader to the Light side of the Force.

Indeed, Obi-wan's death move might be considered an act of sacrifice, according to the etymology of that word. A quick genealogy of the word "sacrifice" reveals that it literally means "to make or to do" (facere) something "holy or set apart" (sacer). When we offer a sacrifice, consequently, we set something apart and, thereby, make it holy. For example, in the context of Obi-wan Kenobi's sacrificial death, he not only sets himself apart for a purpose, but he also sets Luke apart for a purpose by providing assistance in making him into a Jedi knight who would later "save" Darth Vader.

Although all of the above may be good for the plot of Star Wars, I believe that it does not function as a proper way for comprehending what sacrifice entails within the Christian tradition. Typically, we relate sacrifice to death, and the story of Obi-wan's death reinforces that traditional viewpoint. This focus on death, rather than on life, finds support in the philosophical tradition as well. For example, renowned philosopher Martin Heidegger actually describes the human condition by saying that we are all "beings-toward-death." From the moment of birth, our existence speeds toward non-existence; our death constantly looms in the foreground. And for many theologians and biblical scholars, from the moment of Jesus' birth he headed resolutely toward his death as if that were the sole purpose for his advent. Moreover, the Christian tradition historically has constructed doctrines that emphasize the salvific efficacy of that death through the violent shedding of his blood.

If we take 18th-century theologian Jonathan Edwards as an example, Jesus' blood-letting death appeased, to the point of forgiveness, a deity outrageously enraged by the human condition. We cannot be too hard on the Reformed Reverend, however, because much of the theological bent toward the importance of death for ameliorating the anger of a demanding deity may be the result of (erroneously!) interpreting the Hebrew sacrificial system in a manner that places greater importance on death than on life. Contrary to traditional thought, I believe that the sacrifices carried out by the ancient Hebrews instead pointed to a sacrificial life.

We first see the importance of sacrifice in the Hebrew scriptures in which the shedding of blood made an offering acceptable to God. Leviticus 17:11 points to the meaning of blood as the life force, stating that "the life of the flesh is in the blood …" That means the flesh lives only because the blood gives it life. No blood, no life. The remainder of the verse says that God has given the blood to the Hebrew people to make atonement for their souls on the altar of the Tabernacle; "for it is the blood by reason of the life that makes atonement." Blood, therefore, is connected with atonement as the symbol for life.

In the Hebrew sacrificial system, we see that the blood of animals somehow atoned for sin or, in other words, it gave the people new life. In fact, whenever we see the word "atonement" or "atone" in the Bible, it most often comes from an interpretation of the Hebrew word kippur, which carries with it a deeply significant meaning that gets lost in translation. Kippur means "to wipe away," "to cleanse," or "to purify," or "to cover." Consequently, the sacrifice was effective because the blood, as the life force, cleansed and purified the people.

Interestingly, the Hebrew word translated "sprinkle" in the Levitical passages also has roots connected to the concept of forgiveness. So, we have profound symbolism at work here. As the priests sprinkled themselves, the people, and the altar with blood they were given new life through forgiveness; God's forgiveness cleansed and purified them. The blood served as an outward symbol of an inward reality — the life of the worshiper forgiven by God and given to God — set apart (made holy) for God's purposes.

I argue, therefore, that rather than serving as a way to satisfy God, these sacrifices brought the worshiper closer to God in a relationship of partnership; the new life symbolized by the blood did not work to pacify, but to partner. In fact, 16th-century theologian William Tyndale actually first used the word "atonement" in his translation of the Bible into English, intending the term to indicate "at-one-ment," meaning the sacrifice of Jesus made us "at one" with God. This said, can we apply this symbolism of blood and at-one-ment to the sacrifice of Jesus? Does the blood of Jesus signify his sacrificial death or does it point to his sacrificial life? 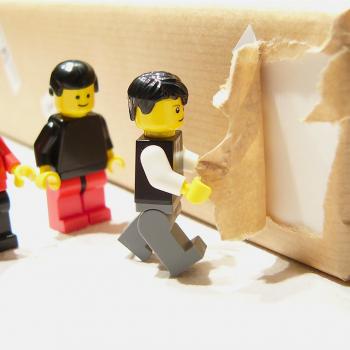 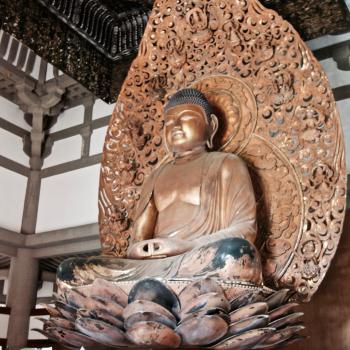 When to Put Up or Shut Up: A Mindful Perspective
Scott R. Stahlecker
3 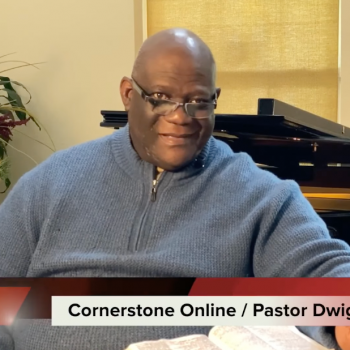 The Swearing Christian
Frank Viola
Get Patheos Newsletters
Get the latest from Patheos by signing up for our newsletters. Try our 3 most popular, or select from our huge collection of unique and thought-provoking newsletters.
From time to time you will also receive Special Offers from our partners that help us make this content free for you. You can opt out of these offers at any time.
see our full list of newsletters
Editor's picks See all columnists