Born Again Muslim: The Rite of Passage Not Talked About

As an interfaith activist, and as a person with many faithful Christian friends, I've always heard the term "born again" in a decidedly Christian context. From the televangelists marketing their wares to the youth leader at my friend's church, thousands seem to discover the love of Christ every day and proudly acclaim their faith. But there isn't a similar term for Muslims that I've heard of. Once a Muslim, always a Muslim, for better or worse. Never born again, never passionate about one's faith unless one is a convert.

Or so it seemed to me.

But sometimes we need those specific terms, even if we have to borrow them from another religion, just because they fit so perfectly. One evening not long ago as I was sitting among friends in an interfaith setting, discussing how faith fits into our lives, someone asked me if I had always been Muslim. I wanted to say yes, because I had. Yet I also wanted to say no, because I really hadn't always been Muslim.

Today I wear the label of Islam proudly, happily, and passionately, like my born-again Christian friends. So I suppose I am a born-again Muslim — someone born Muslim, but who came to believe in the shahada and Islam later in life. Here's my story:

I grew up in Pakistan, a Muslim-majority country — so Muslim, in fact, that they seem to hate members of other religions; but that's another discussion. What Americans don't know is that a large number of Pakistanis are not really practicing Muslims. I grew up with kids whose parents partied and drank alcohol, with girls who had boyfriends and even lovers when they entered college.

I grew up with men who lied and cheated and stole, with women who wore a burqa on the streets and had sex with strangers at night. That's not to say there aren't observant Muslims in Pakistan. Yes, there are those too, many of them. But there is a wider spectrum of observance than anyone can imagine. They all called themselves followers of Islam on their passports and birth certificates. But as we all know, Muslim and Muslim are two different things altogether.

My story involves both the true Muslims and the fake Muslims, for lack of a better term. I grew up in a house where Muslim was just a word without meaning, without feeling. Nobody taught me about the Prophet Muhammad (saw), nobody told me to offer my prayers or to fast in Ramadan. Everything was easy and fun-loving.

My parents and extended family were good people — kind, honest, and generous to a fault. But they were not really Muslim. In those days, being overtly religious was for poor people, and perhaps it still is. You prayed when you were sick or dying, or when you really needed something you couldn't afford. I followed in their footsteps, not caring about religious things, learning the Quran and Islamic history because of exams in school, and nothing else.

In college I strayed even further away, in ways I can't write here because the internet can be a savage place where no fault is hidden.

You can probably guess where this story is headed. Like Paul in the Bible, I experienced someone who changed me forever, that killed one part of me so that another, better part would be given life. I would have been lost forever had it not been for one person in my life who became instrumental in my "conversion" — my grandmother, who was an extremely religious person and full of faith and love.

We all need someone to guide us and shelter us. Watching her praying, reciting the Quran, and reading religious books, made me want to shelter under her umbrella. As I entered university and life got the better of me, as people I had counted on to love me left me, as the earth shifted and I found solace in prayer, I also found my faith. My faith, not my parents' faith, not even really my grandmother's. I devoured books, spent nights in Tahajjud prayer, and cried gallons of tears for something better, something more meaningful.

Slowly I was born again.

My parents, of course, couldn't have been more horrified. As I entered the last year of my bachelor's program and started covering myself with a chador, my father harshly informed me that he had wasted his money on educating me, and my mother called me a fanatic. Now I look back at those reactions and what were probably the most painful experiences of my life and understand my parents in a way that hadn't been possible then. 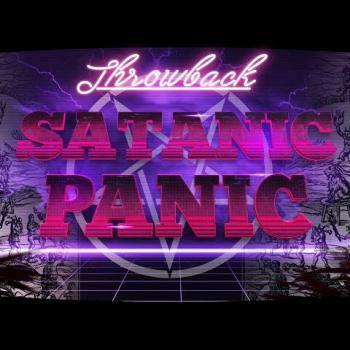 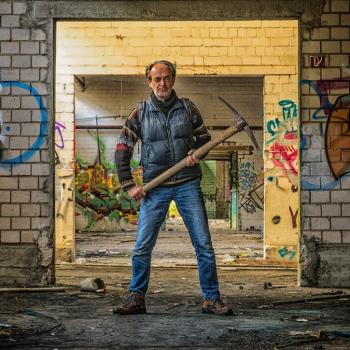 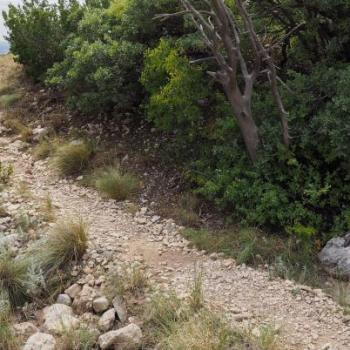 When the Teacher is Ready the Students Will Appear
John Beckett
Get Patheos Newsletters
Get the latest from Patheos by signing up for our newsletters. Try our 3 most popular, or select from our huge collection of unique and thought-provoking newsletters.
From time to time you will also receive Special Offers from our partners that help us make this content free for you. You can opt out of these offers at any time.
see our full list of newsletters
Editor's picks See all columnists