We say little girls are precious. Yet, truth is, even well into the 21st century, women are still treated as second-class citizens, oppressed and overlooked by a world of determined male dominance. Oh, we still recite to our children and each other the words of Genesis 1:27, "God created humankind in God's image, in the image of God they were created; male and female God created them." But then we turn right around and use the exclusive pronoun "He" when referring to God, when clearly "She" too is created in the image of God. Why do we do this? What do you think has been the collective collateral damage for thousands and millions of women by excluding them from their rightful place as equals in the eyes of God?

The topic itself on which I have been invited to write about for Patheos, "Wanted: Women in Religious Leadership" is ludicrous. Think about it. I'm serious. Why are we having, in the 21st century, a conversation whereby over half of the population on the planet is routinely "silenced" or excluded from leadership roles in religious communities because of their sex, their biological makeup? This is crazy! Are men that afraid of women that they "bar the doors—or the pulpit" from the very individuals who made their life possible in the first place? What's really going on here?

Most, including myself, grew up in a culture hemmed in by patriarchal traditions and an oppressive religious culture where God (think "Deity," "Creator, et. al.") is male, and women are to "be submissive to their husbands." As an adult, I became aware that in the major traditions—Judaism, Islam, and Christianity—when a child attends a worship service, a class, sings a hymn, hears a creed, or recites sacred text, by the time she or he is three years old, it's already too late—she or he will have to unlearn that God is male.

Now I ask you the following: Why wound our little girls with language that subjugates them under a male-dominant faith? Why not teach all our children about a gender-inclusive God? After all, it is clearly written in Genesis 1:27. Why should a little girl ever have to experience being less human, less significant, than a little boy simply because in every experience in her tradition, the fundamental claim of the text is ignored, passed over.

Make no mistake: in a world where God is male, male children are groomed to believe that they are better fitted to deal with important issues and to make ultimate decisions about life—all of life—because they are created in the image of God and little girls are not! And, as a result of this distorted grooming, men think they have the right and the authority to regulate women's leadership as ordained members of a religious faith. Is this working for you? Really?

I now believe that after thousands of years of male domination and the use of exclusive male pronouns in religious language, it is little surprise that the political system in the United States can succeed in a brutal crackdown on women's health and reproductive freedoms, women's economic status, and the disenfranchisement of women's right to vote.

What world might there be for my granddaughters if God-language was inclusive? What world might we be living in, might our granddaughters be living in, if God were, for a time, referred to as She—"She" as a way of swinging the pendulum back, far to the opposite side in order to bring into awareness the oppressive and destructive "male" God language and its inherent message to half of all of humanity.

Joan Chittister, OSB, wrote in the Shriver Report, "But even as far as we've come, women are still one class of people who are set apart, separated, and given less value and worth by multiple religious traditions. Religion has defined women by their maternity—just one dimension of a woman's multifaceted humanity. Religion has defined women as 'helpmates,' as too irrational to lead, too intellectually limited for the public dimensions of life. Though they are endowed with the same degree of sense, reason, and intellect as men, women have been locked out of full humanity and full participation in religious institutions and society at large. This marginalization of women masquerades as 'protecting' them and even 'exalting' them. Instead, these attitudes serve to deny the human race the fullness of female gifts and a female perspective on life."

But, back to the question at hand, "Wanted: Women in religious leadership?" As women continue to awaken to their God-given image as one, also created in the image of God, there will be no barrier too broad to prevent their equal-footing presence. We must take this seriously, that if the patriarchy insists on excluding women from ordination and leadership roles in religious communities the pews will soon be filled with men alone. And, then it won't be long before those same pews will soon be empty. 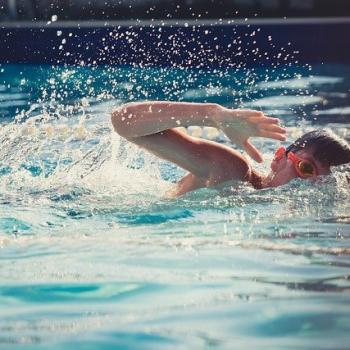 Purity, Victim-Blaming and Martyrs: What If We Told the Truth?
Mary Pezzulo
2

Farewell, for Now, to a Friend
Dan Peterson
3

The Great Drying, or How Climate Drives Religious Revolutions
Philip Jenkins
Get Patheos Newsletters
Get the latest from Patheos by signing up for our newsletters. Try our 3 most popular, or select from our huge collection of unique and thought-provoking newsletters.
From time to time you will also receive Special Offers from our partners that help us make this content free for you. You can opt out of these offers at any time.
see our full list of newsletters
Editor's picks See all columnists