Every Time A Bell Rings…

Several years ago, my husband and I went on a trip to London, England with our son. He had enrolled at University of Manchester, so we took the opportunity to do “tourist things” with him before school began. While roaming the city, we heard the bell of Elizabeth Tower (a.k.a “Big Ben”) ring the hour. The sonorous tone sent tingles down my spine. Why? In my experience, bells have a spiritual power of their own which resonate within us.

Archeological studies have shown bells made of pottery originated in Stone Age China between 3000-2001 B.C.E. These transitioned to metal clapper-bells, evidence of which has been found in the majority of Bronze-age grave sites throughout the country. Bells were also being used as ornamentation for horse gear and chariots, dog collars, bed curtains, for religious purpose, etc.

Over time, the use of bells spread from China, adopted by other cultures both Eastern and Western. According to the Bible, the Hebrew High Priest wore tiny bells on the hem of his robe. Greek soldiers used handbells within their camps and patrols. In Roman society, bells were used in homes as decor, to announce bathing hours, and around the necks of livestock. Eventually, in Western Europe most churches and/or towns had a bell.

Bells have long been used in music and dancing, as an alert or warning, chimed in times of celebration, and to garner attention for announcements. Bells also became common symbols used in poems, literature, folklore and other forms of art.

Bells come in many shapes and sizes, some of which include:

Cow Bell – Original use should be obvious. Popular in “hillbilly” music and as noise makers at sporting events.

Hand Bell –These have a metal cup with a leather handle and come in a variety of sizes, which alters the tone.

Chime Bell – Bells strung together and struck by beaters to create sound or by the hanging bells jangling together.

Sleigh Bell – Created by shaping a piece of metal into a circle with a small ball inside used to create the tone as it moves.

While bells have multiple mundane uses, they have also maintained their spiritual essence or aspect. Bells can be soft or loud. Lyrical or crashing. The ringing of a bell can be used to raise the vibrational energy of a room, evoke a deity or spirit being, signal the beginning of a ritual.

Bells draw good luck and blessed fortune, especially at a new beginning. And bells have been used to ward off demons or other unwanted spirits for thousands of years. In folklore, “Witch Bells” protect the home when placed upon the entryway or hung from the doorhandle. They can also be used in spellcraft for “opening and/or closing” of doors (in the metaphorical sense).

In some Pagan traditions, or other religous belief systems, the ringing of a bell symbolizes the creative force, draws positive energy to the practitioner or helps clear one’s thoughts (such as through use of a standing bell (singing bowl).

When Christmas became one of the major Winter holidays, the ringing of the Church bell became part of the holiday celebration. This has translated to bell choirs and songs featuring bells. And for fans of It’s a Wonderful Life, bells are synonymous with angel wings.

Bells have been part of Winter Solstice for a long time as well. They were used to herald the coming of warmer days and welcome the return of the Sun. A practice which I keep when lighting the candles of our Yule Log through the holiday season.

I’ve heard it said that bells are no long widely used in modern practice among Wiccans, Witches and Pagans. If this is true, I believe we could be missing a piece to our spiritual heritage long ago embraced by our ancestors. A deep connection certainly vibrated within me when the bell of Elizabeth Tower tolled –to the earth and the elements. And the sweet tones of a wind chime always soothes my soul, drawing me to peaceful thoughts or meditation.

I don’t know, but if you have not checked out the possiblity of incorporating a bell (or bells) into your spiritual practice or witchcraft, then I suggest you give it a try. If nothing else, “Ring in the New Year” with the jingle of a small bell. You may just draw good fortune for the coming year. 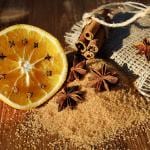 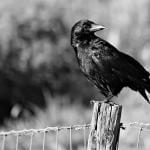 December 6, 2019 Review: The Morrigan - Celtic Goddess of Magick and Might
Recent Comments
4 Comments | Leave a Comment
Browse Our Archives
get the latest from
3 Pagans and a Cat
Sign up for our newsletter
POPULAR AT PATHEOS Pagan
1

When Grief Comes 'Round on Cat...
A Modern Traditional Witch
Related posts from 3 Pagans and a Cat