Solitary Self-Initiation or Dedication. Does It Matter?

Solitary Self-Initiation or Dedication. Does It Matter? June 30, 2020 Gwyn

Car, Ode, and I had a lively discussion in our latest episode of 3 Pagans and a Cat regarding initiation. This includes self-initiation as a Solitary Witch or Pagan practitioner. Now, if a person wants to join a coven or group within a specific tradition or religious practice, then having the means to bring people together under oaths and rituals makes sense. But does the same apply for those with a solitary practice or spiritual path?

In my experience, it can be very helpful to perform a self-initiation when one is a solitary witch or practitioner. Doing so can assist in feeling part of larger witchcraft or pagan communities who hold a similar belief, worship the same deity, practice similar witchcraft. But is it necessary or required? No, just beneficial for those who care to go that route for open traditions or self-created paths.

Initiation Into A Closed Group or Tradition

Generally speaking, a solitary should not self-initiate into a “closed” tradition within witchcraft and paganism (or any other closed religion). Examples include Gardnerian or Alexandrian Wicca, Ordo Templi Orientis, Feri Tradition, the Cabot-Kent Hermetic Temple, various African Traditional Religions, etc.

For instance, I did not just start calling myself a Devotee of the Covenant of Hekate. I asked to become part of that group by applying and going through their rites of initiation. Joining such a coven or group requires seeking them out, receiving an invitation and instruction, going through a process of joining.

A person should not skip over or ignore the necessary steps required to belong to a closed group because they want to be part or feel called to it. Honestly, that’s just rude. Take the necessary steps. Initiation into these traditions is required for a reason and that needs to be respected.

Self-Initiating Into An Open Tradition

However, there are less defined paths such as Eclectic, Intuitive, Green, Hedge, Kitchen, etc., where there is room for flexibility. And yes, I’m aware that many argue these paths I’ve mentioned are not “traditions.”

Perhaps not in the conventional sense of modern witchcraft or paganism. Even so, there are beliefs within these paths that correspond or define them as separate from other paths for the Witch or practitioner. Descriptors that offer a sense of identity to those who claim it.

In my view, aligning with any of these paths through self-initiation (or dedication if that’s preferable) in itself creates an “open tradition.” Leaving room for both solitaries to practice and even covens or groups to form.

The point is, self-initiation is possible for those seeking to follow these open traditions. Sure, individual groups or covens will have private initiation practices but not the tradition as a whole. Therein lies the freedom of greater accessibility for a lot of Witches and Pagans.

Some Online Covens Offer Something New

As online meetings are creating new avenues, it is possible to be part of some traditions through a coven and/or self-initiation. Modern Hekataen Witchcraft, and its founder Cyndi Brannen, offer these possibilities.

I see this as a great advancement for those who wish to be part of a particular tradition but may not have access other than online or through reading a book instructing on how to practice that path. By participating in an online ritual and/or having the freedom to practice solitary ritual (while being a self-initiated part of the tradition) allows greater growth for Modern Hekataen Witchcraft and it’s practitioners. It’s a 21st-century strategy that works.

Perhaps it’s time to think outside the box when it comes to traditions, initiations, and self-initiation. Perhaps it’s time for some of the older mystery traditions to embrace new ways of initiating seekers into their fold. Regardless, self-initiation for the solitary Witch, Wiccan, Druid, Heathen, et al., remains a valuable choice and can be a gratifying way to celebrate moving forward on one’s spiritual or magickal journey.

Listen to the episode shared below for further information on initiations from the perspective of three solitary practitioners:

AvidReaderLady · 3 Pagans and a Cat 099: Initiations 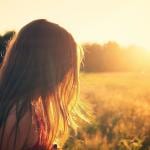 July 3, 2020 Green Earth Witch: Honoring Earth Mother In Nature-Based Witchcraft
Recent Comments
0 | Leave a Comment
Browse Our Archives
get the latest from
3 Pagans and a Cat
Sign up for our newsletter
POPULAR AT PATHEOS Pagan
1

Are Humans the Children of the...
John Beckett
Related posts from 3 Pagans and a Cat