Christmas Dinners at the White House with Chef John Moeller

“Ask not what you can do for your country. Ask what’s for lunch.” ~Orson Welles

Affirmation: I feed my body healthy nourishing food and give it empowering exercise.

How did someone born and raised in the conservative, salt-of-the-earth area of Lancaster, Pennsylvania become one of the most recognize chefs in the world? His answer on the Kathleen O’Keefe-Kanavos Radio show  may surprise you. What becomes obvious during the interview is Chef to the White House John Moeller is a very humble man despite his culinary star power, and he loves to laugh.

Chef John Moeller knows many White House secrets such as Chelsea Clinton’s favorite meal,  because he was the White House Chef during her father’s presidency, and Chef John shared some secrets with listeners on the Katheen O’Keefe-Kanavos Radio Show.

You might be pleasantly surprised to find Chelsey’s taste in favorite foods are much the same as the rest of America’s children, and that she was extremely polite.

The biggest challenge Chef John had preparing her favorite food was KISS- Keeping It Simple, Silly. He knows all the eating secrets and food favorites of four of America’s First Families and on this radio show he shares them with you for a special insight into the White House during the Holiday season.

Chef John Moeller is a member of an elite corps of chefs, those who have served in the White House  preparing très soigné cuisine for Presidents, First Families, and their guests, including visiting Heads of State.

The expression “Très Soigné” is a staple in the French kitchen, or in any professional kitchen for that matter. Even Marcel Vigneron, runner-up of the second season of Top Chef, which aired 2006–2007, tossed it around on the second series of Top Chef.

“Très Soigné” translated means “very neat”. However, it normally sets off the alarm that the President is coming in, or the beautiful Queen of Sweden has just arrived with her entourage.

It also probably translates to the other chefs in the White House kitchen as, “If that plate you’re hunched over and trying to finish is not absolutely perfect, you’re in big trouble.” After the order “Très soigné!” is called out the correct response is “Oui Monsieur!” to acknowledge the command.

The amazing thing about the command, “très soignè“, is that it really isn’t necessary. Everything Chef John Moeller makes is très soigné because he loves his job. His life is cooking. His passion is food preparation. So, every pate is pristine as every plate is watched over by Chef John and three executive chefs before the servers carry them away on silver plated trays.

Nonetheless, this command sends everyone in the kitchen into a heightened state of awareness because, no one wants to be the person who messed up an important White House dinner.

As a sous chef John Moeller was second in command of the kitchen, the culinary chef located just below the executive or head chef in a kitchen’s chain of command; therefore, even as the sous chef he had a vital role in the White House kitchen.

Over the course of his career in the White House, he focused on creating unique and one-of-a-kind dishes that relied on fresh and flavorful ingredients.

So where did this amazing story begin? At the bottom of the long ladder while gazing up to the sky.

After working in several restaurants in the New England area, in 1984, John took a trip to France which became a two and a half year journey of discovery. He worked his way across the region studying the fundamentals of French cuisine under some of the finest French chefs, including Chef M. Poinsot of Chez Camille and Michelin Star-awarded Chef Bernard Loiseau. His time in France also included a brief stint working in the Domaine Michelot vineyards for one of France’s most popular winemakers.

From France, John traveled to St. Croix in the U.S. Virgin Islands, where he experimented with Caribbean flavors and ingredients to complement his mastery of classical French cooking.

His next move was to Washington, D.C., in 1987, and a chance meeting led to a once-in-a-lifetime opportunity. Many of the French-trained chefs working in the nation’s capital got together regularly for networking events, much like professionals still do today at coffee shops around the country.

At one of these occasions at the Mayflower Hotel, he met Chef Pierre Chambrin of Maison Blanche.

When Chambrin later become a White House Executive Chef for the Bush Administration, he hired John Moeller as his sous chef. After President Clinton took office, Chef Walter Scheib took over as Executive Chef and retained Chef Moeller in the sous chef position. After Walter Scheib departed, Chef John Moeller moved to acting White House Chef during President George W. Bush’s second term. He served in the White House from September of 1992 until 2005—one of the longest tenured chefs across three presidential terms.

So, I asked Chef John how the Clinton and Bush celebrations differed during the holidays.

He said the main difference was the Clintons liked to spend Christmas in the White House while the Bushes preferred to holiday at Camp David. He went on to detail these differences even more during the interview.

During his tenure, he not only created and prepared meals for the First Families, he also prepared special meals for world leaders like Tony Blair and Nelson Mandela, for famous guests like Julia Child and Sophia Loren, and for holiday parties and trips to Camp David.

Throughout his career, John has developed his signature style of cuisine, based on innovative menus that take advantage of fresh seasonal produce created as first class presentations of the finished dishes.

“One of my greatest satisfactions as a chef is presenting a first class meal and seeing the enjoyment that it brings to the diners and the goodwill and friendship that it promotes.” —John Moeller

Chef Moeller has detailed his journey and White House experience in a new book, Dining at the White House—From the President’s Table to Yours— published September 2013. He is currently conducting a book tour and runs State of Affairs Catering in his hometown of Lancaster.

ABOUT THE AUTHOR: Kathleen (Kat) O’Keefe-Kanavos believes your dreams can diagnose your life. Kat is a TV Producer/Host and Author/Lecturer of the award winning, International bestseller, Surviving Cancerland: Intuitive Aspects of Healing which promotes patient advocacy and connecting with inner guidance for success in health, wealth, and relationships. Learn more @ www.AccessYourInnerGuide.com

(All pictures and quotes were used with permission from the guest or are owned by the author.)

December 9, 2015
The Seven Cups of Consciousness and Your Higher Realms
Next Post

December 16, 2015 Dr. Dolores Fazzino and Siobhán Wilcox Talk Magic, Alchemy and Empowerment
Recent Comments
0 | Leave a Comment
"I love the organic route."
FranceFast Organic Shampoo-Clean & Green!
"Love is fuel to the soul but at the same time, it can be tricky."
Ohioren Endurance Aigbokhaevbo Love at My Age! Are You ..."
"This is lovely. Love can find you at any age. You just need to open ..."
November Okoro Love at My Age! Are You ..."
""Yeah, I was that desperate."Why do you find this to be a desperate move?There are ..."
Raven Belote Visitation: Dream or Reality?
Browse Our Archives
get the latest from
Above and Beyond the 5 Senses
Sign up for our newsletter
POPULAR AT PATHEOS New Visions
1

New Visions
VLOG-Are You Worthy: A Doctor’s Search for God-...
Above and Beyond the 5 Senses 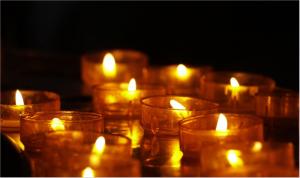 New Visions
COVID: Call Me Worthy of Shelter
Above and Beyond the 5 Senses 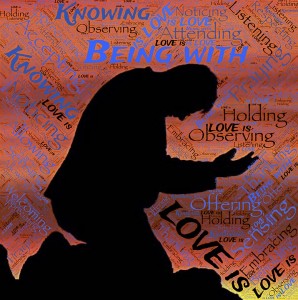 New Visions
Never Alone: Deepak Chopra and Suicide Prevention
Above and Beyond the 5 Senses
TRENDING AT PATHEOS New Visions