On Becoming & Unbecoming a Cynic

I’m tired of cynicism. Now, to be clear, I am not speaking specifically of the Cynical philosophy of Antisthenes and certain ancient Greeks. I am talking about the modern cynicism which believes people and institutions are generally selfish and dishonest. To borrow from Flannery O’Connor’s insight about nihilism, cynicism is the air we breathe. It is everywhere. Looking back, as a young man I had an unshakeable idealism. I believed that our leaders were honest, our country was upright, our families were inviolable and our friendships were true. Virtues were real, honorable and worthy of our aspiration. Vices were real, nefarious and deserving of our disdain. Good was good and evil was evil. There was no middle ground much less obfuscating about whether good or evil exist. Ah yes, there was something romantic and simpler about those days.

But then, I grew up. I listened to my schoolteachers tell “the dark side of history”. I started to see leaders say one thing and then do another. My country made this mistake or that. My parents divorced and certain friendships fizzled. Before long, I was watching the “can’t miss” news shows, subscribing to too many “smart” magazines and gathering with like-minded, newly disillusioned friends to lament what was wrong with the world. With eyebrows cocked, brows furrowed, smirk at the ready… I had become a cynic.

To be honest, I quietly relished this cynicism. Why? Because it gave me a smug sense of righteous indignation. All of the ideals I was aspiring to in my life, my family, my leaders and my country were being dashed. A sense of fairness was being violated. An entitlement was undelivered. In time, I would watch the shows, read the essays and talk with the people who reinforced my preconceived notions and biases. And, needless to say, the cynicism would only compound itself. More negativity. More frustration. More disillusionment.

And so, I turned it off. After a particular issue that I had gotten quite wrapped up in went sour, I simply turned it off. I stepped away. I realized that I was getting too engrossed in these matters for my own good. Shows were missed. Subscriptions were cancelled. Conversations were avoided. And before long, I began to feel better. And I started to look at the world anew.

To avoid cynicism – the air we breathe – requires work. Hard work. Because it is fashionable to be a cynic. It is trendy. Naysayers always seem hip because they invariably shock the senses by saying something snarky at the least or downright hurtful at the most. To be an idealist is to be naive and foolish, but to be a cynic…well, that is to be wise and seasoned. Pick any established institution (the Church, government, family, to name a few) and criticize it with wry wit and you will instantly find yourself with a following. Champion the same institutions and you will quickly be reviled as a dupe or automaton. After all, cynicism, we are led to believe, is little more than intelligently being a realist. However, having been a cynic, I would beg to differ. Being cynical isn’t being realistic…it’s being cynical.

Let’s take a look at history. There are innumerable examples of lofty speeches in American history given by august figures in trying times. In 1776, Thomas Jefferson penned the Declaration of Independence in which he declared,

“We hold these truths to be self-evident, that all men are created equal, that they are endowed by their Creator with certain unalienable Rights, that among these are Life, Liberty and the pursuit of Happiness. That to secure these rights, Governments are instituted among Men, deriving their just powers from the consent of the governed, That whenever any Form of Government becomes destructive of these ends, it is the Right of the People to alter or to abolish it, and to institute new Government, laying its foundation on such principles and organizing its powers in such form, as to them shall seem most likely to effect their Safety and Happiness. Prudence, indeed, will dictate that Governments long established should not be changed for light and transient causes; and accordingly all experience hath shewn, that mankind are more disposed to suffer, while evils are sufferable, than to right themselves by abolishing the forms to which they are accustomed. But when a long train of abuses and usurpations, pursuing invariably the same Object evinces a design to reduce them under absolute Despotism, it is their right, it is their duty, to throw off such Government, and to provide new Guards for their future security.”

In 1865, Abraham Lincoln offered this sober and brief Second Inaugural speech near the end of a brutal Civil War,

“With malice toward none, with charity for all, with firmness in the right as God gives us to see the right, let us strive on to finish the work we are in, to bind up the nation’s wounds, to care for him who shall have borne the battle and for his widow and his orphan, to do all which may achieve and cherish a just and lasting peace among ourselves and with all nations.”

In 1940, Franklin Roosevelt witnessed the ravaging of Europe and the bombardment of Great Britain from across the Atlantic Ocean and offered these thoughts in one of his fireside chats,

“We must be the great arsenal of democracy. For us this is an emergency as serious as war itself. We must apply ourselves to our task with the same resolution, the same sense of urgency, the same spirit of patriotism and sacrifice, as we would show were we at war…We have no excuse for defeatism. We have every good reason for hope-hope for peace, hope for the defense of our civilization and for the building of a better civilization in the future.”

Weren’t these men politicians? Weren’t they operators and manipulators? Didn’t they all have skeletons in their closets – Jefferson’s Sally Hemings, Lincoln’s two-faced campaigning, Roosevelt’s Lucy Mercer? And did they really believe this rhetoric they were proffering? These are the questions raised by and insisted upon by the cynics.

Now, I am not saying that one should ignore some of the darker elements of history. But for a complete picture, we shouldn’t ignore the lighter elements either. This is the problem with cynics. Their arrogance and narcissism is all about knocking people or institutions off of pedestals without giving the credit for the heroic words or deeds that are equally or more important than their flaws. As a former cynic, I have a newsflash for cynics: We are all flawed. To a newspaper inquiry asking famous authors, “What’s wrong with the world today?”, G.K. Chesterton briefly responded,

It is a tiresome fad to point out the flaws of everyone and everything as cynics are pleased to do. It is granted. But what isn’t granted, is the virtue and heroism that is abounding if we are only honest with ourselves and the figures and institutions before us (for more on this please see my previous piece, The Tiresome Fad of Giant-Killing). You see, the cynic can tell me all that is wrong with Jefferson or Lincoln or Roosevelt. And I can nod. Then I can tell the cynic that the words of Jefferson helped found a nation, the sentiments of Lincoln helped to heal a union, and the resolve of Roosevelt helped to topple a tyranny. A continuous thread of hope linked our nation under Jefferson to that under Lincoln to that under Roosevelt. It was a hope that inspired people to do great and heroic things. And while these men offered hope and other men felt called to respond, the cynics made their smug objections known.

Do you remember their names?

Cynics don’t have their eyes wide open. Their eyes are narrowly fixed on the negative. I know because I’ve been there. And I found it not only dark and depressing, but dishonest as well. The fuller view takes into consideration the virtue in the story, just as much as the vice. It recognizes the dignity championed by Jefferson, the charity offered by Lincoln and the courage modeled by Roosevelt.

Perhaps it was J.R.R. Tolkien’s brief dialogue between Sam and Frodo during a particularly harrowing experience in The Two Towers that best illustrates why we are called to something better than cynicism.

Sam: I know. It’s all wrong. By rights we shouldn’t even be here. But we are. It’s like in the great stories, Mr. Frodo. The ones that really mattered. Full of darkness and danger, they were. And sometimes you didn’t want to know the end. Because how could the end be happy? How could the world go back to the way it was when so much bad had happened? But in the end, it’s only a passing thing, this shadow. Even darkness must pass. A new day will come. And when the sun shines it will shine out the clearer. Those were the stories that stayed with you. That meant something, even if you were too small to understand why. But I think, Mr. Frodo, I do understand. I know now. Folk in those stories had lots of chances of turning back, only they didn’t. They kept going. Because they were holding on to something.

Frodo: What are we holding onto, Sam?

Sam: That there’s some good in this world, Mr. Frodo… and it’s worth fighting for. 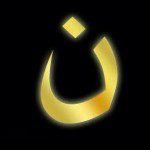