If you haven’t heard the name ISIS (also known as Islamic State of Iraq and Syria or the Islamic State of Iraq and the Levant, ISIL and recently renamed, the Islamic State), then welcome back from the planet Mars. The marauding Islamic jihadist blitzkrieg killing its way across Iraq has made itself known largely for its brazen violence and its ruthless intolerance of anything that approaches apostasy. And who is deemed an apostate? Any non-Sunni who disagrees with the draconian dictates of leader Abu Bakr al-Baghdadi. Al-Baghdad, now known as the Caliph of the newly named Islamic State has decreed that “apostates” must convert, pay a sizable tax and leave, or die.

Given mere hours to accede to such demands, near pandemonium has ensued as businesses and homes are marked with the scarlet letter, “N” for Nazarene, serving as a pejorative Arabic word for Christians. Once a building is marked, the wrath will soon follow.

If you flee, you leave your home, your possessions, your community and your culture. What little you carry is soon stripped and looted from greedy militia men. You leave with your lives and the clothes on your back. But what if you can’t or don’t leave? What awaits you? Beheadings, amputations, gunshots and crucifixions. Unbending Sharia law including women and girls forced to undergo compulsory genital mutilation and to don
the most conservative of clothing. You know these are bad people when even Ayman al Zawahari, al Qaeda’s de facto leader, disavows them finding them too difficult too control.

Hundreds of thousands of people have been displaced. Large swaths of previously secured Iraqi land and resources have fallen. Cultural and religious treasures have been destroyed (such as Mosul’s shrine containing prophet Jonah’s tomb). The Iraqi Army is in disarray and the Iraqi Government has been shaken up.

The interest of ISIS (now the Islamic State) is to implement the fully reconstituted Islamic Caliphate in Iraq and Syria and spread its ideology beyond with the help of legions of fervent international followers answering the call for international Islamic supremacy. And it is growing. The ISIS conquered areas comprise 40% of Iraq and 30% of Syria as of July 19.

It is about as bad as it can get for Iraqis and especially, Iraqi Christians. And in the midst of this carnage, this religious/cultural extermination, a piercing voice emerges from the Auxiliary Bishop of Baghdad Shlemon Warduni when interviewed by Vatican radio,

“We have to ask the world: Why are you silent? Why do not you speak out? Do human rights exist or not? And if they exist, where are they? There are many, many cases that should arouse the conscience of the whole world: Where is Europe? Where is America?”

The United States Conference of Catholic Bishops had this to say in a letter to National Security Advisor Susan Rice,

“Last Sunday, Pope Francis asked for prayers ‘for the dear Iraqi nation, especially for the victims and for those who most suffer the consequences of the growing violence, in particular the many persons, among whom are so many Christians, who have had to leave their homes.’ The urgent situation in Iraq demands both our prayers and action. U.S. humanitarian assistance for the victims of the conflict is critical. In addition, our nation must take diplomatic measures. Our nation bears a special responsibility toward the people of Iraq.”

“Thousands of innocents will be affected in unimaginable ways, not the least of which are vulnerable religious minorities which for centuries have inhabited these lands. Consider Iraq’s ancient Christian community, which has been decimated in recent years. Those who have remained in the country have largely fled to Mosul and the Nineveh Plain. To people of faith, Nineveh is familiar name: the site of a dramatic spiritual revival as told in the biblical book of Jonah.

[Nina Shea of the Hudson INstitute’s Center for Religious Freedom] lamented: ‘In other words, the religious cleansing of Christians from Iraq is entering the end game.’”

And the President? What did President Obama have to say?

“It is absolutely critical that we start focusing on this now. The situation, as bad as it is, could deteriorate further. This is something that is of interest, I think, to all of us, not just for humanitarian reasons, although when you read the accounts of women being raped…, when you read just horrendous accounts of entire villages being decimated and children being murdered, that it just breaks your heart, and humanitarian concerns should be sufficient, but we also have a strong national security interest. If you start seeing more and more failed states, more and more displaced persons, more and more refugees, all of that becomes a breeding ground for terrorist activity, it becomes a breeding ground for disease, and it creates refugees that put pressure on our own borders. In an inner-connected world we can’t insulate ourselves from these tragedies. So, we’re going to, over time, have to develop some strategy as the world’s remaining super-power to address these issues… We’ve already failed one test in Rwanda, we shouldn’t fail another.”

No, forgive me, that was Senator Barack Obama in 2006 on Darfur (edited to remove Darfur reference). How about,

“At this moment of reflection, we also remember that [this] was neither an accident nor unavoidable. It was a deliberate and systematic effort by human beings to destroy other human beings. The horrific events…compel us to resist our worst instincts, just as the courage of those who risked their lives to save others reminds us of our obligations to our fellow man. The genocide we remember today—and the world’s failure to respond more quickly—reminds us that we always have a choice. In the face of hatred, we must remember the humanity we share. In the face of cruelty, we must choose compassion. In the face of intolerance and suffering, we must never be indifferent.”

I’m sorry. That was President Obama three months ago on the twentieth anniversary of the Rwandan genocide (with references to Rwanda removed). Finally, how about this,

“We must tell our children. But more than that, we must teach them. Because remembrance without resolve is a hollow gesture. Awareness without action changes nothing. In this sense, ‘never again’ is a challenge to us all — to pause and to look within.

For the Holocaust may have reached its barbaric climax at Treblinka and Auschwitz and Belzec, but it started in the hearts of ordinary men and women. And we have seen it again — madness that can sweep through peoples, sweep through nations, embed itself. The killings in Cambodia, the killings in Rwanda, the killings in Bosnia, the killings in Darfur — they shock our conscience, but they are the awful extreme of a spectrum of ignorance and intolerance that we see every day; the bigotry that says another person is less than my equal, less than human. These are the seeds of hate that we cannot let take root in our heart…

We need to be doing everything we can to prevent and respond to these kinds of atrocities — because national sovereignty is never a license to slaughter your people.”

My mistake. That was the President’s 2012 speech at the U.S. Holocaust Museum. And in 2011, he issued Presidential Directive  which, according to the White House, was issued “to make sure that the U.S. has the neccesary structures and mechanisms in place to prevent and respond to mass atrocities” and established an “Atrocities Board”
of senior officials to govern and implement this directive.

Now this piece is not written to say that the situation in Iraq is easy to solve. It’s not. It is not to advocate for a full-scale re-invasion of the country. And it is not to pick on Barack Obama. The foreign policy conundrums of Russia, Israel-Palestine, Syria and the Mexican-American border are enough to make even the brightest heads spin.

But let’s return to the original point: Where is President Obama’s excerpt on the plight of the Iraqi Christians?

Or I have had a heck of a time finding it.

You see, for a man so gifted in oratory (see his 2004 DNC speech or the 2008 Iowa Caucus Victory speech), so interested in local injustices (consider Henry Louis Gates and Trayvon Martin), so attuned to the rights of women to employer-funded birth control/abortifacients, and so intent on smoothing over rough feelings (consider the “reset button” with Putin or the Cairo Speech), it is curious that he speaks of Iraq and its turmoil without clearly describing the blatant targeting of the Iraqi Christian community. I have read his comments and watched his press conferences. It. Just. Isn’t. There. And I don’t know why.

To truly understand a problem, it is important to articulate it. ISIS (aka the Islamic State) is one of the most ruthless movements on the world stage today. But to combat them with prayer, ideas and perhaps even might, it is important to know who they are and to speak very clearly about what they are doing.

To regain stripped dignity, we owe at least this one simple thing – the simple but irrefutable truth – to these victims. To the Jews, Rwandans, Darfurians and, yes, the Iraqi Christians. Yes, we are to never forget. Never. But first we must accept the truth that is worth remembering.

That’s not too much to ask.

August 1, 2014 On Hope and Bitter Tragedy
Recent Comments
0 | Leave a Comment
"Nice article. But true as it may have been then, it is today a little ..."
DWSWesVirginny The Conversion of Evelyn Waugh & ..."
"Thank you. I find this article a good one to keep in mind tha argument ..."
Lady Bird What Pope Benedict XVI & G.K. ..."
"Gotta wonder how much of his idealization of children would have survived if he had ..."
The Sanity Inspectorن​ All of Chesterton’s Children
"I have been reading "The Four Men" every year at this time, late October. This ..."
P. O'Brien Not Missing the Sacramental Journey: Hilaire ..."
Browse Our Archives
Related posts from A Catholic Thinker 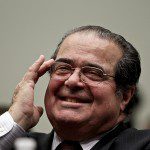 Catholic
On Aylan Kurdi: The Bell Is Tolling, The...
A Catholic Thinker

Catholic
The Pope, Conscience & the Clattering Train
A Catholic Thinker

Catholic
On Suffering, St. Bartholomew & the Murder of...
A Catholic Thinker
TRENDING AT PATHEOS Catholic