The choice is leave or take a bullet to the head; you have ten hours to get out or die; take nothing but the clothes on your back; oh, you need that glucose meter? Your blood pressure meds? That’s too bad.

The Christians interviewed here make me feel very proud, and very humbled. They are obviously hurting, obviously shocked and displaced, yet full of spirit. And who wouldn’t be a bit angry and undone in such a case? As the lady says, “what have the Christians done to you?”

And yet, when the ISIS thugs forced them from their homes, the Christians said, “Congratulations. You have the house.”

It’s such a Christian thing to say. It is a line imbued with the deep understanding that to take someone’s house may seem like a victory, but it is only a material victory; it is the retort of a spiritual subversive and what it is really saying is, you can take the house, the money, the car, the clothes, but you possess no part of my soul, which belongs to and is fed and sustained by Christ Jesus.

These people are in pain, and they are quoting the Lord Jesus, and calling on his name. Watch it all.

The man wonders at the organization and placement of ISIS, and also wonders what government entity is giving them the support such organization requires. That might be a question, indeed? There is a lot to wonder about, but I doubt we’ll ever know, not in any timely way.

This is an ironic information age where answers to questions are suppressed, or sneered at, or shrugged off or subjected to such wild spinning that we are all disoriented and flung about and that, I suspect, is the idea. Evil loves confusion and sows it in the spin.

Whoever and whatever is supporting the advance of ISIS is almost a moot point, though, because we’ve all seen this movie; we’ve seen what jackbooted forces in service to idols of totalitarian ideas do to humanity, and we’ve seen governments and media entities turn blind eyes to what they know is going on. In Baghdad, the bishop wonders, “why is the world silent?”. In that place Sunni and Shiite Muslims band with Kurds and Christians in brave and noble protest, to little notice. In Syria similar destruction is barely mentioned.

It is interesting to me that the government that should most identify with what these Christians are experiencing, and who have the structures in place to give humanitarian assistance and possibly sanctuary, (yes, that would be Israel) is currently distracted by the not-terribly threatening missiles of Hamas. The world is watching an unending loop of “yes, they have a right to defend themselves but they’re overdoing it” and in the distraction of dithering diplomatic reruns — in all of that sown confusion — the jackboot is permitted to make its destructive imprint, and since there is nothing to stop what follows, the headlines are all bound to get much worse.

Yesterday, Pascal-Emmanuel Gobry wrote a brutally honest, and horribly succinct assessment of what is coming around the corner:

The persecution of Christians happens under a great shroud of silence. Maybe, as John Allen has argued, persecuted Christians are too Christian for the Left to care, and too third-worldy for the Right to care (but, you know, there’s a War on Christmas on). And the worst thing for our governments would be to be seen in non-Christian lands as having any sort of special solidarity with Christians (yes, wouldn’t that be terrible), so better to err on the side of indifference. Right?

This blood is particularly on the hands of the American government, which has a special duty to help them and, I am sure, will do nothing of the sort. As my friend Koz writes [FR], the Christians of Iraq are already dead. We won’t do anything to stop it. No one will.

No one will. You know it; I know it; they know it. We are heading into holocaust, once again, and this time in a territory toward which all of human history has been slowly turning, for century upon century.

As Mark Movsesian writes, “a line has been crossed in the Middle East”; if what is being played out before our eyes are old tactics, this is a new line:

As recently as a decade ago, tens of thousands of Christians lived in Mosul, some of them descendents of victims of the genocide the Ottoman Empire perpetrated against Assyrians, as well as Armenians and Greeks, during World War I. After this weekend, virtually none remain. On Saturday, ISIS expelled the fifty-two Christian families still in the city, after first requiring them to leave behind all their valuables. For good measure, ISIS also burned an 1800-year-old church and the Catholic bishop’s residence, along with its library and manuscript collection.

What ISIS has done in Mosul is a worrying hint of Islamism’s possible future. For the moment, ISIS is unique among Islamist groups in advocating formal reinstatement of the dhimma. Although Islamists everywhere reject the idea of equality for Christians, they typically avoid calling for the dhimma, as they understand that most contemporary Muslims would reject the idea. Nothing succeeds like success, however. ISIS has now shown that it is possible to reestablish the dhimma at the center of the Muslim world. Other Islamist groups will take notice.

Here is the truth: what has been put in motion, is unlikely to be stopped, because no government with any sense of agency — except the tiny Papal state of Vatican City, and small Kurdistan — seems to want it stopped. The Persecution of Christians in the Near and Middle East will continue forward, and this poison will spread, and you and I are going to astounded at how quickly, and how far.

And if you think it won’t happen in America, well, we’re already heading toward a repeat of “Liberté, Égalité, Fraternité.”

There is cause for rejoicing here, although for a while you may have to suffer through various trials, so that the genuineness of your faith, more precious than gold that is perishable even though tested by fire, may prove to be for praise, glory, and honor at the revelation of Jesus Christ. 1 Peter 1:6-7

This seems to me to be a good time to read the First Epistle of Peter, which helps us to refocus on our baptism:

. . .and this water corresponds with the baptism that now saves you also–not the removal of dirt from the body but the pledge of a clear conscience toward God. It saves you by the resurrection of Jesus Christ, who is at the right hand of God, having gone into heaven, after angels and authorities and powers had been subjected to Him.

God’s hand moves slowly, and his mind is unknowable, but we do not need to fully comprehend his plan. “Fear is useless; what is needed is trust.” Mark 5:36

Today is the feastday of the Lebanese Carmelite monk, Saint Sharbel Makouf, who stands amid the white-robed saints, before Christ Jesus and the Father, as Peter tells. Let us ask him to pray, from his place of eternal privilege, for the good of the Christians facing real persecution, here on earth. Light a candle and keep the prayer going.

For the peace of Jerusalem pray:
“Peace be to your homes!
May peace reign in your walls,
in your palaces, peace!”

UPDATE:
Don’t pass by this excellent report via Peter Jesserer Smith, in the Register:

Patriarch Louis Rafael I Sako denounced IS as worse than the country’s Mongol invaders during the medieval period.

“This has never happened in Christian or Islamic history. Even Genghis Khan or Hulagu [the Mongol destroyer of Baghdad in 1258] didn’t do this,” he said, according to Reuters, at a church service in Baghdad where 200 Muslims joined in solidarity.

“We are seeing great swatches of Christianity wiped from the Middle East,” said Edward Clancy, Aid to the Church in Need’s director of evangelization and outreach. He said IS enforces “the strictest and most brutal interpretation of sharia,” including “little children having their hands hacked off” for stealing food out of hunger

“They have no problem with crucifixion, and they have done it,” he said.

Clancy said Aid to the Church in Need confirmed IS’s atrocities with priests and bishops on the ground through its regional coordinator.

“Simply put, it is all true: They are kidnapping, there are crucifixions, beheadings, beatings and enforced conversions,” he said.

Clancy said he believed the Church leadership in Iraq was hopeful that Iraq would produce a national leader who could rally the country in a way similar to how Egypt’s president Fattah Al-Sisi has rallied Egypt to overthrow the Islamists of the Muslim Brotherhood. But the once hopeful mood has changed.

“Now their position is to prepare for the worst, while hoping for the best,” he said.

Read the whole thing. Don’t turn away. The Kurds are asking the US to help them hold off ISIS. Good luck with that, noble Kurds! 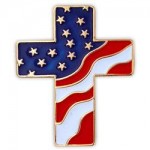 Catholic
As I Lay Like Broccoli: A Personal Prayer...
The Anchoress
TRENDING AT PATHEOS Catholic