Deacon Greg Kandra has linked to the words of an Orthodox Priest, Fr. Peter-Michael Preble, who is sketching out the difference between what American Christians perceive as persecution, and what what real persecution is:

Just yesterday, it was reported in the news that Syrian rebels have reentered the Syrian city of Maaloula, entered a Christian monastery, which also serves as an orphanage, kidnapped the 12 nuns living there and desecrated the monastery’s church. This was done for no other reason than they are Christians. That is persecution…

Father Preble goes on to effectively lay out some genuine insults to Christmas, given by us Christians, when we are thoughtless, or when — as with this story — we completely lose site of mercy and further bend the cross of Christ Jesus to the ground.

In the case of religious persecution, for example, the argument can be made (and I have certainly been willing to make it) that the creeping governmental and court-supported intrusions upon religious conscience are a kind of incipient persecution — one that portends an anti-religious, conscience-crushing future.

All symptoms noted, that future is distant. If we want to gain some useful perspective, however, on what anti-Christian persecution entails, and understand how 100,000 or so Christians are slain each year for professing the Christ, then it’s time to read John L. Allen’s unnerving new book, The Global War on Christians: Dispatches from the Front Lines of Anti-Christian Persecution 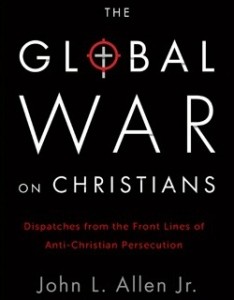 I confess, I have had the book for over a month, but have only just begun to read it. I even contacted Image books, seeking out a review copy, but when it arrived, I found myself facing the thing with dread. There would be, I knew, no merry Christmas stories within its pages.

The book was inspired, Allen writes, by a conversation he had in 2009 with Cardinal Timothy Dolan, of New York. Dolan mused that perhaps Christians had not roused themselves to confront the problem of [of persecution] because we “don’t have our own literature.” He meant that Christians haven’t told the stories of their new martyrs in a compelling way, in the same fashion that Jewish authors have described the horrors of the Shoah. This book is my own small contribution to a budding Christian genre dedicated to telling these stories…”

If some take immediate exception to that comparison, I beg them to subdue their outrage until they’ve read some of these reports, because while the horrors may not be as concentrated as the Shoah’s, they are eerily similar in depravity:

[In the Me’eter military camp and prison, located in the Eritrean desert off the coast of the Red Sea] the prison’s signature bit of cruelty is the use of crude metal shipping containers to hold inmates, with so many people forced into these 40-by-38 foot spaces, designed to transport commercial cargo, that prisoners typically have no room to lie down and barely enough to sit. The metal exacerbates the desert termperatures, which means bone-chilling cold at night and wilting heat during the day. When the sun is at its peak, temperatures inside the containers are believed to reach 115 degrees Fahrenheit or higher. One former inmate, lucky enough to be released after serving up a coerced confession, described the containers as “giant ovens baking people alive.” Because prisoners are given little water, they sometimes end up drinking their own scant sweat or urine to stay alive.

When not in lockdown, prisoners are forced into pointless exercises such as counting grains of sand in the desert at midday, and scores die of heatstroke and dehydration. There are no toilets inside the containers, just crude buckets overflowing with urine and feces, placing inmates at risk for infection with diseases such as cholera and diphtheria.
[…]
[One] survivor described being forced to squat on her haunches and lift three different sizes of rocks while moving them from one side of her body to another, over and over again. At one point she was tossed into a container with a female inmate who had been beaten so badly her uterus was actually hanging out of her body. The survivor desperately tried to push the uterus back in, but cries for help went unanswered and the woman died in agonizing pain.

That is excerpted from page 2.

Allen, who is a first-rate journalist, is very careful with this book; he is not sneering here at American fears of a coming persecution, but he is insistent that the reader understand the distinction between perceived persecution and its realities. He spends an appropriate amount of time examining why these stories, which are not unknown by governments and human-rights agencies, appear to get such short shrift; the reason is complex, but some of it is simply the global nature of the persecution, itself. After an eye-opening statistical overview (“Christians are the Target of 80 Percent of all Discrimination”) Allen looks at persecution in Africa, Asia, Latin America, the Middle East and Eastern Europe (by comparison, the combination of disdain and indifference shown to Christians by the West is a mild thing, indeed) and then deals with the five myths that have thus-far served as excuses for inaction:

When he’s done taking out those complacent theories, Allen looks at the fallout — social and political — of our negligence, the Spiritual Fruits of the Global War, and what is to be done.

Spiritual Fruits, some might wonder? Allen, early in the book, recounts a prophecy of Chicago’s Cardinal Francis George [who] memorably expressed where he believes Western society is heading in 2010:

“I expect to die in bed, my successor will die in prison, and his successor will die a martyr in the public square.” (Not often quotes is George’s more hopeful footnote after the reference to the martyred bishop: “His successor will pick up the shards of a ruined society and slowly help rebuild civilization, as the church has done so often in human history.

Rebuilding a civilization fallen to ruin thanks to depraved indifference to the dignity of human life, and the greed and glad-handing cronyism that separates the well-connected from the rest of humanity in an ever-widening chasm? It’s a tall order; it’s not low-hanging fruit. John Allen has done us a service in opening our eyes for, as the back of his book bluntly states without roundaboutation: “It’s time to wake up.”

Is this beneficial reading for Advent? I think so. It is one of those unhappy books we must make ourselves read, and for which we should be grateful.

Moreover, in these cold and shortened days, as we pray “Come, Lord Jesus!” this book can better help us speak these words most fervently on behalf of our brothers and sisters throughout the world, who await Christ’s coming less “with joyful hope” than with bodies and souls crying out for rescue, release and yes, heavenly peace. 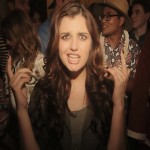 December 9, 2013
The Dark Joy of Hating Rebecca Black
Next Post 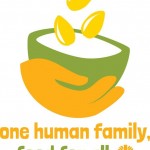 December 10, 2013 A Global Wave of Prayer, A Year-Long Campaign
Browse Our Archives
Related posts from The Anchoress