My New Book is Out! I Have a New Book! 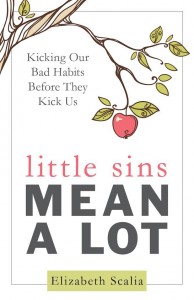 And seriously? I have no idea what to tell you about it. It’s called Little Sins Mean a Lot: Kicking Our Bads Habits Before They Kick Us, and I probably should never have written it.

The other day a friend said to me, “I just got your book in the mail; thanks a whole lot, pal! You’re a pain in the butt and I happen to like ignoring my little sins, because that leaves me free to fume about the big sins of the world, which feels a hell of a lot better than thinking about my own!”

To which I replied, “YOU? I have to try to live up to this damn thing!”

And I never will.

Here is an excerpt from Chapter 4, about Self-Indulgence:

It is astounding how easy it is to rationalize our way out of grace and into sin. I confess to having permitted myself a sinful period of “small” but potent self-indulgence in my own life, by way of the Catechism of the Catholic Church. By exploiting a simple line on how maturity and psychological-bearing contributed to behaviors, I rather masterfully (or madly, in retrospect) excused myself from self-accusation and conversion by recognizing that I was immature and psychologically deficient, which case I proved to myself (and eventually to a surprised priest) by suggesting that only someone immature and psychologically dented would grab a line from the Catechism in order to feel alright about her sinfulness, which was born of her immaturity and psychological woes.

The priest was so impressed with my creative rationalization that he gave me a creative penance and also ordered me to pray for an increase in vocations because, “if more people start thinking like you, we’re going to need a lot more priests!”

I mean, I don’t know what else to say about it. It will probably be good for book groups, and discussion groups and maybe continuing adult education?

I’m terrible at this self-promotion stuff. Once again, I will rely on Jay Sherman to do my bidding for me: 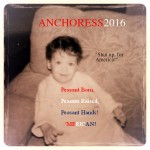 What We Need is Families
I've been helping my friend who needed food last week. Her story...
view all Catholic blogs
Copyright 2008-2021, Patheos. All rights reserved.