Who Writes Letters to Families? The Catholic Church, That’s Who…

“[The family] is the vital cell of society.”

Who writes letters to families? The Catholic Church, that’s who. In 1980, Pope John Paul II convened the Fifth Ordinary General Assembly of the Synod of Bishops to discuss The Role of the Christian Family in the Modern World. For background, the Synod of Bishops is a body of Bishops from all over the world which serves as a (non-binding) advisory council to the Pope on selected issues. There are Ordinary General Assemblies which address a topic suggested by the bishops that is universal, pastoral, contemporary and feasably approached. The topic is outlined, solicits feedback, reworked with the feedback, redistributed and then discussed at the conference. Typically, the Ordinary General Assembly will lead to a papally-produced letter, or Apostolic Exhortation. Next, there are Extraordinary General Assemblies convened to address a more pressing issue, with fewer members over a shorter period of time. Finally, there are Special Assemblies gathered to address regional issues. In all, there have been thirteen Ordinary Assemblies, ten Special Assemblies and two Extraordinary Assemblies since their inception after the Second Vatican Council.

Pope John Paul II’s first General (Ordinary) Assembly was on the family. And he would produce a letter (Apostolic Exhortation) to families called Familiaris Consortio (translated “Of Family Partnership”) or On the Role of the Christian Family in the Modern World. And what did he say? First, he articulated the reason to address the family.

“At a moment of history in which the family is the object of numerous forces that seek to destroy it or in some way to deform it, and aware that the well-being of society and her own good are intimately tied to the good of the family, the Church perceives in a more urgent and compelling way her mission of proclaiming to all people the plan of God for marriage and the family, ensuring their full vitality and human and Christian development, and thus contributing to the renewal of society and of the People of God.”

“The situation in which the family finds itself presents positive and negative aspects: the first are a sign of the salvation of Christ operating in the world; the second, a sign of the refusal that man gives to the love of God.

On the one hand, in fact, there is a more lively awareness of personal freedom and greater attention to the quality of interpersonal relationships in marriage, to promoting the dignity of women, to responsible procreation, to the education of children. There is also an awareness of the need for the development of interfamily relationships, for reciprocal spiritual and material assistance, the rediscovery of the ecclesial mission proper to the family and its responsibility for the building of a more just society. On the other hand, however, signs are not lacking of a disturbing degradation of some fundamental values: a mistaken theoretical and practical concept of the independence of the spouses in relation to each other; serious misconceptions regarding the relationship of authority between parents and children; the concrete difficulties that the family itself experiences in the transmission of values; the growing number of divorces; the scourge of abortion; the ever more frequent recourse to sterilization; the appearance of a truly contraceptive mentality.

At the root of these negative phenomena there frequently lies a corruption of the idea and the experience of freedom, conceived not as a capacity for realizing the truth of God’s plan for marriage and the family, but as an autonomous power of self-affirmation, often against others, for one’s own selfish well-being.”

“Following Christ, the Church seeks the truth, which is not always the same as the majority opinion.”

The Pope goes on to discuss what our modern culture, at times, finds difficult to hear. The family is the fundamental unit or cell of society. It is rooted in a devotion to Christ, a unifying, procreative, faithful and indissoluble relationship between husband and wife, and an uncompromising love for the children. The letter is celebrating the dignity of human life, establishing a loving community within the family, and cultivating relationships informed by a spirit of growth, sacrifice, mercy and reconciliation. It is ardent and outspoken about recognizing the equal dignity of women, the integrity of the elderly, the importance of children and the value of the sick and disabled. Even further, Pope John Paul II goes on to explain how the family is a Christ-charged microcosm for the larger society. If you want a functional society, it must be comprised of functional families. To paraphrase St. Francis of Assisi,

“Sanctify [your family] and you will sanctify society.”

Families that are careless about living by a bedrock, practical morality are at risk of being capsized in the immoral tempests of our times. And society with them.

Perhaps the Pope summed it up best when he wrote,

“The essence and the role of the family are in the final analysis specified by love. Hence the family has the mission to guard, reveal and communicate love, and this is a living reflection of and a real sharing in God’s love for humanity and the love of Christ the Lord for the Church his Bride.”

In 2005, Pope Benedict XVI wrote a letter to families attending the Fifth World Meeting of Families. For background, Pope John Paul II established the Pontifical Council for the Family (an arm of the Curia of the Roman Catholic Church) in 1981 for the express purpose of  promoting “the pastoral care of families, [protecting] their rights and dignity in the Church and in civil society, so that they may ever be more able to fulfill their duties.” Every three years, the Pontifical Council organizes the World Meeting of Families to discuss and promote the spiritual value of marriage and the family and the sanctity of human life. Pope Benedict’s letter emphasizes the inestimable value of the “human-ness” of family in an often inhumane world.

“Today, if they are to give a truly human face to society, no people can ignore the precious good of the family, founded on marriage. ‘The matrimonial covenant, by which a man and a woman establish between themselves a partnership of the whole of life, is by its nature ordered toward the good of the spouses and the procreation and education of offspring (can. 1055)’: this is the foundation of the family and the patrimony and common good of humanity.”

Lest one underestimate the Church’s opinion of marriage, the family and the irreplaceable call to raise children in the Faith, the Pope makes it clear once again,

“Thus, the Church cannot cease to proclaim that in accordance with God’s plans (Mt 19: 3-9), marriage and the family are irreplaceable and permit no other alternatives.”

“Parents are the first evangelizers of children, a precious gift from the Creator (cf. Gaudium et Spes n. 50), and begin by teaching them to say their first prayers. In this way a moral universe is built up, rooted in the will of God, where the child grows in the human and Christian values that give life its full meaning.”

“Today more than ever, the Christian family has a very noble mission that it cannot shirk: the transmission of the faith, which involves the gift of self to Jesus Christ who died and rose, and insertion into the Ecclesial Community.”

For two weeks in October, 2014, Pope Francis has called for an Extraordinary General Assembly of the Synod of Bishops to address the “Pastoral Challenges to the Family in the Context of Evangelization”. Explaining why this Extraordinary Assembly is being called within a year of an Ordinary General Assembly and the World Meeting of Families, Pope Francis said,

“This Synodal Assembly is dedicated in a special way to you, to your vocation and mission in the Church and in society; to the challenges of marriage, of family life, of the education of children; and the role of the family in the life of the Church.”

“I am writing this letter to you on the Feast of the Presentation of the Lord in the Temple. The evangelist Luke tells us that the Blessed Mother and Saint Joseph, in keeping with the Law of Moses, took the Baby Jesus to the temple to offer him to the Lord, and that an elderly man and woman, Simeon and Anna, moved by the Holy Spirit, went to meet them and acknowledged Jesus as the Messiah (cf. Lk 2:22-38). Simeon took him in his arms and thanked God that he had finally “seen” salvation. Anna, despite her advanced age, found new vigour and began to speak to everyone about the Baby. It is a beautiful image: two young parents and two elderly people, brought together by Jesus. He is the one who brings together and unites generations! He is the inexhaustible font of that love which overcomes every occasion of self-absorption, solitude, and sadness. In your journey as a family, you share so many beautiful moments: meals, rest, housework, leisure, prayer, trips and pilgrimages, and times of mutual support… Nevertheless, if there is no love then there is no joy, and authentic love comes to us from Jesus. He offers us his word, which illuminates our path; he gives us the Bread of life which sustains us on our journey.”

But perhaps, most striking, Pope Francis pleads earnestly for prayer.

“I ask you, therefore, to pray intensely to the Holy Spirit, so that the Spirit may illumine the Synodal Fathers and guide them in their important task…May we all, then, pray together so that through these events the Church will undertake a true journey of discernment and adopt the necessary pastoral means to help families face their present challenges with the light and strength that comes from the Gospel.”

John Paul II, Benedict XVI, Francis. Marriage, family, children. Love, dignity and faithfulness. God, Jesus and the Holy Spirit. I read these letters and consider what they are saying and what they are promoting and quite simply find that I am asking myself:

Who writes letters to families? The Catholic Church, that’s who. Thank God for that. 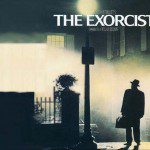 June 27, 2014
What I Learned From Revisiting "The Exorcist"
Next Post

July 11, 2014 On NOT Considering the Source (A Musing on Rumsfeld, Rand and St. John the Baptist)
Recent Comments
0 | Leave a Comment
Browse Our Archives
Related posts from A Catholic Thinker