Robin Williams is dead. And I still can’t believe it. As a five year old in Star Wars pajamas, I remember racing my sisters for the best seat in my parents’ bedroom to watch a quirky, kinetic bushy-haired alien clad in striped shirt and rainbow suspenders irresistibly saying “Nanoo-Nanoo”. Mork & Mindy was the television series that made Robin Williams a sensation.

As I grew older, I remember watching Williams as the squinty-eyed Popeye, the buxom and matronly Mrs. Doubtfire, and the fast-talking Genie in Aladdin. No matter who Robin Williams played, you knew he was going to be good. His signature pressured speech and animated expressions burst forth with an infectious enthusiasm and razor-sharp wit. I always had the impression that his brilliant mind had twice as many ideas as his fast-talking could even communicate. And his eyes had that puckish gleam teasing, “If only you could hear the rest of my thoughts, I would knock your socks off.” I have no doubt it was true.

But there is something more about Robin Williams that has always impressed me. In an age of cynical comedians who simply rely on shocking vulgarity or vicious insult, Robin Williams found a way to be both humorous and heartfelt. Yes, I’ve seen some of his stand-up and he can swear like a sailor. And yes, I know that he could have a raw and vulgar side. But consider, truly consider, the overall theme of his work.

In Good Morning Vietnam, Williams plays an enormously creative and engaging Armed Forces Radio Services disc jockey (Adrian Cronauer) who breaks all the rules of radio with his fast-paced, edgy but brilliant stream of humor in the midst of a confusing and deadly Vietnam War. Williams shined, first and foremost, for the machine-gun style of comedy which was largely improvised on the spot for sustained durations of time. But the story was not all about Williams (Cronauer). It was about the war – and the soldiers who were fighting it.

In one poignant scene, Williams finds himself in a jeep next to a convoy of young soldiers off to fight in one of the deadliest theaters in Vietnam. Williams falls naturally into his improvised give-and-take humor with the soldiers and soon he is running down the line asking them for their names. Before long, the men are shouting their names. And it is as if by shouting their names – by making their names and identity known before this next deadly campaign…by making it known to a man whose voice they respect and has been a voice that understood them – their names would be preserved and held sacred. Sensing this, the smile on Williams’ face becomes wistful. And he gently calls out, as the convoy lumbers away,

“You guys take care of yourselves. I won’t forget you.”

In Dead Poet’s Society, Robin Williams plays a deeply human English teacher (John Keating) in an austere boys’ boarding school. Breaking with a rigid and unfeeling tradition, Williams seeks to introduce his students to the romance and beauty of poetry. Through unconventional teaching methods and a genuine personal investment, Williams draws forth the wonder deep inside each of these boys. And within these boys a new flame of passion begins to burn ever so bright.

In one thoughtful scene, Robin Williams asks a student to read a cold, academic description of poetry from his textbook, after which Williams tells the class to rip the description out of the book and throw it away. Shocked and intrigued, the boys do it with glee. But that is not all. Next, Williams draws them into a mid-classroom huddle where he crouches beneath them and says,

Finally, in what I would argue is his greatest performance, Robin Williams plays a therapist-turned-community college psychology professor (Dr. Sean Maguire) who is asked to counsel a brilliant yet troubled young man (Will Hunting played by Matt Damon). Damon, a young custodian at MIT is a genius with immense potential who finds himself destroying opportunities and relationships at every turn. Referred to and exhausting the best and brightest in psychology and psychiatry, he finds himself standing before the unlikely last hope, the therapist played by Robin Williams. Williams character sees past the arrogant, cutting remarks made by Damon to find the deep pain and dignity within. Damon can be cutting in his treatment of anyone who tries to get close to him. So Williams, after honestly considering the hurtful, cocky jibes Damon throws at him, sits on a park bench and says,

“So if I asked you about art, you’d probably give me the skinny on every art book ever written. Michelangelo, you know a lot about him. Life’s work, political aspirations, him and the Pope, sexual orientation, the whole works, right? But I’ll bet you can’t tell me what it smells like in the Sistine Chapel. You’ve never actually stood there and looked up at that beautiful ceiling. Seen that. If I ask you about women, you’d probably give me a syllabus about your personal favorites. You may have even been [#$@%&] a few times. But you can’t tell me what it feels like to wake up next to a woman and feel truly happy. You’re a tough kid. And I’d ask you about war, you’d probably throw Shakespeare at me, right: ‘Once more into the breach, dear friends.’ But you’ve never been near one. You’ve never held your best friend’s head in your lap, and watch him gasp his last breath looking to you for help. I’d ask you about love, you’d probably quote me a sonnet. But you’ve never looked at a woman and been totally vulnerable. Known someone that could level you with her eyes, feeling like God put an angel on Earth just for you. Who could rescue you from the depths of Hell. And you wouldn’t know what it’s like to be her angel, to have that love for her, be there forever, through anything, through cancer. And you wouldn’t know about sleeping sittin’ up in the hospital room for two months, holding her hand, because the doctors could see in your eyes that the terms ‘visiting hours’ don’t apply to you. You don’t know about real loss, ’cause that only occurs when you’ve loved something more than you love yourself. And I doubt you’ve ever dared to love anybody that much.

I look at you. I don’t see an intelligent, confident man. I see a cocky, scared s–tless kid. But you’re a genius, Will. No one denies that. No one could possibly understand the depths of you. But you presume to know everything about me because you saw a painting of mine. You ripped my f–kin’ life apart. You’re an orphan, right? (nodding) Do you think I’d know the first thing about how hard your life has been, how you feel, who you are, ’cause I read Oliver Twist? Does that encapsulate you? Personally, I don’t give a s–t about all that, because you know what, I can’t learn anything from you I can’t read in some f–kin’ book. Unless you want to talk about you, who you are. Then I’m fascinated. I’m in. But you don’t wanna do that, do you, sport? You’re terrified of what you might say. Your move, chief.”

You see, Robin Williams is dead. He committed suicide. And all the post-mortems are waxing about his severe depression and his substance abuse and the tortured souls of comedians and his three marriages and on and on and on. But do you know what? I can’t explain Robin Williams. No one can. Just like he said in Good Will Hunting,

“You’re an orphan, right? (Damon nodding) Do you think I’d know the first thing about how hard your life has been, how you feel, who you are, ’cause I read Oliver Twist?”

None of us can explain the darkness and light, the pain and the joy that made up Robin Williams simply by watching some interviews, seeing his movies and hearing some gossipy anecdotes from his friends. Because Robin Williams was infinitely deep and complex. A mystery, likely, even to himself. Just like we all are. And ultimately to be explored by God.

I can’t explain Robin Williams. But what I can explain is how his films moved me. They were quick, insightful and, at times, downright hilarious. But, even more, they were touching. In the midst of the humor, there was a sweetness – a gentleness like the softest kiss that said this soldier is special, these students are meaningful, this young man is dignified. In the depth of his movies, there was a soul. And it celebrated man in his suffering.

I can’t explain Robin Williams. I can’t. But I will pray for him.

May God rest his soul and bless his family. 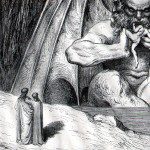 August 19, 2014 ISIS, Evil & the Crisis of Moral Relativism
Recent Comments
0 | Leave a Comment
Browse Our Archives
get the latest from
Catholic
Sign up for our newsletter
POPULAR AT PATHEOS Catholic
1