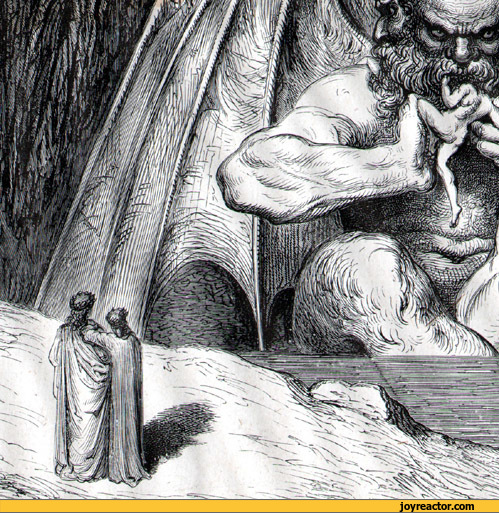 “The finest trick of the devil is to persuade you that he does not exist.”

“For all denunciation implies a moral doctrine of some kind.”

“That’s my boy!” A beaming father tweeted a photo of his seven year-old son. But this tweet was not about his son’s game-saving catch or fierce landing of a king salmon or even his strong finish in the local spelling bee. No, Khaled Sharrouf attached this praise to a picture of his smiling son holding a severed human head by the bloody hair.

Welcome to ISIS. If you have not heard about them yet, you will. ISIS [the Islamic State in Iraq & Syria, or the Islamic State in Iraq & the Levant (ISIL), or simply the Islamic State – hereafter called ISIS] is the most ruthless, brazen jihadist army the world may have ever seen. For further description, please see my previous posts here, here, and here. Khaled Sharrouf found ISIS compelling enough to leave Australia with his family to arrive in Syria and partake in particularly vicious bloodletting in the name of jihad and the cause of re-establishing the worldwide Islamic Caliphate. With a large cache of money and weaponry at their disposal, ISIS has unleashed a lightning speed butchery in Iraq and Syria unprecedented in scope, fury, and success (with the closest comparison being the 1940-41 National Socialist onslaught in Western Europe and against the Soviet Union). And their achievements are difficult to ignore.

Well over one million refugees have fled their homes and cities fearing certain death if they refused conversion to Islam. Thousands have been tortured, raped and murdered via gruesome means including beheadings, crucifixions, stonings and mass shootings. The culture being erected includes women and girls sold into sex slavery, female genital mutilation, and draconian rules outlawing tobacco, alcohol, and revealing attire. Absolute and fierce adherence to ISIS’ vision of Islam is the unbending law and a hair’s deviation earns pitiless punishment. And this is all being enacted by a group that is awash with money, oil reserves, territory, weapons and a rabid following.

Now the point of this post is not simply to reiterate the unparalleled viciousness unfolding before our eyes day after bloody day in Iraq and Syria – though this, unquestionably, would be reason enough. Rather it is to call attention to a crisis that is being forgotten or, more likely, conveniently ignored: The Crisis of Moral Relativism in the face of Naked Evil.

We are observing the wreckage of ISIS from positions of great privilege. From our convenient perches in the West, we can wear several layers defending against an autumn chill, warmly sip a cappuccino, peer through our half-moons at the full expanse of the Sunday New York Times and shake our heads at the larger world we live in. As we consider the groceries we’ll order or our next iPad upgrade, we find ourselves jarred by the image of a refugee child, a grown man on his knees pleading for his life before execution (in vain) and a woman our mother’s age navigating a rocky mountain with a walker. Whether we know it our not, in this moment – in this very moment – we are being confronted with a truth that shatters all the “enlightened” theories we have been dreamily nursed on for years.

In the post-modern world, we have been led to believe that truth is relative to person, place, time and culture. This notion has led many to approach different faiths, cultures, nations and people with the exalted virtues of open-mindedness and tolerance. By allowing our “firmly-held” principles to be subordinate to the principles of others, we are commended as being enlightened and unofficious. But there are two important logical conclusions that follow from this practice. First,

In extolling the virtues of everyone else’s “truth”, we may soon find ourselves denigrating truth.

“These are the days when the Christian is expected to praise every creed except his own.”

If the truth is relative, then there is no truth.

Or to paraphrase Fyodor Dostoyevsky,

“If there is no [Truth], everything is permitted.”

With all relative and nothing absolute, there is no standard. There is no right or wrong, fair or unfair, good or evil – just gentlemanly differences of opinion. But in the end, absent a guide such as right, wrong, fair, unfair…what will guide the direction a person, a culture, or a society goes in? Power. So the unholy alliance in a morally relative world is between aggressive entities ruthlessly executing their will and their passive observers falling all over themselves asking “Who are we to judge?”. That famously sophisticated line, “Who am I to judge?” has been the accomplice to many horror stories.

But ISIS and the brute nakedness of their evil unnerves even the most “enlightened” observer. Try as one might, it is impossible to defend ISIS as simply another religious-cultural iteration deserving the right to practice their own version of the truth. I challenge anyone to tell me how a father standing over a son gleefully holding a severed head is acceptable. I ask anyone to explain the nuance necessary to understand forcing 1400 men with bound hands onto their bellies and machine gunning them. I request the enlightening didactic about the cultural peculiarities of pre-teen daughters stripped from their parents to serve as child brides and sex slaves to grown men. Is all this relative?

Enough nonsense. We are all reviled by this. Even when the Soviets massacred 22,000 Polish soldiers in the Katyn forest in 1940, they denied responsibility and shifted it to the Nazis. Likewise, the Nazis blamed the Soviets. Even for movements as nefarious as these, there seemed to be some degree of embarrassment (unlikely, shame) at such butchery. Meanwhile, ISIS posts its mass executions on YouTube. Can anyone claim with a straight face that ISIS’ worldview and practice is simply one truth among many? Is their belief system and its implementation simply a cultural expression that requires sensitivity and deference?

Perhaps, then, we can agree on something. Perhaps we can agree that what ISIS is doing is…unsettling? Okay. Maybe we could go further and call it…wrong? And is it possible, just possible, that we may find ourselves naming their untethered sadism…evil? You see, once we have moved from a cozy, theoretical, dispassionate, anthropologic interest in a human affair to a true understanding of what is happening, we find ourselves stirred by a deeper sense of inviolable (perhaps, even sacred) human dignity and justice. We have moved from the realm where all truth and morality is relative (where ISIS can do what it wants as long as it has the power to do it because ‘who am I to judge?’) to the realm where there is an absolute standard of truth and morality (where human life is dignified, ought to be respected and the violation of this dignity demands justice be served).

By calling the actions of ISIS unacceptable, we have shattered relativism for all time. Because we have invoked an absolute standard: Right and Wrong. How novel that we live in a world where this should be controversial? As Winston Churchill once said,

“It is an important thing to diagnose the evil…”

But first we must believe in evil.

August 25, 2014 On Suffering, St. Bartholomew & the Murder of James Foley
Recent Comments
0 | Leave a Comment
Browse Our Archives
get the latest from
Catholic
Sign up for our newsletter
POPULAR AT PATHEOS Catholic
1

If Any Drug Tested on HEK-293...
Through Catholic Lenses
Related posts from A Catholic Thinker

Catholic
On Aylan Kurdi: The Bell Is Tolling, The...
A Catholic Thinker

Catholic
On Suffering, St. Bartholomew & the Murder of...
A Catholic Thinker

Catholic
Toppling ISIS & the Tyranny of Guilt
A Catholic Thinker