Thomas Merton & “the Most Remarkable People He Ever Knew” 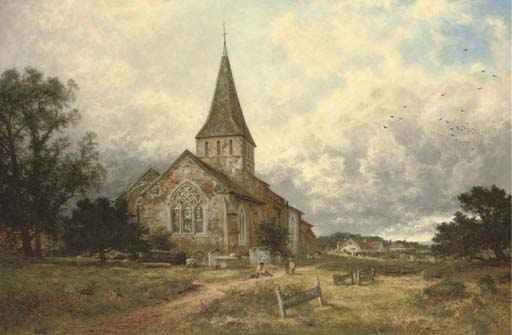 He considered them “among the most remarkable people I ever knew.”

And he met them when he was just twelve.

The Privats came into Thomas Merton’s life by chance.  Merton’s father was a widower and itinerant artist. His most recent wanderings landed him in Murat, the rustic, mountainous terrain of central France. And the Privat’s small home was nestled where lush valleys kissed fir tree-lined foothills. As his father found himself in various French locales to paint, he left his son, Thomas, to enjoy weeks at a time with the Privats. It was there that he ate well, recovered from childhood illness, romped through the woods and mountainside. But there was more. At twelve years old with a deceased mother, a roving (almost absentee) father and a hard-edged school experience, time with the Privats provided a rootedness, a foundation. In the town’s statue honoring Our Lady of the Immaculate Conception, in the home’s peaceful remove from the harshness of the city, in the Privat’s quiet honor that enveloped each act of their day, Thomas sensed it. He could tell, though he was only twelve, there was something special here.

As he recalled in his autobiography, The Seven Storey Mountain,

“I no longer possess any details about them. I just remember their kindness and goodness to me, and their peacefulness and utter simplicity. They inspired real reverence, and I think, in a way, they were certainly saints. And they were saints in that most effective and telling way: sanctified by leading ordinary lives in a completely supernatural manner, sanctified by obscurity, by usual skills, by common tasks, by routine, but skills, tasks, routine which received a supernatural form from grace within, and from the habitual union of their souls with God in deep faith and charity. Their farm, their family and their Church were all that occupied these good souls, and their lives were full.”

He sensed it. He knew it.

Deep in their routine, suffusing their lives’ structure and order was holiness. It wasn’t a holiness of perfection. It wasn’t an otherworldly veneer of piety that queerly detached from the trials of daily life. Theirs was an eyes-wide open Catholic faith that saw the supernatural breathe meaning into the common, that grasped the deeply sacred in the midst of the profane.

But it was sitting on the home’s balcony as September’s daylight became dusk that Thomas truly grasped what the Privat’s faith meant to them. Having grown comfortable and feeling urbane and sophisticated, Thomas spoke boldly of religion.

Their response was striking.

“They did not answer with any argument. They simply looked at one another and shrugged and Monsieur Privat said quietly and sadly,’Mais c’est impossible’.”

“But, it is impossible.”

The pre-teen was shaken. And shamed. His pride had consequences. His impulsiveness to prove himself and his cocksure drive to argue showed just what a boy he was. The piffling stance of the child met the honest faith of the man and woman. And he sensed how large was their God…how small was his “wisdom”.

But most profoundly, they treated his assertion as grave. Quite grave. As Merton recalled,

“They did not give me the feeling that this was some slight matter, something to be indulged in a child, something that could be left to work itself out in time, of its own accord. I had never met people to whom belief was a matter of such moment…And I thank God from the bottom of my heart that they were concerned, and so deeply and vitally concerned, at my lack of faith.”

The emptiness of the world had spoken through the boy, Thomas. There are no rules. There is no right or wrong. Conscience is the sole determinant of action. The rudderless ship can lead you to your proper destination. Not to worry, the enlightened lad assured. Not to worry.

Before long, young Thomas and his father would move on. And he would never see the Privats again. But their quiet model, their true belief and their willingness to honestly engage, even in the most subtle of ways, on matters of great importance had an unparalleled impact on the boy who would become Catholic and ultimately a Trappist monk.

“Who knows how much I owe to those two wonderful people? Anything I say about it is only a matter of guessing but, knowing their charity, it is to me a matter of moral certitude that I owe many graces to their prayers, and perhaps ultimately the grace of my conversion and even of my religious vocation. Who shall say? But one day I shall know, and it is good to be able to be confident that I will see them again and be able to thank them…After all, going to Murat was a great grace. Did I realize it? I did not know what a grace was.”

The Privats lived their faith simply and honestly. And Thomas Merton sensed it, respected it and was transformed by it.

Perhaps others are watching us, listening to us, sensing something in us.

Perhaps we too, unknowingly, can be a grace to another. 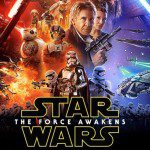 January 11, 2016
What This Catholic Dad Saw at Star Wars
Next Post 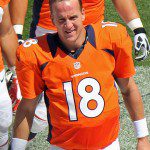 January 26, 2016 Why Peyton Matters
Recent Comments
0 | Leave a Comment
"Thank you. I find this article a good one to keep in mind tha argument ..."
Lady Bird What Pope Benedict XVI & G.K. ..."
"Gotta wonder how much of his idealization of children would have survived if he had ..."
The Sanity Inspectorن​ All of Chesterton’s Children
"I have been reading "The Four Men" every year at this time, late October. This ..."
P. O'Brien Not Missing the Sacramental Journey: Hilaire ..."
"Regular updates to the countdown to the Day of the Lord by the sign of ..."
Edward Palamar “Something Absolutely Modern” – The Insincere ..."
Browse Our Archives
Related posts from A Catholic Thinker