Fellow LDS-Mormon Patheos blogger James Faulconer has argued that people in the LDS-Mormon community should resist the impetus to identify with “schools of thought”, or sects.  He’s clearly got the best of intentions.  In conjunction with his resistance to systematic theology, Faulconer’s antipathy to factions in LDS-Mormonism aims to preserve a unity of the faith.  Jesus himself warned his followers that he would disavow them if they were not “one”.  So there’s some scriptural weight behind Faulconer’s interest in a church without theological divisions.

I’m confident that Faulconer and I could have a pretty happy lunch together.  He seems so careful and genuine that I’d not feel defensive, and he’d probably chuckle to himself over my habit of speaking with my mouth full.  It’d be a good time.

It’s not that I think we should strive to separate ourselves into schools of thought.  My objection is that we crossed the sectarian bridge a long time ago.  The notion that we have a choice not to be “schooled” strikes me as hopelessly idealistic.  The very suggestion that the church exists at all without factions is sectarian.  Whatever idea you might identify will be rooted in someone’s particular understanding of things, so that no matter what belief you hold, you’ll find yourself following some school or another, even if you’re an unmitigated genius and your thoughts don’t come from anywhere but yourself.

Even “Follow the Prophet”—that silver bullet that self-identifying, LDS-Mormon centrists love to fire at those they feel encroaching on their ownership of the space, that heresy-killer that might unify us all by eliminating objection—is a sectarian dogma.  There was a time in which the plan for unity was that LDS-Mormon folks would follow the majority of the Quorum of the Twelve.  That school of thought, of course, presumes differences of opinion in that quorum and that those differences would be a matter of public record.  And that school of thought did not assert that the prophet’s word would be the final, incontestable one.

That school of thought is barely alive, these days, but what replaced it was not Divinely Decreed Unity, so much as another school of thought, the foundation of which was laid by the brutish way in which Brigham Young rebuilt the First Presidency on the Iowa Plains.  The whirlwind that we have all reaped as a consequence of Brigham’s authoritarian faction has been, among other things, the institutionalization of racism in the church that couldn’t be uprooted without another faction that could repudiate its predecessor and try to repair the damage.

If we’d had some sects in the church a bit earlier—some robust, noisy sects—the institution might not have been a shameful century late to admit that the faction that instituted and sustained the church’s racist policies and practices was just plain wrong.

Regarding so many other elements of contemporary LDS culture that are increasingly causing perfectly sound believers to take sabbaticals from church, one could hardly say that we can be unified under some wholly, perfectly realized gospel Truth.  That point at which self-identifying centrists have planted their flag is factional—the school of thought that quirks of the twentieth century most empowered.  At the risk of sounding unnecessarily combative, we could call this ever-more rapidly decaying sect the Fielding-Smith School.

The unwarranted empowerment of that school in the previous century, and the damage it is doing as it clings to its power, is why we should have more sects.  The more sects we have, the healthier and happier the church will grow for an increasing number of people.  And I’m not forgetting all of Jesus’s “be one” stuff, either.  “Be one, or be off with you,” is not a ban of sectarianism.  Given that Jesus’s biggest beef was with those religious sects that wanted to assert themselves as the unity to which all must conform, we might consider whether Jesus’s call for oneness was a call for everyone to think and act alike, or, rather, a plea that everyone climb down from their high horses and make room for everyone else, and for all the differences in them.

Maybe Jesus’s One True Church isn’t One and True for having one way of thinking to which all must subscribe, but for having such love that everyone—and everyone’s thinking—is welcome.  The church that does not string itself up with a hypocrisy noose is the church that acknowledges and accepts schools of thought as the legitimate parts that make up the unified whole.  We could say that the True Church engages in sects as an expression of love between consenting adults.

Faulconer’s not interested in group-think or in any kind of monolithic dogma that admits no variety, and I don’t want to give the impression that I’m misreading him, in this way.  He concludes his recent essay with the hope that different ways of thinking will flourish in the church, but without leading to subdivisions that cause contention.  My fear is that without a whole lot more sects than we’re having, the capacity of one faction to abuse its power will go unchecked.

Sects will keep us from smothering ourselves in the pharisaical rottenness that exclusionary dogma so frightfully empowers.

November 6, 2015 Do Not Suffer the Children
Recent Comments
0 | Leave a Comment
Browse Our Archives
get the latest from
Latter-day Saint
Sign up for our newsletter
Related posts from Aestheism 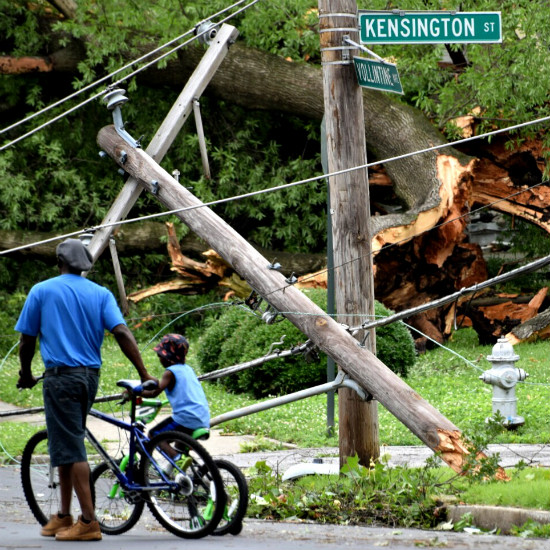